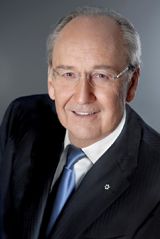 James C. Temerty, C.M., the founder and main sponsor of the Ukrainian Jewish Encounter, is Chairman of Northland Power Inc., a major Canadian independent power company. Mr. Temerty is an entrepreneur with over forty years of business experience. Before establishing Northland Power in 1987, he had a successful career with IBM and in computer-related companies, building the world’s largest chain of ComputerLand franchises and guiding Softchoice Corporation to its position as a leading North American provider of software and hardware technology solutions and services. Mr. Temerty has also been active in community projects, including serving as Chair of the Board of Governors of the Royal Ontario Museum from 2002 to 2009. Philanthropically, he has donated to various causes in health care, education and culture. Internationally, he is Chairman of the Advisory Council of the Kyiv-Mohyla Business School. He was appointed a member of the Order of Canada in 2008. 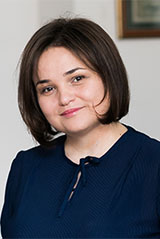 Sofia Dyak – director of the Center for Urban History, an institution working across the fields of academic research, education, public and digital history in Lviv, Ukraine. She received her PhD at the Institute of Philosophy and Sociology of the Polish Academy of Sciences (Warsaw), MA in History from the Central European University (Budapest) and BA in History from the Lviv National University. Her research interests include post-war history of border cities in Eastern and Central Europe, heritage practices and urban planning in socialist cities and their legacies, cultural management and infrastructures in the Soviet Ukraine during late Socialism period.  Dr. Dyak was a fellow of the German Historical Institute in Warsaw, the Gerda Henkel Foundation, the Institute for Human Sciences in Vienna, the Historical Dialogue and Accountability Program at the Institute for the Study of Human Rights of Columbia University and the Harvard Ukrainian Research Institute. In 2019-2023 she is a senior research fellow at the research project “Legacies of Communism” led by the Center for Contemporary History in Potsdam. She is also a curator of exhibitions and educational projects related to rethinking the past, especially in urban public spaces. In 2010-2017 she was a co-curator of the series of summer schools on Jewish history and culture at the Center for Urban History. 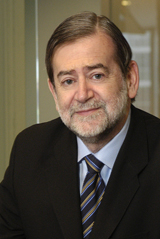 Mr. Freiman is co-author of The Litigator’s Guide to Expert Witnesses, and frequently writes, teaches at the university level, and speaks on topics related to national security, human rights law, and media. He has been the recipient of numerous academic awards and is currently Adjunct Professor of Law at Osgoode Hall Law School. In addition to undergraduate and graduate law degrees from the University of Toronto, Mr. Freiman also holds a PhD in Modern Thought and Literature from Stanford University. Mr. Freiman’s family is originally from Galicia. He is a principal figure in the “Return to Dignity” project in his father’s birthplace of Sambir, Ukraine. The aim of the project is rehabilitation of the ancient Jewish cemetery in Sambir and of the mass graves of Jewish victims of the “Holocaust by Bullets” in the cemetery and in the nearby forest at Ralivka. 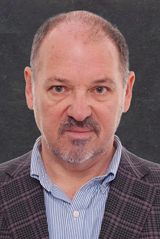 Adrian Karatnycky, one of the original founders and Co-Director of the Ukrainian Jewish Encounter, is a Senior Fellow at the Atlantic Council in the United States and director of its Ukraine-North America Dialogue. From 1993 until 2003, he was President of Freedom House, during which time he developed programs of assistance to democratic and human rights movements in Belarus, Serbia, Russia, and Ukraine, and devised a range of long-term comparative analytic surveys of democracy and political reform. For twelve years he directed the benchmark survey Freedom in the World and was co-editor of the annual Nations in Transit study of reform in the post-Communist world. He is a frequent contributor to Foreign Affairs, Newsweek, the Washington Post, the Wall Street Journal, the Financial Times, the New York Times, and many other periodicals. He is the co- author of three books on Soviet and post-Soviet themes. 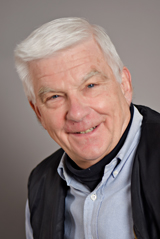 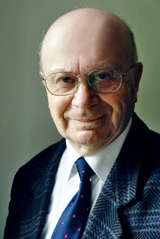 Wolf Moskovich is Professor Emeritus and formerly Professor and Chairperson of the Department of Russian and Slavic Studies at the Hebrew University of Jerusalem (1976-2004). His main fields of interest include Slavic studies (Ukrainian studies in particular), Jewish culture and history in Eastern and Central Europe (Yiddish studies in particular), interrelations between Jews and Christians, and languages and cultures in contact. He studied at Chernivtsi State University in Ukraine, received his PhD (1965) from the Moscow Institute of Foreign Languages, and Dr. Hab. (1971) from the Academy of Sciences of the USSR, Leningrad. From 1965 to 1974 he was also senior researcher and laboratory director in computational linguistics and cognitive studies for the Committee for Inventions and Discoveries of the USSR, Moscow.

He has been Visiting Professor at the universities of London, Oxford, Cornell, Pennsylvania, Rome, and Bratislava. He has over three hundred publications, including twelve monographs, mainly in the fields of theoretical and Slavic philology, and Jewish and Ukrainian culturology. He is editor-in-chief of the book series Jews and Slavs (volumes 1-25, Jerusalem) since 1993. He is President of the Israeli Committee of Slavists and a member of the International Committee of Slavists. Honours received include: Foreign Member of the National Academies of Sciences of Ukraine and Slovenia; and the V. Zhabotinsky Gold Medal of the Ukraine-Israel Friendship Society (Kyiv) for promoting mutual understanding among nations. 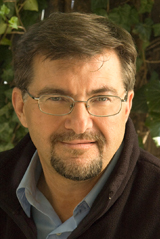 Serhii Plokhy is the Mykhailo Hrushevsky Professor of Ukrainian History and the director of the Ukrainian Research Institute at Harvard University. Prior to coming to Harvard, Plokhy was Professor of History at the University of Alberta and Associate Director of the Peter Jacyk Centre for Ukrainian Historical Research at the Canadian Institute of Ukrainian Studies. His interests include the history of Ukraine and the intellectual, cultural and international history of Eastern Europe. A leading authority on the region, he has published extensively in English, Ukrainian and Russian. Plokhy is the author of several influential monographs, including Yalta: The Price of Peace (New York, 2010); The Last Empire: The Final Days of the Soviet Union (New York, 2015) and The Gates of Europe: A History of Ukraine (New York, 2016). His books won numerous international awards, including the Lionel Gelber Prize (Canada), the Pushkin House Book Prize (UK), the Antonovych Foundation Award (USA), and the Ambassador of New Europe Award (Poland). In 2013, he was named Walter Channing Cabot Fellow at the Faculty of Arts and Sciences of Harvard University for scholarly eminence in the field of history. 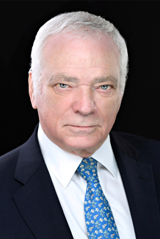 Berel Rodal, one of the original founders of the Ukrainian Jewish Encounter, serves as Chair of the UJE Advisory Board. He provides strategic advice and related services to select clients in both the private and public sectors. His professional experience as a senior official in the Government of Canada for twenty years included policy, planning, and executive responsibilities in the national unity, foreign affairs, international trade, defense, security, and economic domains.

He was a member of Canada’s team negotiating the Canada-U.S. Free Trade Agreement, precursor of NAFTA. He writes and lectures on nationalism and political identity, the state and governance issues, and international political and security affairs. He holds degrees from McGill and Oxford Universities. He served for a decade as Vice Chair of the International Center on Nonviolent Conflict, based in Washington, DC, and is a founder of the North American Forum, which convenes select political, official, business and societal leaders from the United States, Canada, and Mexico to advance North American security, resilience, and prosperity. He was awarded the Queen Elizabeth II Golden Jubilee Medal in 2002, and the Diamond Jubilee Medal in 2013. 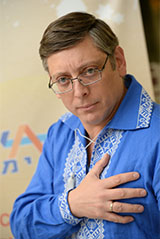 Igor Shchupak — Ph. D, director of "Tkuma" Ukrainian Institute for Holocaust Studies (1999–2002, 2004–present) and Museum “Jewish Memory and Holocaust in Ukraine” in Dnipro (2010–present). Prior to that, worked as the editor-in-chief of the "Premier" Publishing House (Zaporizhzhia, Ukraine), the editor-in-chief of the weekly Forum (Toronto, Canada), and a teacher of higher and secondary educational institutions of Ukraine. Dr. Igor Shchupak is an author of more than 150 scientific works on history, published in Austria, Belorussia, Israel, Canada, Poland, Russia, Ukraine and other countries, as well as 20 history textbooks for secondary schools of Ukraine, recommended by the Ministry of Education and Science of Ukraine. He was a scientific consultant for fictional film and a number of documentaries. He is a member of Ukrainian-German Historical Committee, Ukrainian-Polish Committee of Experts on Improving the Content of Textbooks on History and Geography, head of the author’s team to create new programs and history textbooks for Ukrainian schools. Igor Shchupak is a member of the Editorial Board of Institute for Euro-Asian Jewish Studies (EAJC), Israel; member of Academic Council of the Scientific Journal "War and Memory" («Wojna i Pamięć») World War II Museum (Gdansk, Poland). Honored Educator of Ukraine (2018).