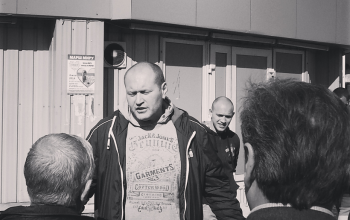 Tablet: Right-Wing Ukrainian Leader Is (Surprise) Jewish, and (Real Surprise) Proud of It

Posted On: December 3rd, 2014
Posted In: Jewish Life in Ukraine

My meeting with Right Sector’s Borislav Bereza, newly elected member of the Ukrainian Parliament, the Verkhovna Rada, took place on a sunny Friday morning. We met at a table with a magnificent view of the Dnieper River on the third-floor food court of the Sky Mall in Kiev. 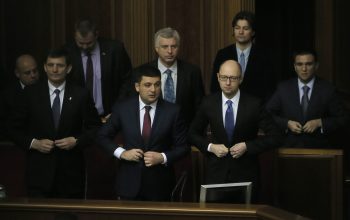 Posted On: November 29th, 2014
Posted In: Jewish Life in Ukraine

Ukraine’s 450-seat parliament elected on Thursday its first Jewish Speaker, as it convened for the first time since the embattled country’s elections in October. 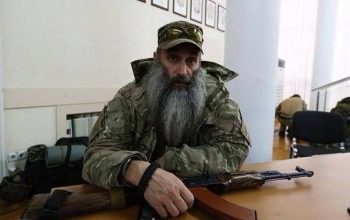 Posted On: November 25th, 2014
Posted In: Jewish Life in Ukraine

With his gray beard, AK-47 assault rifle and camouflage fatigues, Asher Joseph Cherkassky looks like an Eastern European version of Fidel Castro. But Cherkassky’s look is no attempt to emulate the Cuban revolutionary or any of his bearded associates. Rather, it is the result of his being an Orthodox Jew who is also a fighter in the Dnipro Battalion — a Ukrainian paramilitary force tasked with blocking any Russian advance from the east. 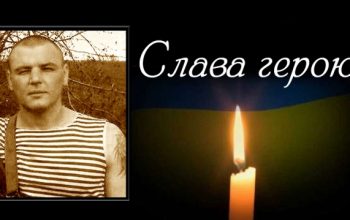 Andrey Boltushenko, a security guard of the "Menora" Jewish center, was buried on October 20, 2014 in the village of Peschanka in the Dnipropetrovsk region. He fought against terrorists and Russian troops as a soldier... 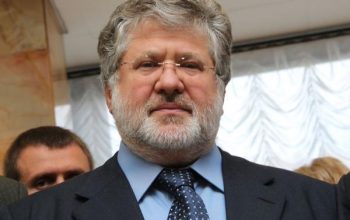 Haaretz: Is this man the most powerful Jew in the world?

Igor Kolomoisky is not a man to trifle with niceties. The third-richest citizen in Ukraine – and suddenly one of the most influential politicians in the torn country – enjoys discomfiting people who meet him for the first time. 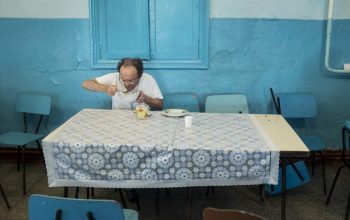 The Atlantic: The Scattering of Ukraine's Jews

Posted On: October 2nd, 2014
Posted In: Jewish Life in Ukraine

Aleksandr Zadov recalls the last time war forced him out of his home in Donetsk. The year was 1941, and Nazi troops were occupying the eastern Ukrainian city. He and his parents escaped under the cover of darkness to Kazakhstan. 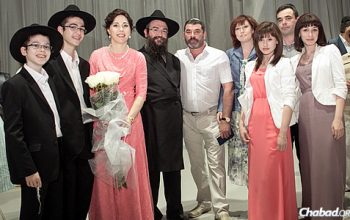 Posted On: September 8th, 2014
Posted In: Jewish Life in Ukraine

Rabbi Pinchas Vishedski and Garik Zylberbord had been close for years. Zylberbord was one of Vishedski’s earliest friends and supporters when the rabbi first arrived in Donetsk, Ukraine, in 1993. The two remained in close contact as the conflict in the eastern part of the country, which began back in February, burned into war and forced the rabbi to flee to Kiev just two weeks ago. 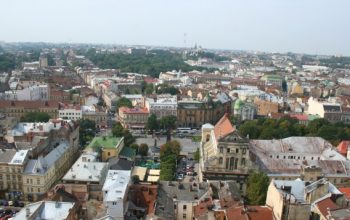 Ukrainian supreme court forbade the municipality of Lviv from going ahead with controversial plans for commemorating Jewish heritage sites. The Supreme Economic Court of Ukraine issued its ruling Wednesday against the city’s plans to design and build projects that would commemorate three Jewish sites instead of restoring them. 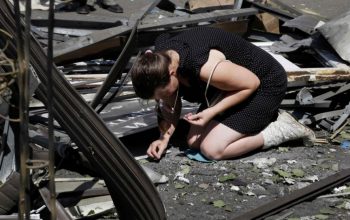 No longer just a World War II scenario, in the past weeks several hundred Jews from pro-Russian rebel Donetsk and Luhansk in eastern Ukraine have fled their war-torn cities with little other than the clothing on their backs. Their unlikely “displaced persons camp”? A Chabad facility for children in western Ukraine’s Zhitomir, a two-hour drive west of Kiev.