Vitaly Portnikov: Shevchenko was not an anti-Semite 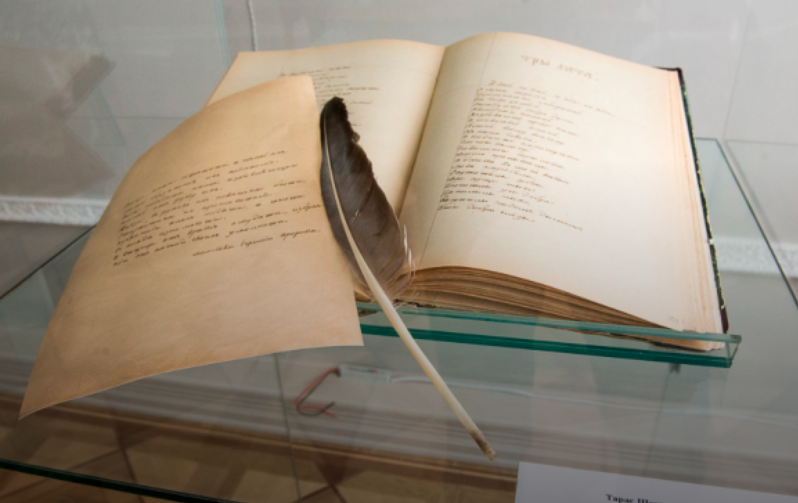 One hundred and sixty years ago, in November 1858, the journal Russkii vestnik (Russian Messenger) published a letter written by a group of Russian cultural figures protesting against a series of anti-Semitic articles that had been published by another journal named Illiustratsiia.

Among the signatories of this document were some famous names: Ivan Turgenev, Nikolai Chernyshevsky, and others. The authors of this open letter urged other Russian cultural figures to join the cause.

The very next issue of Russkii vestnik featured a different protest, this one launched by those who considered themselves bound to the “idea of the strictly Little Russian, Ukrainian, or South Russian nationality, which has recently manifested itself in literary works of various kinds”—in other words, the founders of contemporary Ukrainian literature and culture. According to the authors of this letter, the Ukrainian people “could not delve into the cause of the evil, which did not lie in the Jews but in the religious and civil structure of Poland. It took revenge on the Jews with such straightforward awareness of the righteousness of bloodshed that it even sang of its terrible exploits in its truly poetic songs. Yet, despite this, the modern literary representatives of this people, breathing a different spirit, sympathizing with other aspirations, are exerting themselves over the protest of Russkii vestnik against the articles in Illiustratsiia.”

This important document, which is practically unknown to Ukrainian readers, has only five signatories, but what important figures they are! Taras Shevchenko, Marko Vovchok, Panteleimon Kulish, Mykola Kostomarov, and the folklorist Matvii Nomys—practically the entire pantheon of Ukrainian literature at the time. But never mind “at the time”: simply the Ukrainian literary pantheon—period. And according to the viewpoint of the imperial political mythology, it was simply “supposed” to be anti-Semitic. Such were the times and people were ignorant.

Yes, the times were different. It was a period when a civic stance that permitted distinguishing values from superstitions was being formed. The civic stance of Taras Shevchenko and other Ukrainian classics coincided with the position espoused by Turgenev and many European intellectuals of that period. But it was fundamentally different from the position espoused by the carriers of the anti-Semitic and xenophobic ideology in the Russian Empire. Incidentally, these carriers often denied Ukrainians the right to exist, but that’s another story.

Of course, readers will instantly recall those lines by Shevchenko that they read back in school; they will recall Haidamaky, first and foremost, written by the young poet. But the issue is not even the fact that there is a difference between this line of poetry and the civic act but the fact that in the protest letter, the Kobzar himself offered a correct assessment of his own work during that period: “terrible feats in their truly poetic songs.” And who will argue with Shevchenko’s view of Shevchenko?

Anyone who reads the complete text of the Ukrainian writers’ letter will be convinced that it is a document of its time. But its main motif is sincere sympathy for a persecuted people on the part of those who understood the plight of their own unrecognized and oppressed nation. In the history of Ukrainian-Jewish relations, there will still be quite a few tragic pages after this letter. However, the essence of the message—that the conflict between these two peoples was conditioned by the very situation in the foreign states in which they lived—remained unaltered. Anti-Semitism in Ukraine was overcome only after the Ukrainian people succeeded in creating their own state, protecting it, and traversing the path to becoming a full-fledged political nation.

As could be expected, Shevchenko and other titans of Ukrainian culture were also precise in their ideas about Ukraine and honest in their uncompromising civic stance.

Thus, the 160th anniversary of the Ukrainian writers’ letter to Russkii vestnik is not an academic date but a reminder of that genuine Ukraine, the Ukraine of Taras Shevchenko, which was hidden from us for centuries.

TO THE EDITORS OF THE JOURNAL RUSSKII VESTNIK

In issue no. 21 of your journal, you presented the first example of a public protest by Russian writers against the unworthy act of Illiustratsiia. For many centuries the Christian nations comprising the Russian Empire today brand the wandering tribe of Jews all over the world as villains, traitors, deceivers, enemies of God and of men. And it was not only in words that the indignation of societies and governments was expressed against the Jews, not knowing how to lead them by human means to the path of truth and good. They were driven out, drowned, burned, and slaughtered like beasts of prey. It would be unnatural for these victims of the purblind bitterness of fanatics to abandon the customs for which they were hated and to adopt the character of their persecutors. I am not talking about the very religion that the fiercer it was abhorrent to Christians, the higher and holier it was in the eyes of the Jews and the tighter it bound them into a single corporate alliance, in the name of Jehovah, not yet thoroughly angered. In this way, Christians, who were jealous of their faith and wholeheartedly wanted to convert the descendants of Israel who were wandering around the world to the path of truth, kept them away from the path of truth and made them deaf to the Gospel word. The Jews saw and should have seen their enemies in the preachers of a humane doctrine, who resorted to abuse, threats, persecution, and murder. The Jews became, and were to become, the sworn enemies of the Gentiles, who blasphemed their faith, their teachers, their temples and schools, and their sacred customs. The Jews, who are everywhere constrained even by the laws themselves, have unwillingly turned to cunning and deceit and involuntarily sanctified by their creed any harm that they can do to a Christian with impunity.

The Jews have reached the point of fanaticism in their hatred of Christians. Outrageous as much of what we know about the Jews from reliable, written, and printed evidence may seem to us, it should only serve as a measure of the evils to which the unfortunate descendants of Israel have been subjected for so long and so universally. On the other hand, modern practical reason proves to us very convincingly that the general hostility of the Christian nations toward them has not led the Jews to anything good and that only free education and equality of civil rights can purge the Jewish nationality of everything which is hostile to the Gentiles. The Russian writers who are spearheading a new Russian movement toward humaneness, are deeply aware of this truth. Your journal, dear sir, was the first to become the organ of educated representatives of the Jewish tribe, in the name of the independence of any self-aware nation, and the first to introduce a solemn manifestation of Russian and Polish writers against Illiustratsiia, which, bearing a Western name, breathes in the time of Ivan IV the Terrible in its judgments of the Jews. Among the forty-eight names that signed the protest, printed in issue no. 21 of Russkii vestnik, I am certain that there are also the names of Little Russians, who have never lagged behind the representatives of Great Russia in any truly humanistic movement. But among these names, I do not see any that are associated with the specific idea of the Little Russian, Ukrainian, or South Russian nationality, which has recently manifested itself in literary works of various kinds. For the time being, many or few of these names are known, but their voices are particularly important in this matter, expressing the opinion on the Jewish question of a people that has suffered from the Jews more than the Great Russians and Poles and expressed their hatred for the Jews, in bygone times, through many thousands of bloody victims. This people could not delve into the cause of the evil, which did not lie in the Jews but in the religious and civil structure of Poland. It took revenge on the Jews with such straightforward awareness of the righteousness of bloodshed that it even sang of its terrible exploits in its truly poetic songs. Yet, despite this, the modern literary representatives of this people, breathing a different spirit, sympathizing with other aspirations, are exerting themselves over the protest by Russkii vestnik against the articles in Illiustratsiia.”

Translated from the Ukrainian and the Russian by Marta D. Olynyk.
Edited by Peter Bejger.