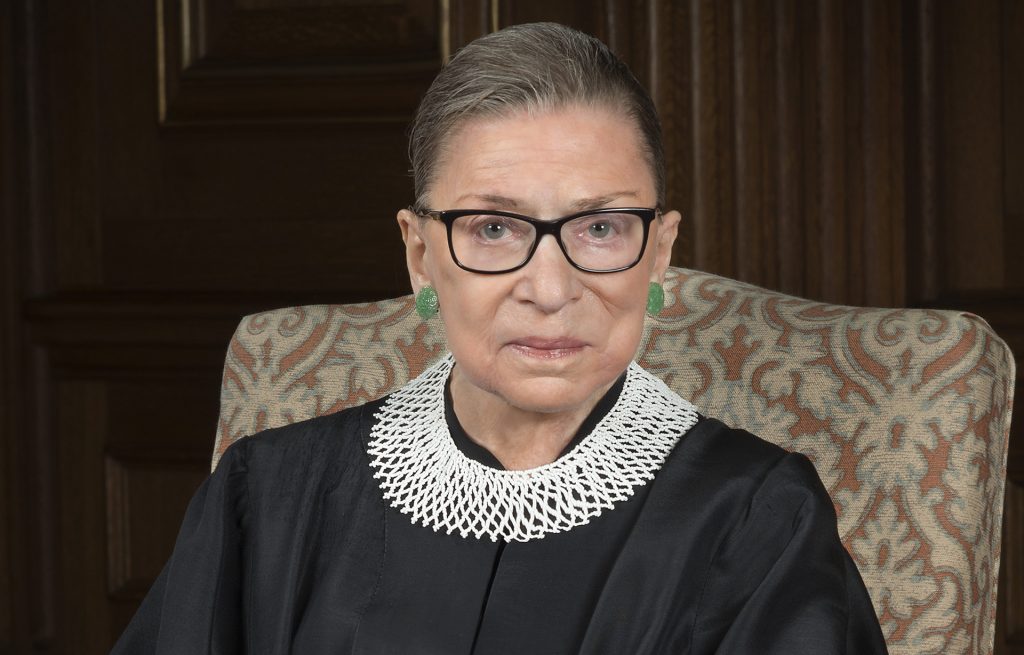 Did you know that the late United States Supreme Court Justice Ruth Bader Ginsburg (15 March 1933 – 18 September 2020), the second woman appointed to the Court and a renowned pioneer of women’s rights, hails from family that originates from the territories of Ukraine? Her mother Celia Amster was born in New York from parents Joseph and Rose Amster, who have been identified variously in obituaries and press reports as Austrian, Polish, or Hungarian Jews. The Amster family indeed immigrated from the former Austro-Hungarian Empire and their hometown was originally Burshtyn, today a small city in Ivano-Frankivsk oblast in western Ukraine. Justice Ginsburg’s father, Nathan Bader, immigrated to New York from Odesa when he was thirteen. He was born to Jewish parents Ida and Samuel Bader in what was then part of the Russian Empire in Proskuriv, a city now known as Khmelnytsky to the southwest of Kyiv in central Ukraine.

In an essay she contributed to the book I Am Jewish, Justice Ginsburg succinctly summarized her journey, and that of her family’s, from the Old to the New World: “A question stated in various ways is indicative of what I would like to convey. What is the difference between a New York City garment district bookkeeper and a Supreme Court Justice? One generation. My life bears witness, the difference between opportunities open to my mother, a bookkeeper, and those open to me.”

Read more about Justice Ginsburg in the Kyiv Post (in English).