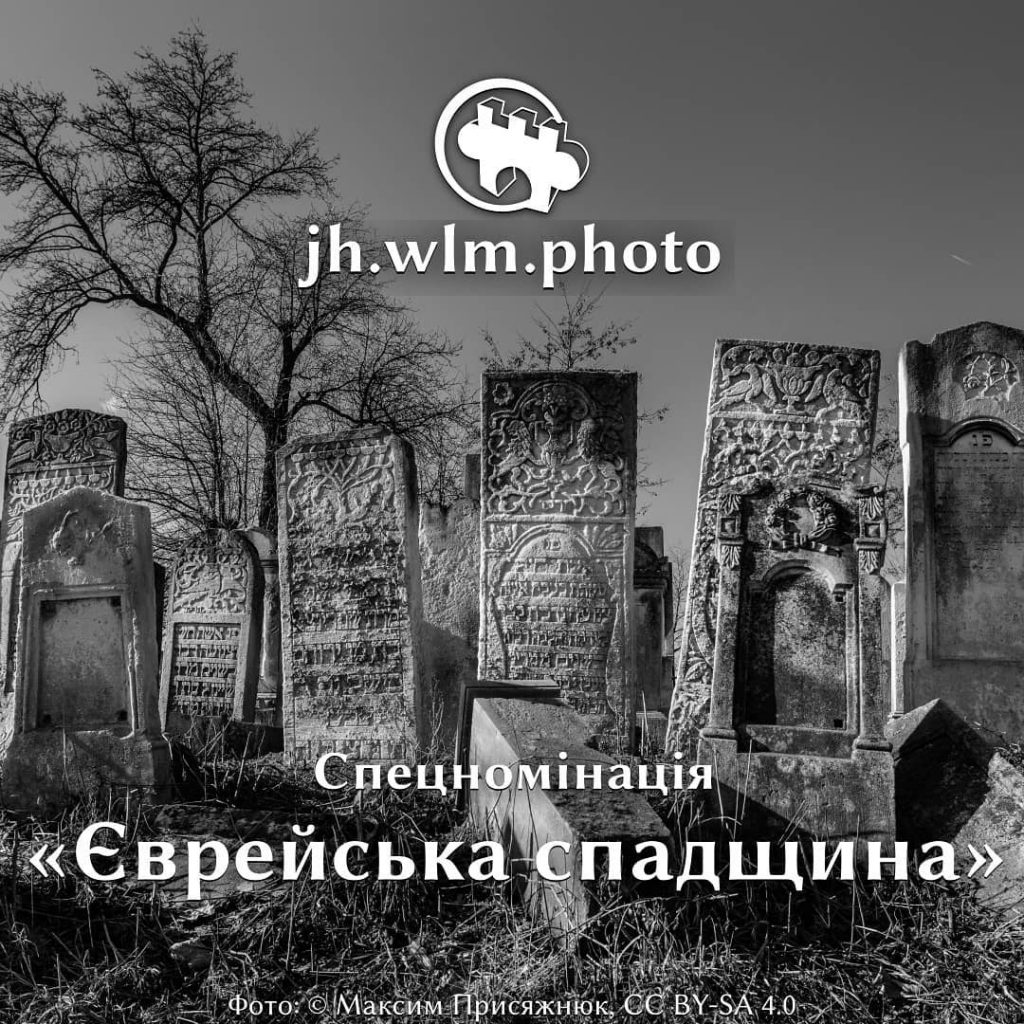 The Canadian charitable non-profit organization "Ukrainian Jewish Encounter" (UJE) is supporting for the third year in a row a special "Jewish Heritage" nomination in the Ukrainian segment of the international Wiki Loves Monuments competition—the world's largest photo competition. A Special Nomination Jury will choose the best photographs of Jewish monuments in Ukraine.

For centuries the Jewish people have lived on the territory of Ukraine, a presence echoed by thousands of synagogues, residential and commercial buildings, and cemeteries. Additionally, the great tragedies that befell the Ukrainian Jewish community are marked by memorials and mass graves; and the lives and activities of the great and celebrated figures of the past such as Hayim Nahman Bialik, Golda Meir, Sholem Aleichem, S. Y. Agnon, Ze'ev Jabotinsky, etc. with plaques and monuments. The twentieth century has been especially painful, not only for the people of the community but also for their built environment, with homes and temples destroyed and entire cultural landscapes completely changed. More must be done in the twenty-first century for the preservation of Jewish cultural heritage with enhanced informational resources as buildings and markers of the past continue to be lost. Photographing the current state of monuments and the cultural heritage of the Jewish people on the territory of Ukraine will help preserve them for posterity.

The purpose of the Wiki Loves Monuments competition is to collect photographs of the world's cultural heritage sites and place them in Wikimedia Commons, a repository of freely-licensed and re-usable media illustrating articles on Wikipedia, the free online encyclopedia used by millions of people around the world every day.

Although Ukraine has more than eighty-nine thousand heritage sites in official competition lists of cultural monuments, few of them reflect the Jewish cultural heritage, and even fewer are protected by the state. We hope that by providing a distinct and special nomination category for Jewish heritage in the competition, those sites and their preservation will achieve greater recognition.

Synagogues and Jewish cemeteries are the main focus of the special nomination, regardless of their current condition or use or conservation status. It is also important to photograph and upload images of residential buildings with a connection to Jewish heritage, as well as memorials to leading figures in the community and events.

The Ukrainian Jewish Encounter (UJE) is a privately organized, multinational initiative launched in 2008 as a collaborative project involving Ukrainians of Jewish and Christian heritages in Ukraine, Israel, and the Jewish and Ukrainian diasporas. Its work engages scholars, civic leaders, artists, governments, and the broader public in an effort to strengthen mutual comprehension and solidarity between the Ukrainian and Jewish peoples. The Ukrainian Jewish Encounter is an initiative founded on the belief that these two peoples have much to gain by better appreciating their joint and each other's historical experience in all its complexity.

Winners of the Special Nomination will receive awards from Vladyslav Hrynevych, the head of the Ukrainian office of UJE.