A modest “Jewish princess”: From Drohobych to Jerusalem and the White House 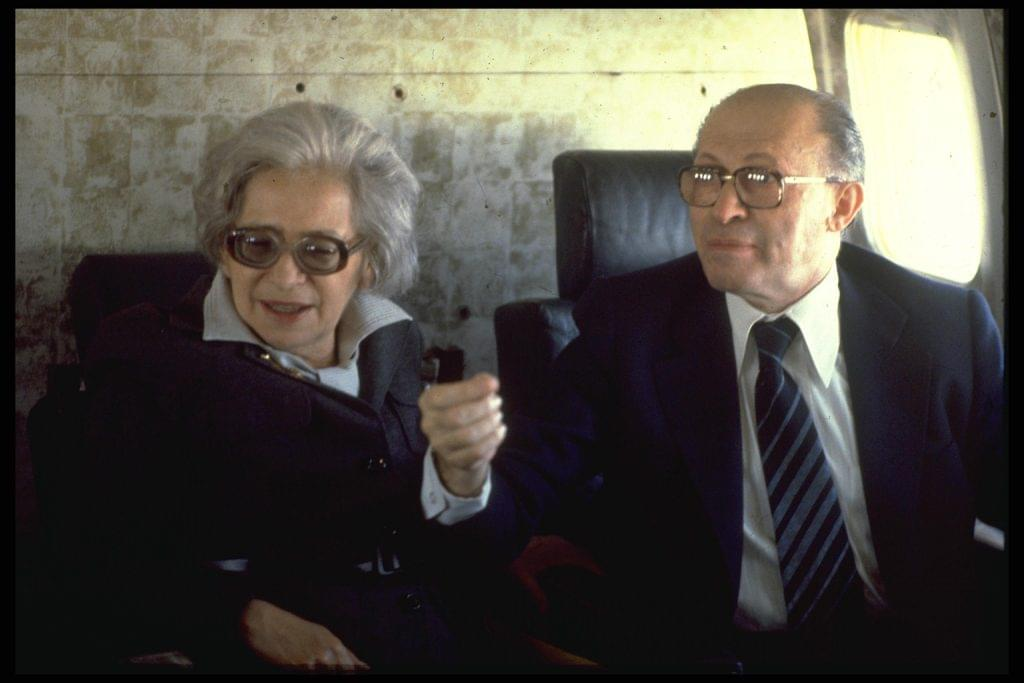 Aliza Begin (Ella Arnold) was born a hundred years ago, on 25 March 1920, in the city of Drohobych (today: Lviv oblast), into a wealthy family that owned several oil wells in Boryslav. Aliza’s father, Herman (Tzvi) Arnold, was an activist and a patron of the right-wing Zionist Vladimir (Ze’ev) Jabotinsky and his youth group Beitar.

Aliza began learning Hebrew at age seven and joined Beitar at the age of fourteen. She completed high school in Drohobych. Her family practiced humility, perseverance, inner nobility, and other traits of a real “Galician lady,” which she carried throughout her life.

Meanwhile, Menachem Begin, a native of Brest, completed his studies at the Law Faculty of Warsaw University in 1936. He was one of the leaders of Beitar, and Jabotinsky helped his activist friend find a firm in which to do his law internship—at the offices of a local lawyer and supporter of right-wing Zionism in the Ukrainian city of Boryslav. After renting a room in Boryslav in 1937, Begin began visiting neighboring cities and befriended various local Beitar members. That is how he ended up in Drohobych, where he was invited for lunch at the home of Herman Arnold.

Begin later recalled: “Two girls, seventeen-year-old twins, were sitting at the table. I liked one of them right away. I instantly decided that she would be my wife.” She maintained a modest silence the whole evening, and in the morning, he sent her a note: “I saw you, dear lady, for the first time, but it seemed as though I have known you my entire life.”

He waited for her to turn nineteen years old. The wedding took place on 25 May 1939 in a large synagogue in Drohobych. The witness at the ceremony was Ze’ev Jabotinsky himself, who had traveled from Paris to attend the wedding of the 26-year-old commander of Beitar. The young couple spent their brief honeymoon in a small, rented building in the resort town of Truskavets.

A week earlier, Great Britain had published the so-called White Book, which severely restricted Jewish immigration to a quota of 75,000 people over a period of five years, “if conditions in the country permit.” Over and above this quota, Jews could come only “in the event of Arab consent to this.” Begin increasingly realized that there would be a tough fight with Britain over the question of founding an independent Jewish state.

Discussing the future with his young wife, Begin expressed concern about the difficulties awaiting Aliza in their life together. He stated frankly that “life will be hard, money will always be in short supply; there will be a lot of trouble, including prison, but this is the price of fighting for the Land of Israel.”

Soon after, the Second World War began. In early September 1939, Menachem and Aliza fled Warsaw under German bombardment, rushing by train to Drohobych to her parents, and from there they went south to Sniatyn (today: Ukraine’s Ivano-Frankivsk oblast) in order to cross the border with Romania in Bukovyna. There were more than five thousand Jewish refugees who wanted to reach the port of Constanta and then swim to the shores of the Land of Israel. But the British Consul in Chernivtsi and the British Foreign Office pressed the Romanian government to ban the entry of Jewish refugees. Almost all these Jews who were not allowed entry later became victims of the Holocaust, and their death was on the conscience of British officials.

The Begins spent three weeks in a state of painful expectation in Sniatyn, but they were forced to go to Lviv, where they learned that the border between Sniatyn and Bukovyna was closed by Soviet troops. So, in mid-October 1939, the young couple headed for Vilnius, hoping that this city would remain a “window” to the free world. The Soviet authorities and the NKVD secret police came to Vilnius as well.

In September 1940, Begin was arrested. During the interrogations, NKVD Lieutenant Dmytro Kyianchenko, a native of Vinnytsia oblast, accused him of “Zionist activities with the support of British imperialism.” Begin tried—partly out of naiveté—to prove to the investigator that his work as the head of Beitar was in no way anti-Soviet in nature and that his friends in Palestine were fighting against the British government.

Begin looked upon his eight-year sentence in the camps, announced on 1 April 1941, as an April Fool’s joke. By a stroke of irony, the NKVD “saved” his life in a certain sense by sending Begin to the Far North on 1 June 1941, three weeks before the Nazi invasion.

A few days earlier, in May 1941, Aliza was able to leave the USSR for Palestine, having obtained a certificate with a British visa through some friends in Beitar. Along the way, she was arrested in Turkey but later released. Aliza arrived in the Holy Land, hoping from there to help free her husband. However, the British authorities arrested her immediately after her arrival. She was released from an internment camp near Haifa after several weeks, after the appearance of the first signs of emphysema, which began to undermine her health from that point.

She was only twenty-one years old and completely alone. Meanwhile, Begin, after working as a slave laborer for several months north of the Arctic Circle, joined General Władysław Anders’s Free [Polish] Army as a rank-and-file soldier and made the long trek out through Central Asia and Iran.

The Nazis killed Begin’s parents and brother in the Brest ghetto. Aliza’s parents and sister were killed in Drohobych, in the same ghetto where the writer and artist Bruno Schultz died. Both Menachem and Aliza were orphaned by the Holocaust.

Aliza and Menachem Begin were reunited in Jerusalem only in May 1942. Their son, Ze'ev Benjamin Begin, was born in March 1943, followed by two daughters, Hassia and Leah.

Menachem Begin headed the anti-British underground and the National Military Organization (Etzel), which fought for the creation of an independent Jewish state. He was an outlaw during the years 1944–1947, and the British police announced a reward of ten thousand pounds sterling for his capture.

It is interesting to note that at this time, Begin was hiding under a name that related to the Galician town of Sasiv; he forged documents for himself and his wife under the name of Sassover. The Begins dressed like “Rabbi Sassover” and his pious wife.

One day, during a four-day, all-out siege, the British police searched all the neighboring buildings in their hunt for Begin. Aliza kept her composure during the searches while her husband was hiding in a concealed niche built into the ceiling of their bathroom.

After the founding of the State of Israel in 1948, Aliza was a source of loyal support to her husband for the twenty-nine years that he struggled in the parliamentary opposition. Begin’s Likud party won its first election victory in the Knesset in 1977.

Aliza avoided the public eye to such a degree that when she came to congratulate her husband on the evening of his election, his bodyguards did not recognize her and refused to let her into the party headquarters. In his speech to a crowd of ecstatic supporters, Begin thanked his wife for her “love, when you went with me into the wilderness, to an unsown land.”

After becoming the wife of the Israeli prime minister, Aliza Begin remained a model of modesty. She never granted interviews to the press. She tried not to use her husband’s official car and traveled by bus. Aliza dressed very discreetly, but with great nobility and grace. She offered help to anyone who asked for it, and she was a good and sensitive person. 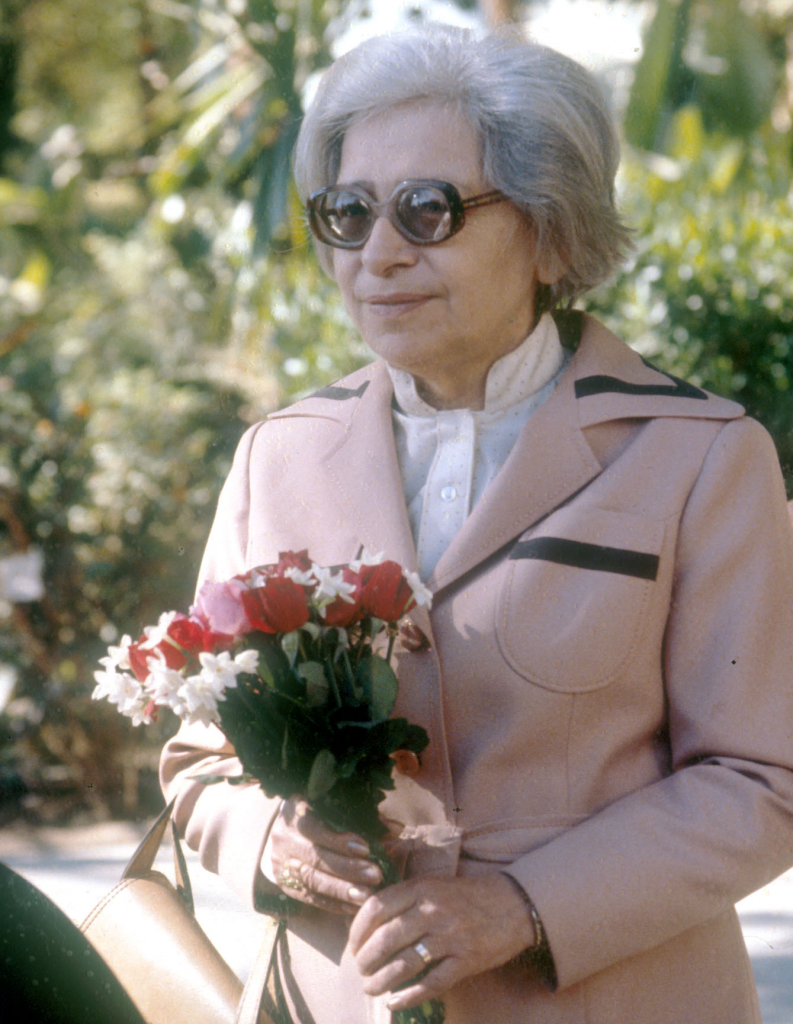 During Begin’s first visit to the U.S. as prime minister, the diplomats at the Israeli Embassy proposed buying her husband a couple of shirts at the embassy’s expense. Aliza categorically refused, declaring: “There is no way that Israeli taxpayers are going to foot the bill for my husband’s shirts!”

This couple never desired luxury, and they lived on the edge of reasonable prosperity. He never thought about money. Aliza gave her driver money for small expenses so that there would be cash available if Menachem wanted to buy himself a cold drink on a hot day. Aliza raised Begin’s three children. She never let him out of the house without an ironed and starched shirt and tie; he himself was very neat and tidy.

She used her status as “First Lady” only when she asked a sponsor to donate to handicapped children. Menachem and Aliza Begin donated the entire cash prize for the Nobel Peace Prize of 1979 to a foundation in support of children from impoverished families and students.

In June 1982, Palestinian terrorists murdered the Ambassador of Israel in London and launched an attack from Lebanon on Israel’s northern cities. Begin launched Operation Peace for Galilee against the terrorist base in Lebanon. The opposition held a noisy protest campaign near the prime minister’s house. Begin told the minister responsible for the police that the demonstrators were interfering with his ailing wife’s rest. “I will issue the order at once, and they will be removed from here,” the minister said. “No way, I’m asking you not to do this. I simply wanted to request that they not make so much noise,” Begin replied. 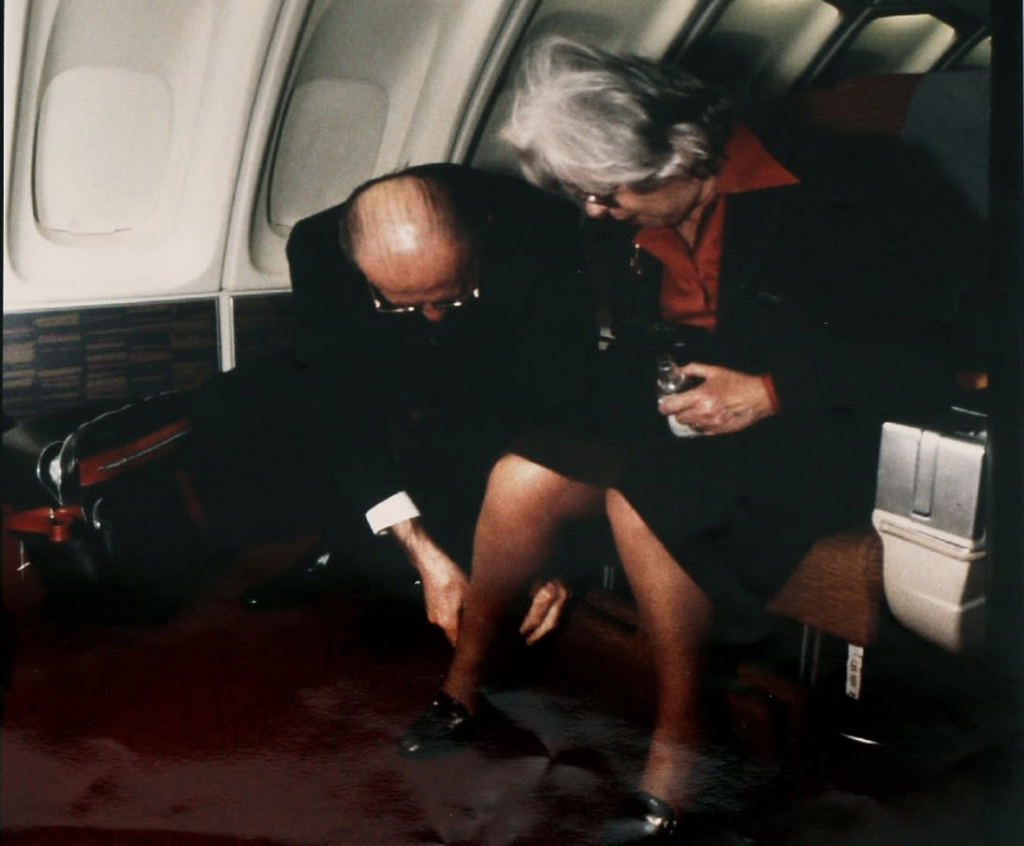 Aliza was hospitalized in the fall of 1982. Specialists arrived from all over the world and managed to improve her state of health somewhat. The war in Lebanon and the death of Brezhnev on 10 November 1982 required personal contact between Begin and the President of the United States. But when the plane carrying the prime minister of Israel landed in America on 13 November, Begin was informed about Aliza’s death. He whispered: “Why did I leave her?” Refusing to leave the plane and meet with Ronald Reagan, Begin ordered the pilots to return to Israel.

His grief was immense. The death of his beloved wife devastated Begin. In September 1983, he took voluntary retirement, and he remained a recluse until his death in 1992.

In 1983 a new Jewish settlement was founded in the vicinity of Ben Gurion Airport, which was called Alei Zahav, consonant with the name of Aliza Begin.

Menachem and Aliza’s relationship was a story of love. Aliza was his lifelong, true love. They were together when they were fighting three empires—Nazi, Soviet, and British. They brought this love from Drohobych to Jerusalem, through all the hardships of the struggle for their country. Together they flew to the White House and Camp David for the peace negotiations with Egypt; together they flew to Stockholm to receive the Nobel Peace Prize, and together they found their final refuge on the Mount of Olives in Jerusalem.