A Nobel Prize Winner Saved in Ukraine: “Metropolitan Sheptytsky Deserves to be a Righteous Among the Nations”

“Sheptytsky was one of the few leaders of the Church who spoke out against the Nazi killings. His actions were exemplary as his religious institutions saved many Jewish children by protecting them against the Nazis,” said Cornell University Professor Roald Hoffman, a Nobel laureate in Chemistry. 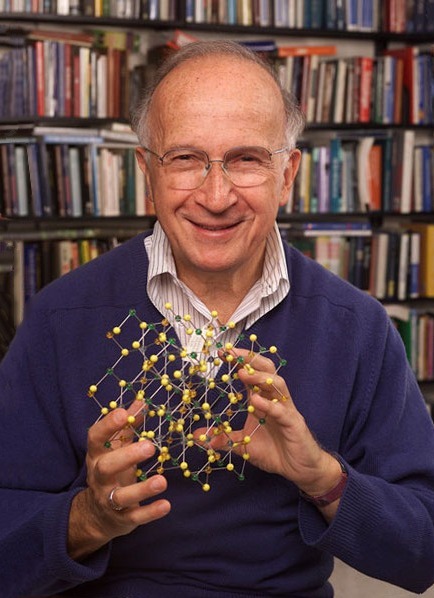 Hoffman is a unique figure in the historical and contemporary context of Ukrainian-Jewish relations. He is the world’s only Nobel laureate who was born in Ukraine and escaped from the fire of Holocaust there during the Second World War. The young Roald and his family were hidden by the Ukrainian teacher Mykola Dyuk in the village of Univ in Lviv oblast (province), which is known for its Ukrainian Greek Catholic monastery. Therefore, the world-renowned scholar’s opinion of Metropolitan Sheptytsky, the head of the Ukrainian Greek Catholic Church in the first half of the 20th century, is particularly noteworthy.

2015 marks the 150th anniversary of the year of Andrei Sheptytsky’s birth (1865-1944). This prompted Professor Hoffman for the first time to agree to answer questions about the personality and merits of the Metropolitan, whose life and work still provokes controversy in different countries. The following is his conversation with journalist Shimon Briman, who is also Ukrainian Jewish Encounter’s liaison in Israel.

S.B.: How do you assess his personality? Is he a highly spiritual person, or the conformist, where for historical reasons he collaborated with the Bolsheviks and the Nazis? Is he a defender of the Jews or the person who blessed the SS Galicia Division?

R.H.: Nothing is simple in difficult times. I think Metropolitan Sheptytsky was a righteous and spiritual leader of the Ukrainian Greek Catholic Church. He made a mistake in welcoming the Nazi invaders, but quickly realized the evil they represented. His actions during the war were exemplary—his religious institutions saved many Jewish children, sheltering them from the Nazis. He wrote reports to the Vatican that clearly told of the mass killings of the Jews. In his sermons he condemned the participation of Ukrainians in the killings. Sheptytsky even opposed Nazi rule, which in itself was a bold act. He made a second mistake in blessing the SS Galicia division. On balance he was a good man in the difficult times for his people, and in the worst times for Jews in Poland and Ukraine.

S.B.: Do you think he is worthy to join the ranks of the Righteous in Israel’s Yad Vashem? Why has Yad Vashem refused to award this title to Sheptytsky? There are concrete facts that the Metropolitan personally rescued dozens of Jews in his residence, and hundreds of Jews were hidden in monasteries in Western Ukraine on his orders. 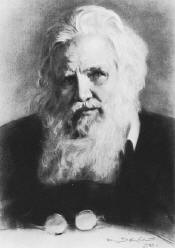 R.H.: I think his actions clearly deserve recognition as Righteous Among the Nations from Yad Vashem. I think Yad Vashem earlier received disinformation from Soviet authorities, who viewed Sheptytsky as a representative of Ukrainian nationalism. The sad thing is that in subsequent years the Yad Vashem leadership has not seen it possible to discard this false information and have not been able to reach a balanced judgment on a righteous religious leader. Yes, he made some mistakes but nevertheless through his personal leadership and authority and by often overcoming I suspect opposition from among his own religious circles, he managed to save over a hundred, maybe many more, Jewish children and young people. These actions were very risky for him personally and for this church.

At the end of this interview the Noble laureate shared one of his memories from childhood. For many long months, he secretly looked out the window of the attic where his family was hidden and watched with envy as the children from the monastery went to school or played in the yard. Only many years later did Hoffman learn that among the Ukrainian children were three Jewish boys who were hidden under false names in the Univ Monastery on the orders of Metropolitan Andrei Sheptytsky.

Editor’s note: Roald Hoffman was born in 1937 in the town of Zolochiv, which is now a district center in the Lviv oblast of Ukraine. In 1943-44, some of his family was hidden in the attic of the school building in the village of Univ near Zolochiv. His father, one of the leaders of underground groups in a labor camp, was shot and killed by the Nazis. Hoffman and his mother moved to the United States only in 1949. Entering school late, Hoffman already by age 25 defended his doctoral dissertation in chemistry at Harvard University, and at the age of 44 received the Nobel Prize.

Translated and edited from the Russian by Peter Bejger