Between a childlike style and gruesome topics: Yaroslava Strikha on Maus 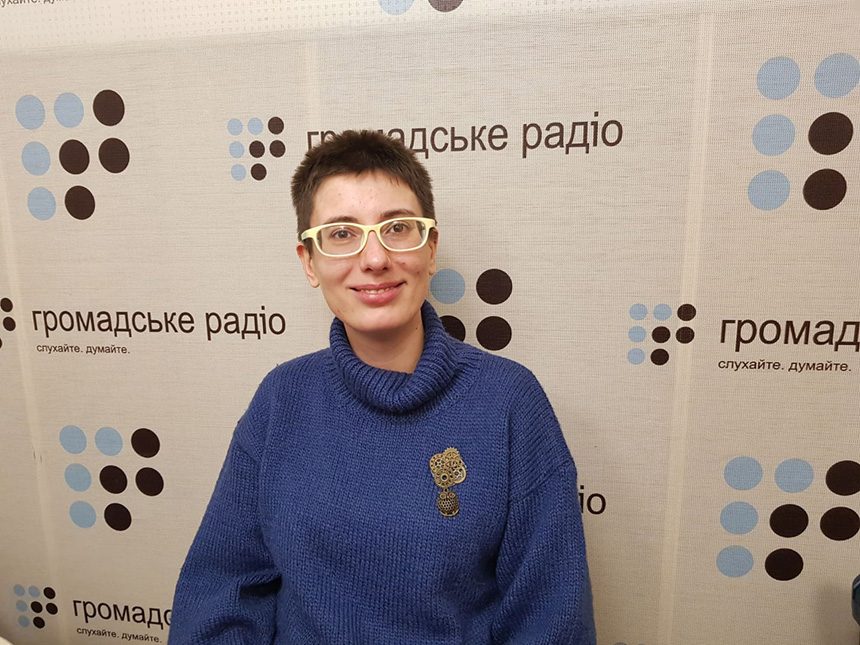 We will be talking about the incredible graphic novel Maus by Art Spiegelman, who won the Pulitzer Prize in 1992, with his translator, Yaroslava Strikha.

Listeners of Hromadske Radio already heard about this Ukrainian-language publication on the “Encounters” program, when we spoke with Lilia Omelianenko, co-founder of the Vydavnytstvo publishing house.

Yaroslava Strikha is the Ukrainian-language translator who made this story accessible to readers.

Iryna Slavinska: How difficult was it to convert this complex story—the history of the Holocaust—in the form of a comic book into the Ukrainian language?

Yaroslava Strikha: Here, we have the translator’s quest, a search for idioms, a search for styles that are in tune with what Spiegelman is dealing. In fact, this is about how people from the second and third generations can live with this terrible historical experience after trauma; about those who did not pass through this entire hell, but who are connected to it through familial and historical memories. Spiegelman searched for an approach to this topic for a very long time. Maus began coming out in the late 1980s, but we know about his earlier attempts. Starting in the late 1960s, Spiegelman begins searching for various ways to retell his father’s experience and to find a way to work with it.

Spiegelman begins with a contrast between a very childlike style and very dreadful topics. Then he tries to approach these topics by recreating archival materials. In the early 1970s, he redraws recognizable, classic photographs; for example, the famous photograph of the liberation of Auschwitz, which shows seventeen prisoners standing and looking at a camera through barbed wire.

The “mice” metaphor makes its first appearance here. The inscription “This is my Dad” appears on a photograph of one of the prisoners, even though his father is not shown in this photo. This was an attempt to appropriate this archival material, which is as impersonal as possible, and to add some perspective of his own.

Then Spiegelman adopts a style that is tentatively called “German Expressionism intaglio.” He creates the comic strip Prisoner on the Hell Planet, a short history of the suicide of his mother, who was in a camp, from which she never departed. The following important motif appears here: who the “Prisoner from Hell Planet” really was. On the one hand, it was supposedly his parents who went through the camps. On the other, it is Spiegelman himself, who was born after the war but who cannot escape the circle of this historical experience.

Iryna Slavinska: Do the pictures and the text help each other in this quest for clarity, for this language?

Yaroslava Strikha: I think that Maus could only have been created in the form of a comic book. The classic definition of “trauma” is an event that is not incorporated into experience; events over which we have no control. These are memories that pop up against our will and which we cannot recount any other way. Another type of art is essentially temporal. In film, we view scenes in a certain sequence; in a book, we read a line from left to right. But in a comic book, through the coexistence of drawings on a page, these various researches can exist simultaneously in this chaos, with which it is impossible for someone to cope. In Maus, all the characters are depicted as anthropomorphic animals. Jews are mice, Germans are cats.

Iryna Slavinska: Are there enough words to talk about such a difficult experience, about trauma?

Yaroslava Strikha: I think that we all lack words because we have a very poorly expressed experience of the second and third generations. We could not talk about the Holocaust here because in the Soviet Union it was mentioned within the framework of “general civilian population losses.”

We do not have a corpus of texts on which to rely. Basically, it is the third and fourth generations that are starting to talk about this. Probably, there are some texts in the Diaspora, but they have not become public knowledge.

This was a psychologically heavy experience because Maus is a catastrophically heavy text. It’s one thing simply to read it. When you begin translating it, you spend a lot of time with this; you have to express all these horrors in the first-person. This is difficult.

Two plotlines are interwoven: the current one and the one that is an account of the past. They feature not only the main hero’s relationship to the story but also the main hero’s relations with his family, which are not the easiest. This dreadful historical experience literally unites them because earlier Spiegelman has not visited his father for a long time. He begins visiting him in order to record his account of the Holocaust. It is trying for the son to deal with his father, not just because of the traumas but because he [the father] is a complicated person. There are many funny, everyday conflicts. His stay in New York in the 1980s is interestingly depicted, as is the way Spiegelman tries to convey everyday life in Auschwitz.

Iryna Slavinska: Can one read Maus as a historical novel? How reliable a source is it for learning more about the Holocaust?

Yaroslava Strikha: Well, certainly if we want to know about the history, then we will be reading historical monographs. Maus is about how one family went through this entire experience and how it was remembered. We learn a lot about the texture of this experience, how the metal workshops in Auschwitz looked, what prewar life in Poland was like.

Often, when people talk about the experience of Eastern European Jewry, they talk about death, not about how lively cultural life was before; very diverse and interesting. There are some key images that we talk about, but everything that does not fall under them we are supposed to eliminate, throw out, even though this too is part of life.