Between history and politics: Ivan Lysiak-Rudnytsky and his legacy 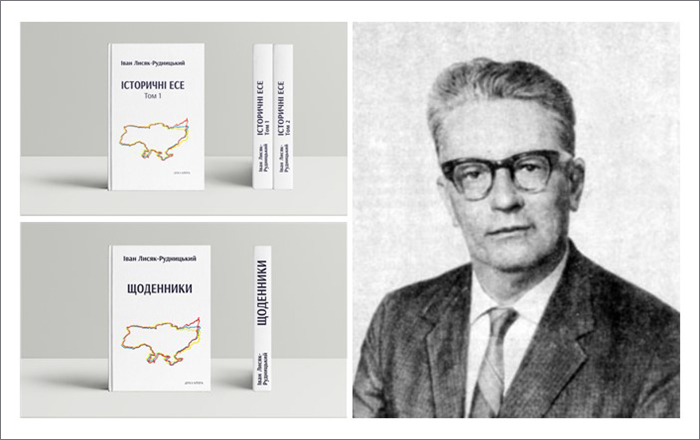 Ukrainian Jewish Encounter (UJE) is a Canadian philanthropic organization that has been working since 2008 to strengthen relations between our two peoples. This year marks the sixth time we are presenting our organization’s initiatives and projects to the participants and visitors of the 26 BookForum in Lviv, and, in the interests of a broader international dialogue, supporting discussions around books that reinforce and affirm the values we disseminate.

This year, the international scientific conference "Between History and Politics: Ivan Lysiak-Rudnytsky and His Legacy" was held within the framework of 26 BookForum.

Among the Ukrainian intellectuals of the mid- and second-half of the twentieth century, it is difficult to find another individual who had such an influence on Ukrainian historical and political thought as Ivan Lysiak-Rudnitsky (1919–1984). He was born and lived the first twenty years of his life in Lviv, but intellectually realized himself in emigration, mainly in North America. He dedicated his entire creative life to a major project – rethinking Ukraine's history in line with the challenges of today. And it looks like this project remains unsurpassed.

The purpose of the conference was to review the biography of Ivan Lysiak-Rudnytsky and evaluate his creative heritage. His main idea can be paraphrased by Benedetto Croce's words about Hegel (by the way, Lysiak-Rudnytsky used them about Vyacheslav Lipynsky in his essay on him): what lives and what is dead in Lisyak-Rudnytsky from the perspective of our time.

The organizers of the conference were the Program of Studies in the History of Contemporary Ukraine named after Peter Jacyk, the Ukrainian Catholic University and the Ukrainian Jewish Encounter.

We offer two video recordings from the conference: