Calling things by their proper name: The mini-series that changed the image of the Holocaust in Germany 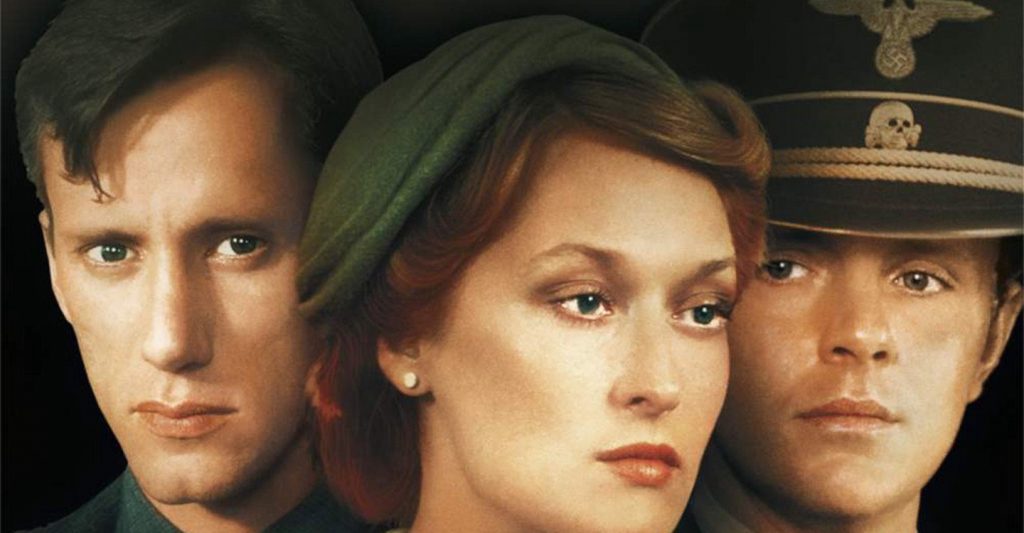 In world history textbooks we were told that after the fall of Nazi Germany, the three Ds instantly appeared in this country: Democratization, Demilitarization, and Denazification, as though Germany had become an absolutely different state within a few months. The story that I will recount in this podcast attests to something else. The state is always about real people, who make concrete decisions and have a certain past. And they don’t always want to recall it, especially when it has to do with the postwar period when thousands of former Nazi party members changed their colors and obtained positions in the Federal Republic of Germany.

However, the creators of the American mini-series Holocaust, which came out in 1979, were able to call things by their proper name, and once again raised unpleasant pages in history about which many preferred to keep silent. Frank Bösch, director of the Potsdam Centre for Research into Contemporary History, explains why he believes that the premiere of this series is one of the turning points in the history of Germany in the twentieth century.

Frank Bösch: Holocaust is about the mass murder of the Jews, using the example of two stories. The first portrays the fate of a family consisting of a German physician and a German woman. The second is a story about an SS man who took part in these crimes. What is special about this series is that the key events of the Holocaust are shown from two angles: from the 1935 laws to the exterminations in Auschwitz and the Jews’ resistance in Sobibor and the handful of survivors who moved to Israel.

Andriy Kobalia:  In your book, you say that the series, which was first aired in 1979, is one of the key events of German history. What impact did this series have on society?

Frank Bösch: I believe that there are literally only a few examples along the lines of Holocaust in world history. The series was aired in fifty countries. The premiere was particularly sensational in countries where victims and participants of the Holocaust lived. The story triggered waves of emotion in viewers. I’m talking about tens of thousands of phone calls and letters. That is how the theme of the series moved into the pages of the main newspapers in the country and the world. The culture of memory began to change, and in fact that’s when the word “Holocaust” became popular. People wanted to know more. In the 1980s vital historical research on this aspect of the war was carried out.

Andriy Kobalia: Why did this word come into mass circulation only in the late 1970s? The tragedy happened more than thirty years earlier. What was it called earlier? How did the Germans talk about it?

Frank Bösch: Right after the war, the Allies implemented reforms in the education system. And they began talking about mass extermination. They recalled the victims of the Nazi regime, especially in the country’s communist East. There they mentioned Red resistance and spoke widely about victims, without mentioning Jews separately. In the 1950s and 1960s, when the Auschwitz trial was going on, Jews were also discussed. Some called this the “final solution of the Jewish question” or “mass extermination.” Rarely were the victims themselves, who were present in court, questioned as witnesses.

Andriy Kobalia: In other words, little was said about the Jews in the first decades?

Frank Bösch: At first, yes, especially in socialist countries. They talked about the Poles, about the victims of Nazism, but Jews, who occupied a separate position in the Nazis’ social hierarchy and ideology, were rarely mentioned. This began to change precisely in the 1980s.

Frank Bösch: Yes. Of course, this series was not aired in the East. But it became a catalyst of change and spurred reinterpretation processes. In the early 1980s relations between socialist countries and Israel eased somewhat. Finally, the Jewish topic started to be discussed in the GDR [East Germany] during the second half of that decade.

Andriy Kobalia: Until this series came out, why was more said about the criminals than the victims?

Frank Bösch: It’s about the trials. In the 1960s people were interested in whether the killers would be punished. The need had emerged to find the guilty party. But the thing is that the circle of guilty people is truly very large. We know of cases where Jewish girls were raped, in which a large number of people took part. Victim accounts would have shown how many were actually responsible for this crime. That way, the Holocaust would have become something more concrete and conspicuous. I think it’s about shame, as well. Inviting Jews to the trials pertaining to Auschwitz, the stories about suffering and torture that they had lived through, would become a huge embarrassment for many Germans. Although in the 1960s there were well-known [television] presenters, like Hans Rosenthal. That’s why to a certain degree there was a policy of ignoring [history].

Andriy Kobalia: Andreas Nachama, the director of the Berlin-based museum Topography of Terror, told me that many Nazis were not punished, and after the war criminals and victims could be living on the same street. Were there certain changes in communication between these two groups after the series was aired?

Frank Bösch: There were certain punishments right after 1945. In particular, American and Soviet troops arrested many people who were responsible for all these things on the local level. They automatically ended up under arrest for one or two years. But during the first German trials, only a very small number of people were sent to prison. And in the 1950s only a couple of dozen death camp personnel were sentenced. Later there were a few trials of SS men, policemen, administrative employees. However, we’re talking about only a few people.

So, by 1979 most of the guilty had not been punished. Incidentally, this is one of the reasons why people were so afraid to talk about this. In those days there were many former Nazis in government positions who worked alongside members of the resistance. And some had fled abroad. We conducted a separate study of the Ministry of Internal Affairs, where thousands of people worked. Within this department there were no conflicts; everyone accepted each other and remained silent about the past.

Andriy Kobalia: This American series, why was it not known here?

Frank Bösch: In the 1960s a few documentaries that mentioned the Holocaust were made in Germany; for example, a fourteen-part series about the Third Reich. Other films might touch on the Holocaust theme. But the topic was really not well studied. Historians did not deal with the Holocaust. At the time, the war was perceived as a shared tragedy that all Germans had lived through, because, for example, everyone had suffered from the bombings.

Andriy Kobalia: Not all political parties supported this series when it was first aired. If I understand correctly, there were even attempts to ban its airing, is that right?

Frank Bösch: Yes. When the series came out, it sparked a big discussion among the country’s politicians. Most Christian Democrats tried to side-step the airing. They almost succeeded. But when the series was aired in dozens of countries, including Israel, Berlin realized that the country’s reputation might be seriously damaged. In the department that was responsible for such matters, only four voices against three voted in favor of airing the series. In Bavaria, the most conservative region, permission was refused to air the series on the main channel.

Andriy Kobalia: What were some of the counter-arguments? This is German history, after all, and relatively recent. In the 1970s a lot of people were ready for this, no?

Frank Bösch: The official argument was that the series was making money from a serious topic. And it was very simplistic, it was claimed. But the topic is complex and must be discussed without emotions. These were anti-American sentiments with light notes of antisemitism. Some politicians thought it was wrong of Hollywood to earn money from the Jewish past.

Andriy Kobalia: What arguments were really concealed behind this official version?

Frank Bösch: People also talked about the quality of the series. But the people who were saying this had not seen it earlier.

Andriy Kobalia: Recently, this series was aired again. In your opinion, is it still topical?

Frank Bösch: This mini-series about a family still triggers a lot of emotional responses in viewers. As a researcher of modern history, I can say that it mentions interesting areas that have not been researched yet. The series was aired because it shocks and reminds people of how all this happened. The twentieth century will forever be divided into “before the Holocaust” and “after.” Authors write about the “historic storm” that German and Austrian societies went through. That is why the series was aired again in January, on the fortieth anniversary of 1939. Discussions began immediately afterwards. And to this day there are people who regard the series’ premiere as the starting-point of their lives.

This program is created with the support of the Canadian charitable non-profit organization, Ukrainian Jewish Encounter.