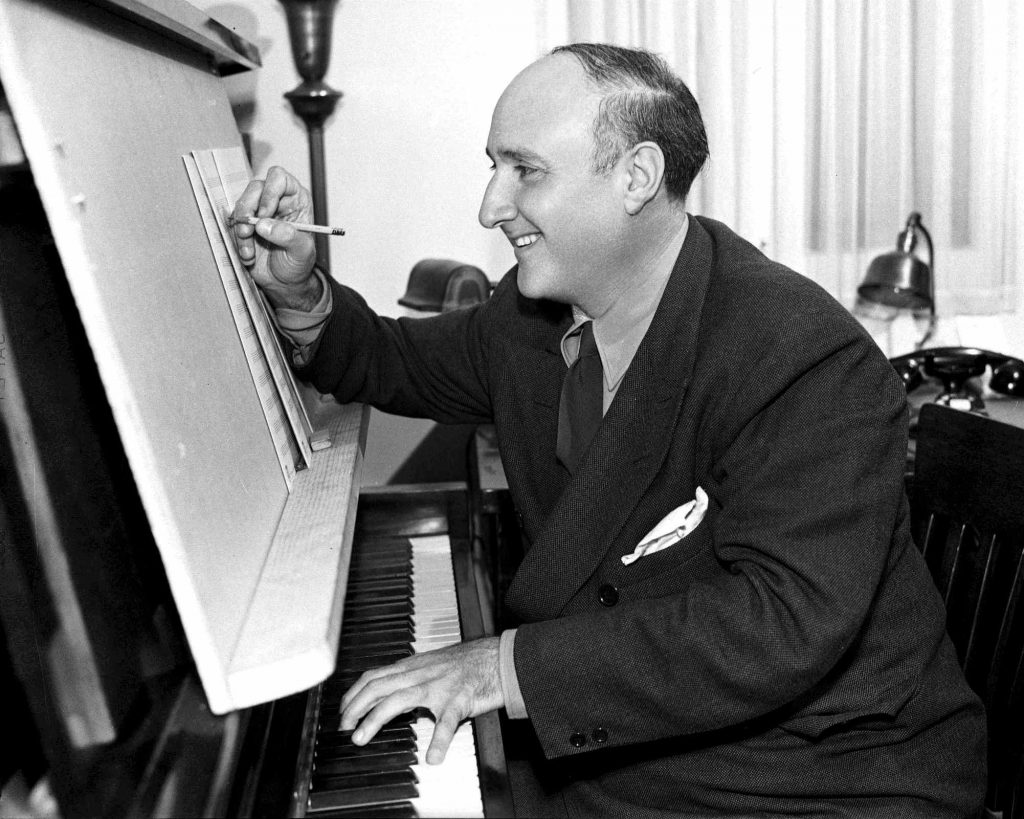 Dmitri Tiomkin (1899-1979). American film score composer who is considered one of the legends of Hollywood movie music, especially for westerns.  Tiomkin won the Academy Award for the score of the movie High Noon, also for the song from that movie “Do Not Forsake Me, Oh My Darling" (1952); as well as two other Academy Awards for scores to the movies The High and the Mighty (1954) and The Old Man and the Sea (1958). An American postage stamp was issued in his honor in 1999. Tiomkin was born into a family of Jewish descent—his mother was a music teacher and his father a physician—in Kremenchuk in the Poltava region. He studied at the St. Petersburg Conservatory before moving to western Europe and eventually New York and Hollywood. Some music historians see a link between Tiomkin’s expansive and muscular music for the vast horizons of the American West as depicted in movies as a reflection of a similar landscape in the steppes of his native Ukraine. Tiomkin himself wrote in his autobiography: “A steppe is a steppe is a steppe. . . . The problems of the cowboy and the Cossack are very similar. They share a love of nature and a love of animals. Their courage and their philosophical attitudes are similar…”