How are they to live above a precipice?

In the end, there remains so much that is unspoken that when we say goodbye, it becomes awkward. And in this respect, it is even worse with cities than with people. With the latter you can somehow arrange things, settle misunderstandings; in a word, finish what you’re saying—at a distance. Not cities; they demand full and real contact, absolute immersion.

An hour before our bus departure, when we were wandering through Buchach, I was suddenly seized with the desire to enter the lobby of one of the buildings. Upon stepping over the threshold, I ended up in another world. It is not clear where the Sunday bustle of the town had gone. The sharp October light and the whipping winds receded feebly. I entered a kingdom of silence and gloomy stillness. 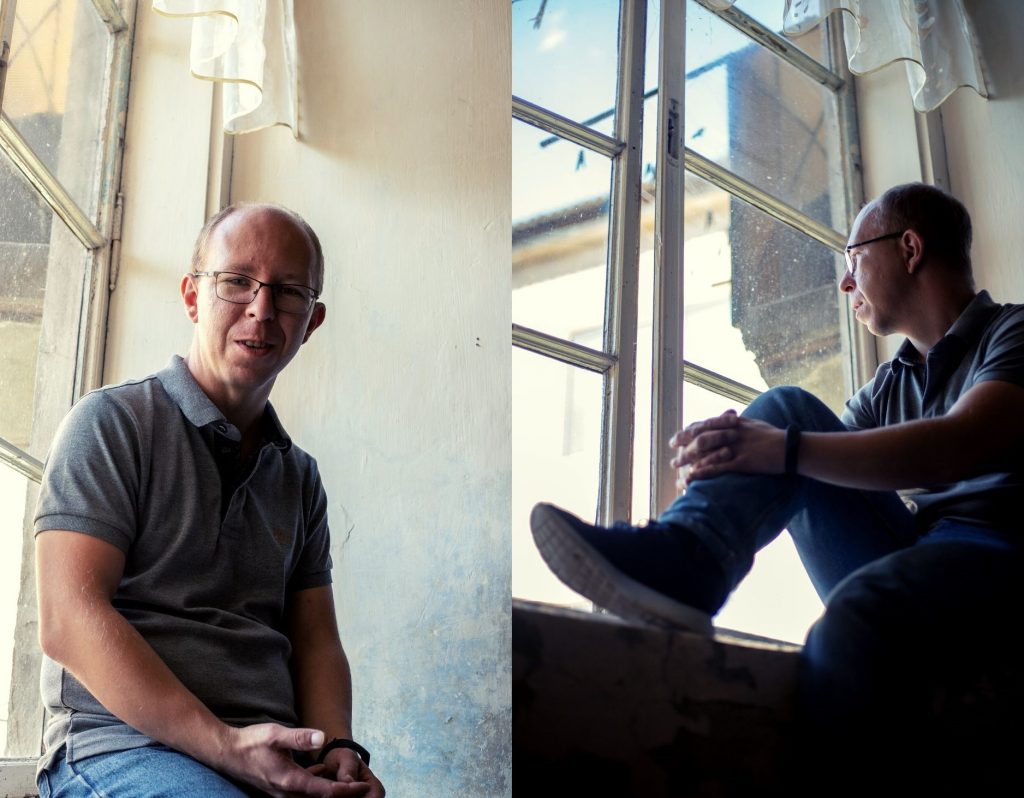 The building was small, housing eight families in all. The entrance hall pierced through the structure, ending at an open balcony above a precipice. And this corridor recalled the hall of a museum that had just acquired its premises and is temporarily storing all its collections any which way.

There were also a few venerable Polish wooden dressers and Soviet school desks piled on top of one another, and rickety, wooden chairs that looked as though they would crumble into dust if you blew on them. There is a real carnival of diversity on the dressers and tables: porcelain figurines of Cossacks, a TV remote control, an empty bottle of Slavutych beer, a few candlesticks on a dresser. At first I thought it was a menorah, but no, that was just what it seemed to me. In a word, there are all sorts of things piled up: broken carpet beaters, old newspapers, artificial flowers in a plastic vase, matchboxes, and an old-fashioned radio. On the creaking floor—a stack of Socialist Realist masterpieces and agitprop in the corner, two pairs of worn men’s shoes underneath the school desks. On the wall near the balcony are the faded remnants of a poster from the Orange Revolution, on the wall near the exit is a jacket hanging on a nail. And silence behind the walls. And still, musty air. And a feeling of unnatural emptiness. 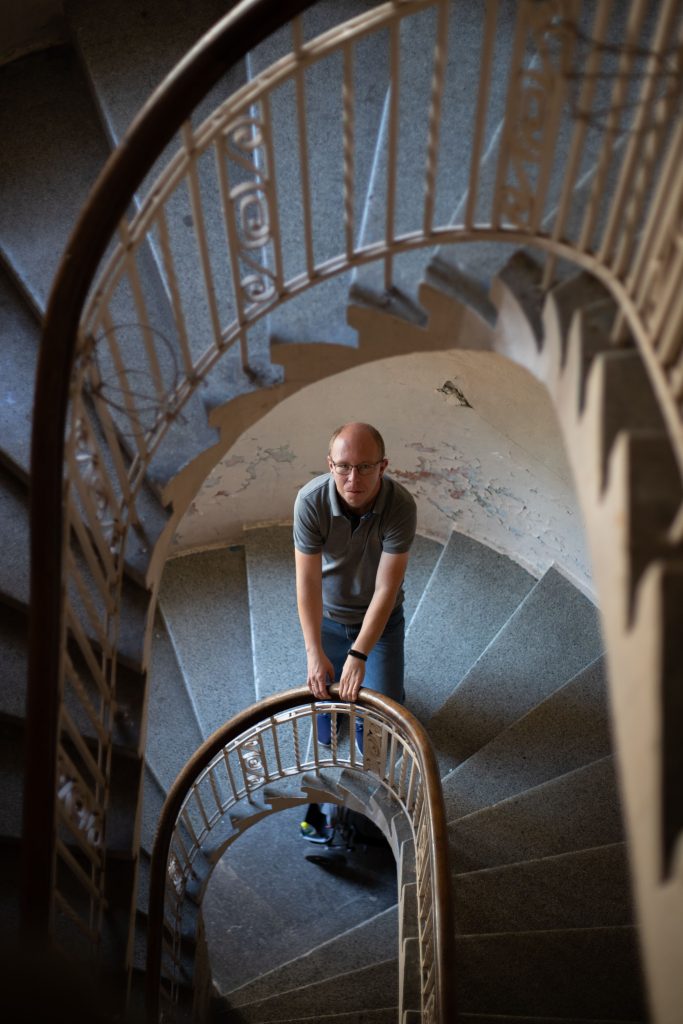 Plucking up my courage, I knocked on the first door I saw; the knuckles of my fingers on the wood rang out like muffled shots that echoed up to the second floor and rushed to the precipice outside the window.

Nothing. And no one.

I knocked on other doors, and once again heard shots instead of a knock.

And once again in reply--silence.

The whole house lay low, waiting for this stranger to leave. My nerves gave out, and I reached the entrance door with a quick step and plunged back into the provincial October hubbub. 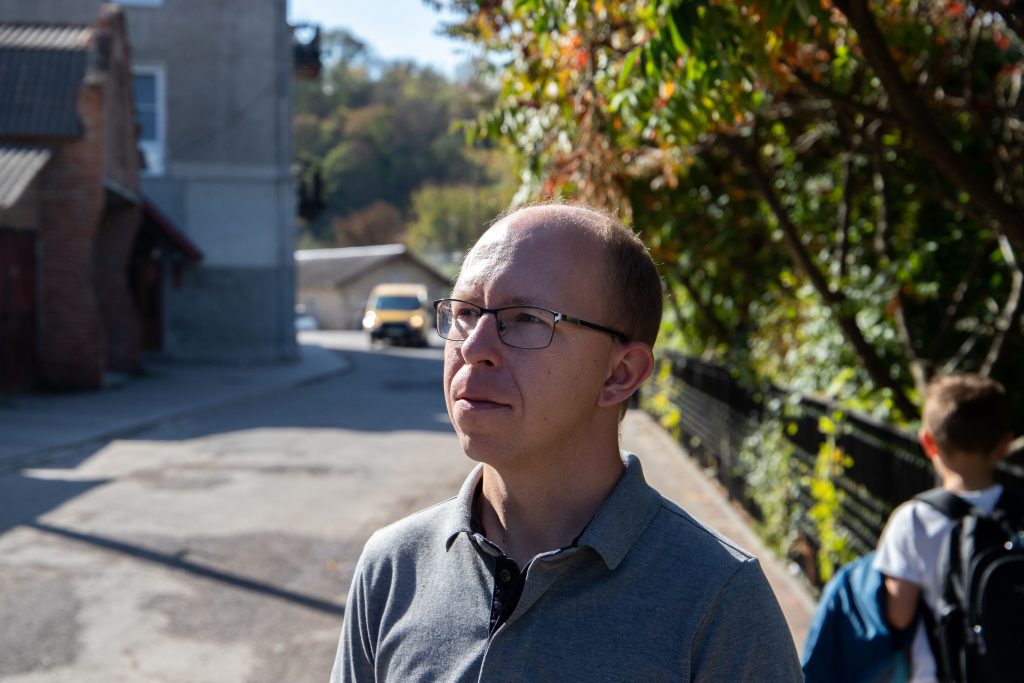 Later, I replayed the incident in my head, again and again. I wished I had stayed longer in that entrance. It was worth receiving an answer to my knocking, waiting it out. It was worth talking about and quieting my raging imagination. After all, so many questions are bothering me now: Why did the residents of this building not get rid of these old, superfluous things; instead, cluttering up their already cramped living space? Why was it so quiet, with not even a rustling behind the walls? How do they live, hearing the beating of their own hearts? How do they live—poised above a precipice, with a jacket hanging just in case on a nail at the entrance to the building?

There is no other choice but to return to Buchach and ask, as long as you do not forget that every answer from this city prompts a dozen new questions. This means that this is a never-ending story.