Humanity in the Abyss of Hell. Behavior of the local population of eastern Galicia during the years of the "Final solution of the Jewish question 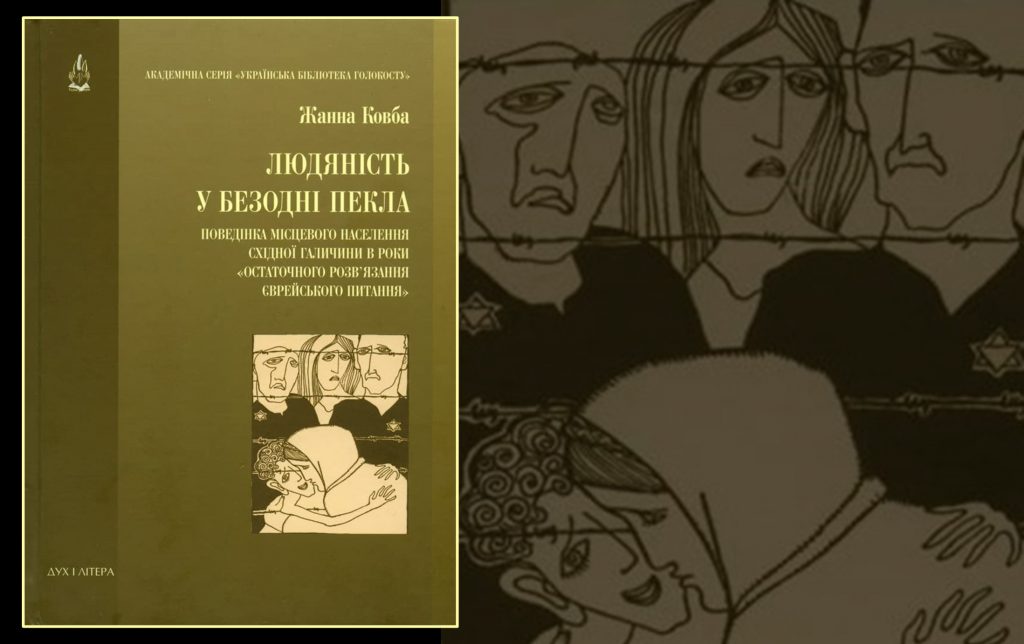 This book by Zhanna Kovba is based on archival sources, memoirs and oral histories recorded by the author of indigenous Galicians — Ukrainians, Poles, Jews — witnesses to events, and who considered the social and economic living conditions of the three peoples during the interwar years and World War II. The author's main focus was on the behavior of the local population in the years of the so-called "Final Solution of the Jewish question."

Published for the first time are names of Galicians — Poles and Ukrainians — who were exterminated by the Nazis for helping Jews. Data about Galicians named Righteous Among the Nations is more fully presented than previous publications. The book is of interest to historians, sociologists, Ukrainian scholars, those who are interested in history, modernity, and prospects for interethnic relations.

This Ukrainian-language book belongs to the Dukh i Litera digital library project.

The publication can be accessed in a PDF format here.