It is frightening to encounter another if you are afraid of knowing yourself: Iryna Solovey 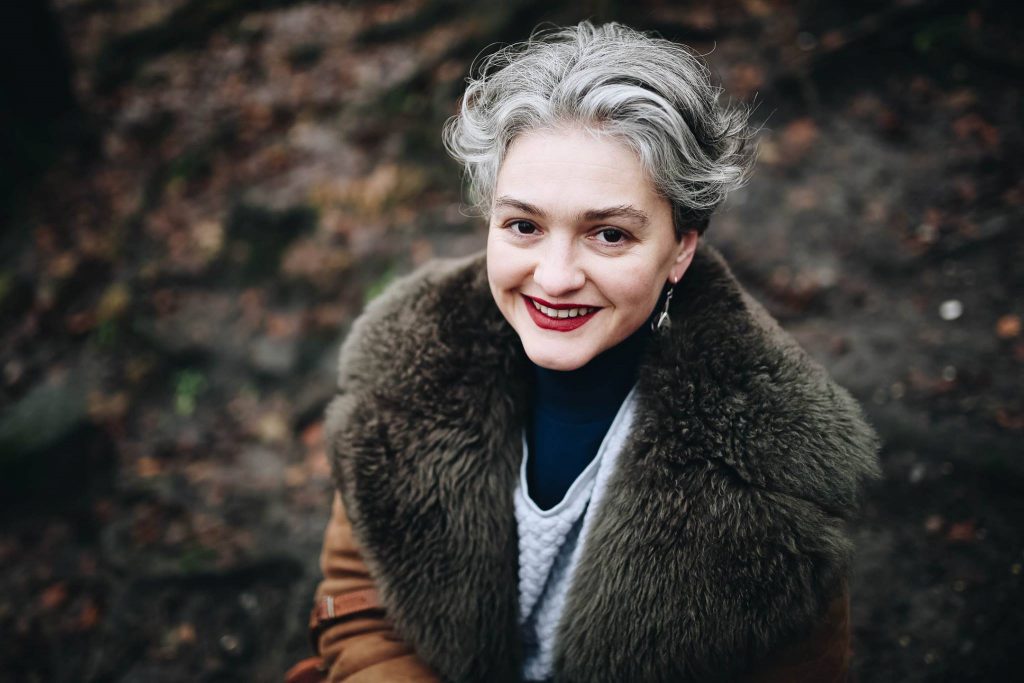 This is Encounters, a program dedicated to Ukrainian-Jewish relations. Today we are talking about diversity as a resource. This topic was inspired by a Facebook posting authored by Iryna Solovey, the co-founder of Garage Gang.

Iryna Slavinska: Let’s begin with this question: Can one call diversity a resource?

Iryna Solovey: If we look at diversity as a resource, it is never enough for me. You usually find the best idea at the intersection of various viewpoints, perspectives, and positions. You always want to add more and more. When there is enough resource in diversity, then another resource is lacking: elaborating and comprehending all this. You’re forever vacillating between one point of view and another; you want to consider another nuance, another dimension. At the same time, there must be an adequate psychological resource in order to cope with this, to discover how everything fits together.

Iryna Slavinska: To what extent do you feel that you are on the boundary as a social innovator?

Iryna Solovey: I have had quite a strong sense of this boundary in the last two years. The crisis of 2008 offered a magical pendulum of its time. At the time, some people decided to leave the uninteresting behind and dive into what is profoundly interesting. I know examples of wonderful people who, thanks to that kind of approach, are doing a lot for Ukraine right now. For example, for some, the sense of life has become an issue that was once an ordinary hobby.

We wanted to look at the global picture. Why did we end up in such a crisis in the first place? We got a crazy amount of feedback from people, and we were able to implement a model of a creative city consistently, step by step, beginning with how new relations in society were formed before 2012 through the creation of public spaces. We saw that people have ideas and they want to implement them. We were able to launch crowdfunding in Ukraine after discovering a philosophy for it that is inherent in Ukrainians. That is how Spilnokosht came about.

Iryna Slavinska: I think that our listeners remember that Hromadske Radio has often made use of the Spilnokosht instrument. It helped us find a special model for communicating with our audience.

Iryna Solovey: I can add that we systematically measure the Spilnokosht effect for ourselves. We see that Hromadske Radio has done two major things. You showed that it is possible to raise as much money as a goal requires. Later, other media organizations began looking at this instrument, which gave the impetus to Spilnokosht. At the same time, we saw Hromadske Radio as a place where new standards of broadcasting, oriented toward topical challenges, are being formed. We are delighted that our instrument has helped preserve the vision that was brought by the team at Hromadske Radio.

As for sensing the boundary, we saw that people began creating creative spaces, concentrating talent, and adopting new entrepreneurial models. Cities joined this story. In my opinion, it worked particularly well in 2014–2015, when many internal migrants began moving into cities. To the citizens of Europe, it was incredible that we were able to integrate over 1.7 million people in our cities.

Sometime in 2017, we began noticing a “gelling” because intelligible ideas had been successfully conveyed in one way or another. In regard to work in the new dimension, a more complex one, we saw not so much reservations as a blank wall. At conferences where I delivered a speech about the role of civil society in how Ukraine is developing, no one wanted to hear about complex tasks; tasks that are not resolved even by decentralized local authorities. I am referring to things that must be discussed by the entire civil society together with specialists and foreign colleagues; to look at how the world has approached this.

In the model of the creative city, it was possible to move linearly. There are ideas that we are implementing, and they are giving fruit. People are happy, cities are developing—everything is clear.

At the same time, we have hit a wall regarding other problems that have not been eradicated, such as amber, the Carpathians, rivers. There is a whole bunch of things that you cannot categorize, you cannot understand whether they are social or economic problems. The complexity lies in the fact that it is impossible to separate all this. The intrusion of civilization has reached such a point that it is no longer wise to ignore ecological challenges. You can wait until they hit you in the head. But we, innovators, are showing where the boundary lies.

It has only been a few months that we have felt a shift in this regard. Even our conversation here today is a signal that a space is appearing for us to be able to work with this complexity and diversity.

When there is excess somewhere, this must be perceived as a resource, not as a big problem. There are people who think: lots of problems, lots of opportunities for training and testing yourself. I notice this even in myself. Sometimes I have moments where I want to feel sorry for myself. Admittedly, this does not last longer than three days. There are probably people who get bogged down in this.

Iryna Slavinska: You have just heard about internal migration in Ukraine. Nearly two million Ukrainians abandoned their homes and moved to other settled areas. If I am not mistaken, this is the largest migration since the period of the Second World War. It may be compared to the resettlement of residents from the Chornobyl zone. Quite a few Ukrainians have begun talking about the Crimean Tatars and Greek communities. Is this resource just such an encounter?

Iryna Solovey: This may sound cynical, but I don’t remember that we ever paid so much attention to the Crimean Tatars. It is a shame that they have been forced once again to abandon their homes for us to start talking about them again.

The Ukrainian Church has obtained the Tomos of autocephaly, the ability to decide things for itself. The Crimean Tatars contributed greatly to this, as they have direct links with Istanbul. This is a wonderful story because people who profess Islam are helping the Christian world on the territory of Ukraine to be independent. This is a story that really fits the 2000s.

Iryna Slavinska: It is also a story about statehood. Let’s go back to diversity. What value does their encounter offer to one community that welcomes another?

Iryna Solovey: This is a kind of “joyful suffering,” because you must rebuild yourself, get to know yourself. If you are among people who are very similar to you, you have a very vague idea of yourself. It is only once others arrive that you see how different and how similar they are. The fear of encounter is connected to a great degree with the inertia of getting to know oneself.

Iryna Slavinska: This can be easily applied to the results of opinion polls in 2013, which revealed that seventy percent of Ukrainians have never traveled outside their oblast. With such low mobility, it is difficult to meet other people. Today’s figures are probably completely different, owing at the very least to the experience of war and the occupation of Ukrainian territories.

Iryna Solovey: I suppose that visa-free travel stimulated mobility. Furthermore, young people are mobile. The forced migrants will be revealed in statistical figures. If we go back to a time when people saw no sense in their going somewhere, it would be good to look at this more deeply. Why didn’t they do this? Because the idea was foisted on them that no one was waiting for them anywhere. They were familiar with the idea that the world is the same everywhere. Maybe it’s just because you don’t know yourself because when you go somewhere, you must tell your story. If you are not ready to tell it, then you are not ready to write it. The events of the Maidan returned this pen to the hands of Ukrainians, with which they began to create their own narrative. However, there are many people who refuse us this.

Iryna Slavinska: Encounters with people whom you do not know or know poorly carry the risk that an aggressive atmosphere, the language of hatred, will surface. When I work on sensitive topics that involve a conversation about others, I encounter this regularly. What does one do with this?

Iryna Solovey: This should be taken as a whole. Sometimes this may be an imitation of what they have seen or know. At other times it may be a fear of going inside yourself. After all, you can meet someone else without reservations when you know yourself. Because of the legacy of the Soviet experience, boundaries are a complex issue for Ukrainians. Plus, we are heading to Europe, where the boundaries have already been rethought. There are no boundaries there either, but for very different reasons. In our country, it is because it was believed that a person does not have any private space and any structure can interfere with it. Over there we enter a common space because everyone feels their boundaries and can have a conversation with another. In European society, everyone feels like the author of their own story and automatically gives the other the right to choose their stories. They discuss together what may be their common history, and this process does not stop. We should maintain our interest in the fact that the world can still revert to an unknown aspect, unseen aspects.

Iryna Slavinska: Yes, but when the world is turning toward an aspect that has never been seen, this can be perceived as a marvel; you can flee, beat. What does one do with those who want to knock?

Iryna Solovey: I am all for there being people who want to knock. In society, there must be a free reserve, not a specialized one, which can acquire a form that is most appropriate. The existence of diversity is a huge resource for acting appropriately in a situation.