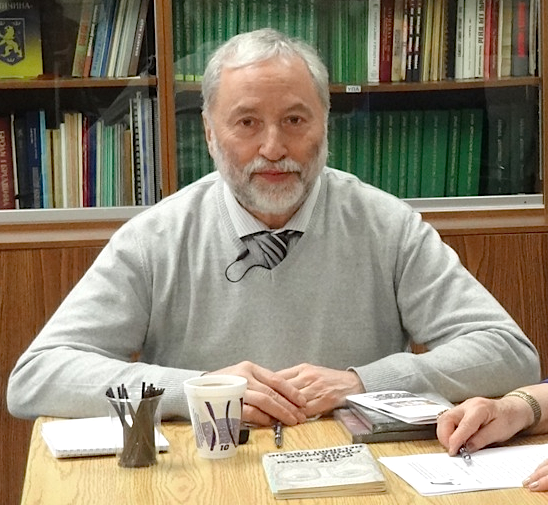 Josef Zissels, Chairman of the Association of Jewish Communities and Organizations of Ukraine, discusses the significance of the forthcoming 75th anniversary commemoration of the Babyn Yar Tragedy in Kyiv on 23-29 September 2016. He emphasized the history of the events at Babyn Yar has been encumbered by various Soviet and other falsehoods. Academic researchers need to work to uncover and understand all the facts, conditions, and events of the time. An honest academic approach is required. The public will then understand that research has uncovered all the material and they can familiarize themselves with the facts and express sympathy for the victims. The UJE-sponsored academic conference and publications are crucial as very little scholarly work has been available. There are memoirs and oral history of course but this is not enough and scholarly work is needed. Zissels is glad the Ukrainian Jewish Encounter developed as one of its main areas of activity the architectural landscape competition for the cleaning-up of the territory of Babyn Yar. This is vital because how can you memorialize and erect monuments when the very terrain of the site requires work? The entire area where the executions took place and where cemeteries were located need to be protected from inappropriate land use. This is a matter of respect to memory. Zissels notes many people are just living for the day now and we need to foster a respect for historical memory. He expects that all these events being planned for the 75th anniversary commemoration will encourage this respect for memory. And this respect is not based on just one approved memory as in Soviet times. There should be a pluralism in memory.