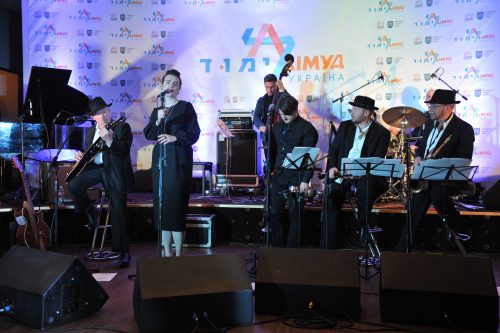 From November 6-9, 2014, Limmud FSU hosted more than 600 Jews from around Ukraine and the former Soviet Union, taking over the Hotel Dniester in Lviv’s old city, a UNESCO World Heritage site.

They were there to attend presentations on Jewish art, music, culture and history hosted by Limmud FSU. They were also there to network with other Jews wanting to strengthen their Jewish identity.

This year, they’ll do it again.

Limmud FSU is a global organization which seeks to restore the tradition of life-long Jewish learning — and to strengthen Jewish identity for young Russian-speaking adults in the Former Soviet Union, Israel, America and throughout the world.

Limmud is built on a unique model of seminars, lectures, workshops, and discussions … on topics ranging from Israeli politics to Jewish cooking; traditional texts to Yiddish theatre, dance, music, and more.

The word Limmud is derived from the Hebrew word for learning. FSU stands for Former Soviet Union.

Limmud began in the United Kingdom in 1980. Hundreds of Jewish activists attended this first Limmud conference. By 1990, Limmud had spread to Jewish communities across the world.

In 2006, Limmud FSU was founded. It brought conferences to Ukraine, Russia, and other countries of the Former Soviet Union. As well it spread to Israel, the USA and Canada, which saw its first Limmud in the fall of 2014.

Limmud Ukraine began in 2008, in Yalta. Now, annual Limmud FSU festivals are a tradition in Ukraine, and central to the resurgence of Jewish life across the county. Festivals have been held in Odessa, Truskavetz, Uzhgorod, Vinnitsa, Yalta and Lviv.

Sessions covered wide-ranging topics, from politics and nation building, to emigration, the history of Hassidism, existential thinking, literature, theatre, film and photography. And of course, music — from Ukrainian, Polish and Yiddish folk songs to George Gershwin’s Rhapsody in Blue.

Among the remarkable stories that emerged out of Lviv during the Holocaust was that of Kristine Chiger, who hid with her family in the city’s sewer system for 14 months during the Nazi occupation. She spoke at the conference via Skype from her home in New York.

The festival’s opening ball included a moment of silence for victims of the violence on the Russian border. Donations were collected during the conference for a hospitalized Ukrainian soldier wounded in the conflict.

Last year, the conference program included many new western Ukrainian intellectuals. This year the list will be continued, with the addition of new Limmud star science and music from around Ukraine and the world.

As well, the Ukrainian Jewish Encounter will host three panels — two reviewing their June conference on genocide & propaganda, the third a screening of their documentary film, Saved by Sheptytsky, about the renowned Ukrainian Catholic hierarch who sheltered Jews from the Nazis. Many entertainers at last year’s Limmud will return this year such as Lviv klezmer fusion ensemble “The Varnichkes”, the Jewish Vocal Ensemble "Simhe" from Vinnitsa, and others.