On February 4th, 2015, Jews around the world will celebrate Tu BiShvat. It falls on the 15th day of the Hebrew month of Shevat. In Jewish tradition Tu BiShvat is known as the New Year of the Trees.

Audio file you can find here. 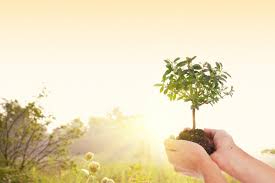 This date was first established in the era of Talmudic sages for a technical purpose: to calculate the beginning of the agricultural cycle in the context of Biblical tithes, relevant only in the Land of Israel. Later on, in the Middle Ages, when the Jews were in Exile, advancing Jewish mystical tradition transformed it into an important Jewish festival related to the essence of the Land of Israel and exploring the personal connection of the Jews with this land and its fruit.

In Israel, Tu BiShvat is also called Arbor Day and is an agricultural holiday in kibbutzim. This day, schoolchildren, kids and their parents all over the country plant trees. The exception is during Shmita or Sabbath years, such as the current year, when agricultural labour is prohibited by the Torah and the land must stay fallow.

The core notion of Tu BiShvat is the Seven Species (in Hebrew: Shiv'at ha-Minim). This refers to seven agricultural products – two grains and five fruits –listed in the Hebrew Bible (Deutronomy 8:8) as being special products of the Land of Israel: wheat, barley, grapes, figs, pomegranates, olives, and dates.

Eating these seven species – some as they are and also in a variety of dishes is the main part of Tu BiShvat seder (festive meal) – along with drinking four cups of wine while reciting the appropriate blessings. This tradition was instituted in the 16th century by the Kabbalist Rabbi Yitzchak Luria of Safed and his disciples. It became widespread and now is celebrated by many Jews, religious and secular, all over the Jewish world. The Kabbalists believed that the seder can bring human beings, and the world, closer to spiritual perfection.

The Tu BiShvat festival unites families and neighbors to enjoy the fruit, explore the sources, and sing and praise the Almighty for the fine land and fruit that He has given to the Jewish people.

In Ukraine, Tu BiShvat is also a time to celebrate one the most famous Jewish sages – Rabbi Sholom Mordechai Shvadron, also known as Maharsham of Berezhany.

He was appointed Rabbi of the Berezhany district in 1882 and continued to serve in that position until his death in 1911. Physically he was short and skinny, but in everything else he was a giant.

Rabbi Shvadron was a genius in learning, a gifted teacher, and an invaluable advisor to the Jewish community in Galicia and around the world.

Rabbi Shvadron published many books and commentaries. He was involved in the ordination of rabbis outside his community, and established a small local yeshiva, where young men could study canonical texts and traditions.

On January 21, 2011, more than a hundred pilgrims, all Rabbi Shvadron’s descendants, came to Ukraine from around the world to commemorate the 100th anniversary of his death.

The festivities took place in Berezhany, where Rabbi Shvadron rests in an ancient Jewish cemetery. Emotions were high, especially in discussions of the importance of preserving Jewish memory and local Jewish history as part of the Ukrainian State’s heritage.

The group then traveled to Kuty, another historical town in the Karpaty – the Carpathian mountains – to celebrate Shabbat and share stories about their grandparents, Ukraine’s thriving Jewish life in times past, and the revival of Jewish life in Ukraine today.

This pilgrimage has become an annual event, as the location has taken on added significance in recent times.

Next to the ancient Jewish cemetery in Berezhany where Rav Shvadron was buried, is a mass grave of Holocaust victims. For decades, this unmarked burial site lay under a school playground adjacent to the cemetery.

Eventually, local authorities agreed to have the playground moved, and a memorial to Rabbi Shvadron placed at the cemetery.

Wherever you live, may you enjoy all the beauty that nature unfolds with the approach of the Tu BiShvat celebration and the coming of Spring.