A Symbol of Revival: The Inauguration of the Center of Judaic Studies at the National University Ostroh Academy Ukraine

The Center for Judaic Studies at the Ostroh Academy was inaugurated on 25 April 2016.

The event is of historic importance as the first and most authoritative translation of the Bible into Ruthenian (the Ostroh Bible) was done in the Ostroh Academy in the sixteenth century. The reintroduction of Judaic studies in Ostroh is a symbol of the revival of Ukrainian Bible and Judaic studies. Ostroh is traditionally a bulwark of the Orthodox Church learning in Ukraine. 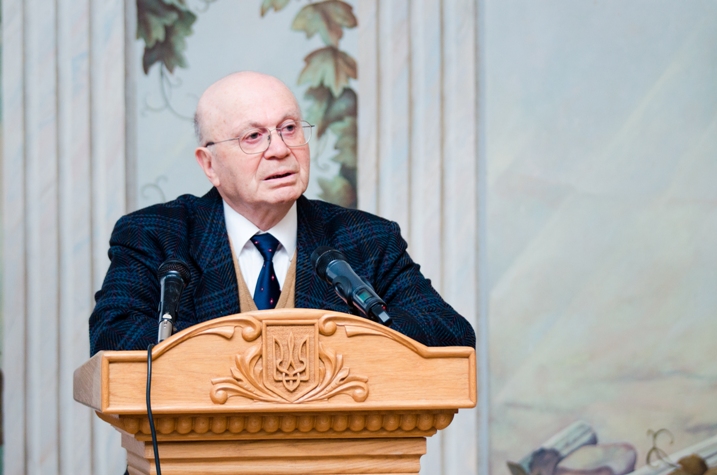 The new Ostroh Center is the third Chair of Judaic Studies to be established in Ukraine. The first two in the National University Kyiv- Mohyla Academy and the Ukrainian Catholic University in Lviv were endowed by the Ukrainian Jewish Encounter and it chairman, Canadian businessman and philanthropist James Temerty. Although the new Ostroh Center lacks such financial support for the time being, its young staff headed by Dr. Dmytro Tsolin starts its activity on an enthusiastic note. 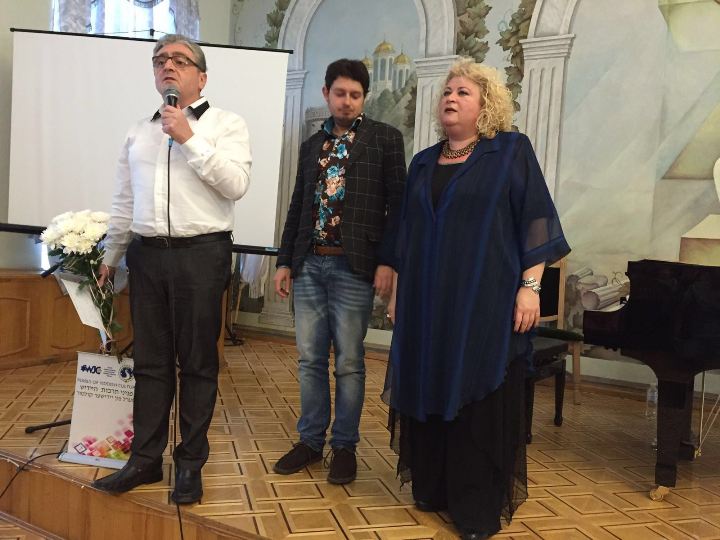 A representative delegation of colleagues from the Kyiv-Mohyla Academy attended the inauguration. After the opening speech by Professor Ihor Demydovych Pasechnyk, the floor was given to Mr. Josef Zissels, who heads Ukraine’s Jewish community and is a former Soviet dissident. His keynote speech on the criteria of Jewish national identity was warmly received by the audience that included the heads of the regional and district administrations, members the Academy Senate and academic staff, students, and many public figures.

Mr. Zissels was awarded the Medal of the Ostroh Academy for his indefatigable activity in support of Judaic studies in Ukraine and community work. UJE board member Professor Wolf Moskovich greeted the Ostroh Academy in the names of the UJE and the Hebrew University of Jerusalem. 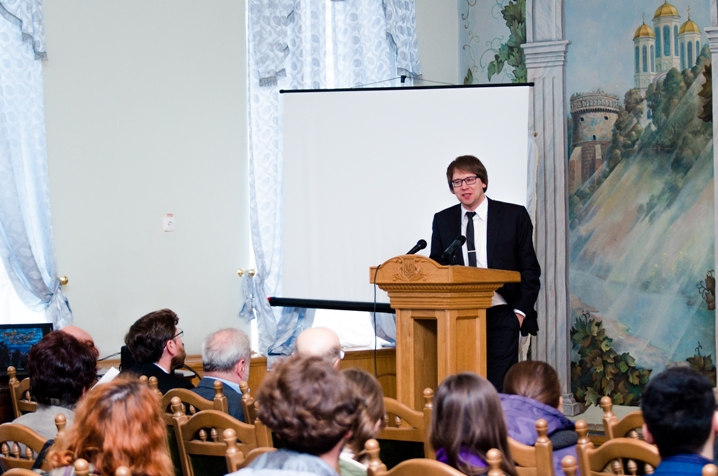 A lively concert of Ukrainian and Jewish folk songs performed by Dr. Mordehay Yushkovsky, the singer Maryna Yakubovych, and the pianist Lev Sandyuk of the Klezmasters group followed the ceremonial opening.

A scholarly seminar "Pearls of Yiddish Language Culture" on various aspects of the Jews in Ukraine, Yiddish literature, language, and folklore and their interaction with Ukrainian folk culture took place from April 25 to April 28. The seminar was sponsored by the International Center for Yiddish Language and Culture of the World Jewish Congress. 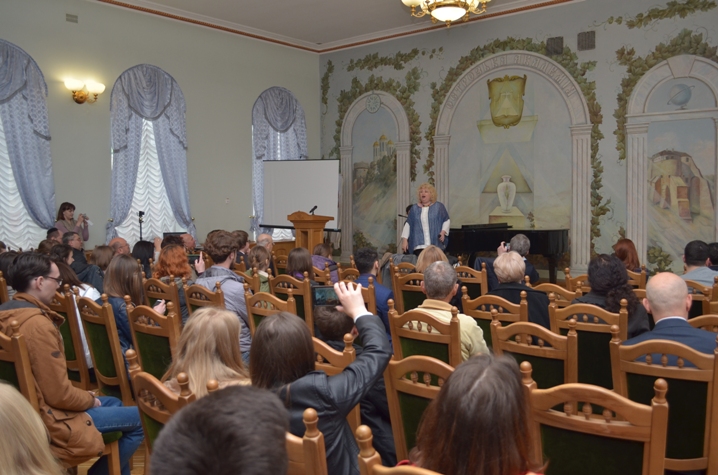 The attendees consisted of Ostroh Academy lecturers and students. The subjects of the lectures were new for them but their interest was evident. An innovative form of "lecture-concert" introduced at the seminar appeared to be extremely successful. Dr.Yushkovsky's lectures were accompanied by musical illustrations performed by Ms. Yakubovych and Mr. Sandyuk. 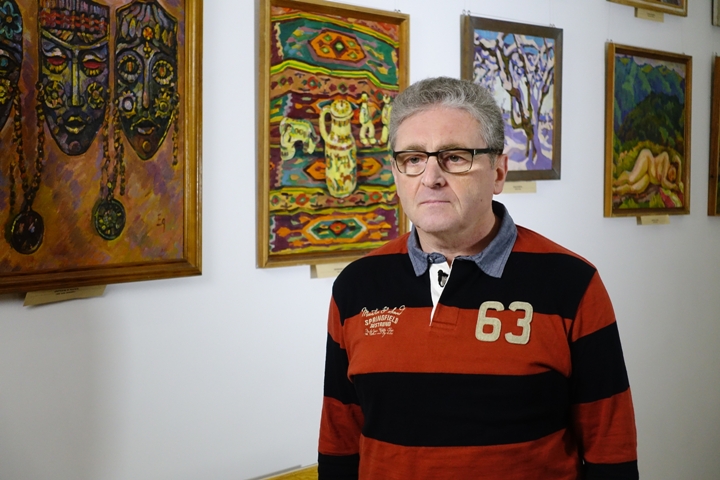 Tetyana Batanova of the Kyiv-Mohyla Academy gave a series of talks on Yiddish sociolinguistics, and Dr. Moskovich addressed mutual language influences in Yiddish and Ukrainian and the problem of the history of the Khazars in light of the history of Ukrainian Jews and Cossacks. The Ostroh Academy received support for the event from the local Jewish community headed by Hryhorii Arshynov. 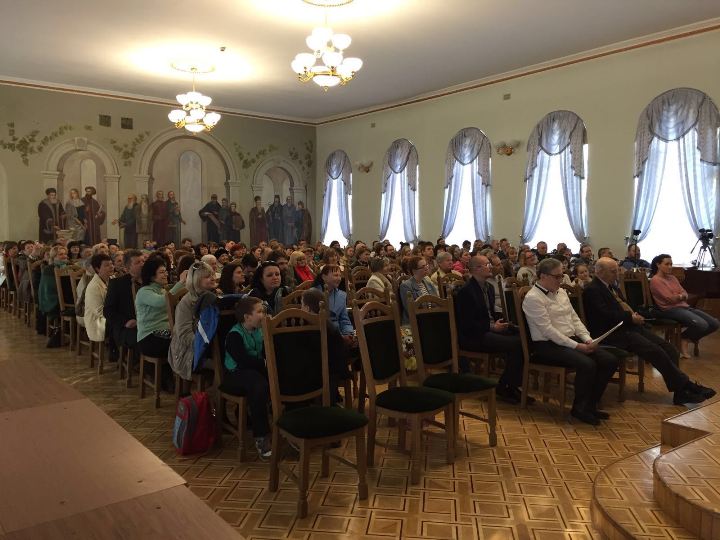 Participants visited the ancient Jewish cemetery and the ruins of the grand sixteenth century Maharsha synagogue, the rebuilding of which is now an all-European initiative. The oldest Jewish gravestone in Ostroh is dated 1520.

Ostroh is still a small town of over fifteen thousand residents, which includes three thousand students. It is a lovely place where one feels on every step the breath of Ukrainian and Jewish tradition. The Ostroh historical museum and the fortress museum house rare artifacts of international importance.

Prior to the Holocaust more than a half of its population consisted of Jews.