An open letter from Nobel laureates published in global newspapers

On 1 March 2022, a large group (that is growing daily) of Nobel laureates signed an open letter voicing their support for the Ukrainian people and the free and independent state of Ukraine as it faces Russian aggression. With the help of the Ukrainian World Congress, their letter has appeared in newspapers around the world, including the New York Times and its international edition, The Wall Street Journal, Canada’s The Globe and Mail, National Post and Toronto Star, France’s Le Monde, Germany’s Süddeutsche Zeitung, and Britain’s The Guardian.

The undersigned Nobel laureates voice our support for the Ukrainian people and the free and independent state of Ukraine as it faces Russian aggression.

In a move that recalls the infamous attack of Nazi Germany on Poland in 1939 (using similar tricks of feigned provocation) and on the Soviet Union in 1941, the government of the Russian Federation, led by President Putin, has launched an unprovoked military aggression — nothing else but a war — against its neighbor, Ukraine. We choose our words carefully here, for we do not believe the Russian people have a role in this aggression.

We join in condemning these military actions and President Putin’s essential denial of the legitimacy of Ukraine’s existence.

There is always a peaceful way to resolve disputes. The Russian invasion blatantly violates the United Nations Charter, which says "All members shall refrain in their international relations from the threat or use of force against the territorial integrity or political independence of any state." It ignores the Budapest Memorandum of 1994, which obligated Russia and others to respect the sovereignty, independence, and existing borders of Ukraine.

Russia’s security concerns can be addressed within the framework of the UN Charter, the 1975 Helsinki Final Act, and the 1990 Paris Charter. To make war, as President Putin and his collaborators have done, is an unwarranted, bloody, and unproductive way to a future.

The Russian invasion will stain the international reputation of the Russian state for decades to come. It will pose barriers to its economy and inflict hardships on its population. The sanctions imposed will restrict the ease of movement of its talented and hardworking people in the world. Why raise this fence between Russia and the world now?

Thousands have already died — Ukrainian soldiers, Russian soldiers, and Ukrainian civilians, including children. It’s so sad, so unnecessary. We gather in this appeal to call upon the Russian government to stop its invasion of Ukraine and withdraw its military forces from Ukraine.

We respect the calm and the strength of the Ukrainian people. We are with you. Our hearts go out to the families and friends of all, Ukrainians and Russians, who have died and been injured already. May peace come to this piece of our beautiful world.

Pdf of advertorial here. (Reflecting signatories as of March 5, 2022) 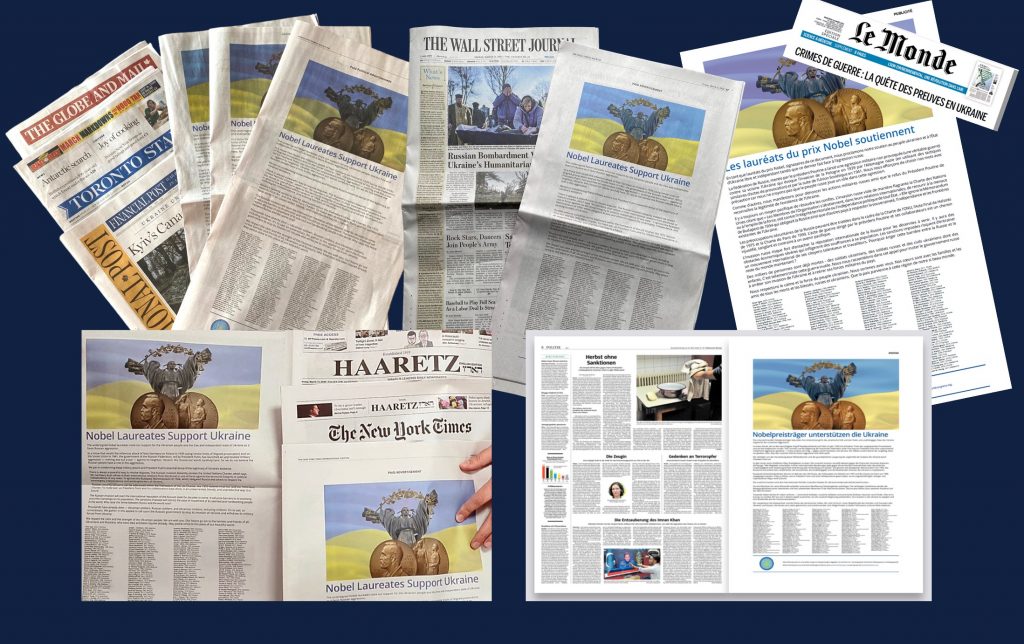 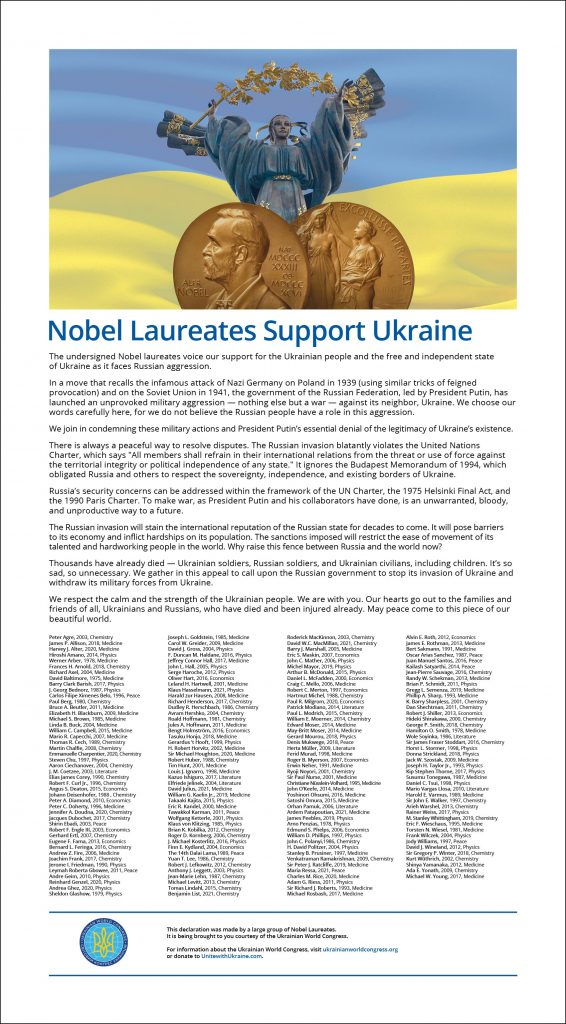