Appeal of Ukrainian Jews to the President, Government, Knesset, and Civil Society of Israel 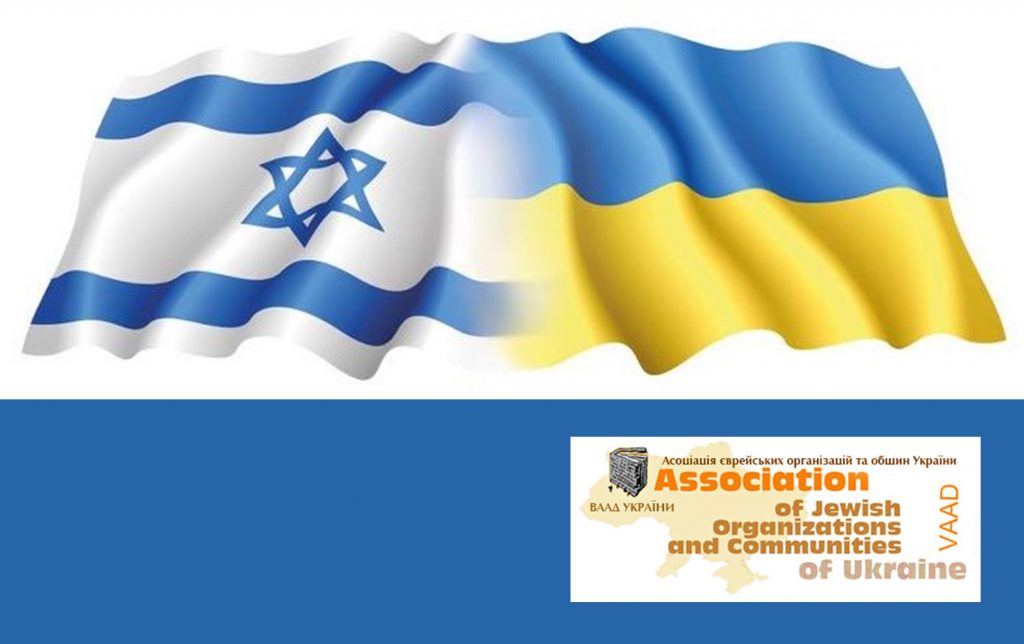 [Editor’s note: From Euromaidan Press, where the English-language version of the appeal was published: After Russia launched an attack on Kyiv with Iranian Shahed-136 drones, Ukrainian Foreign Minister Dmytro Kuleba asked Israel to provide air defense weapons. Israeli Defense Minister Benny Gantz rejected the request, mainly because Israel depends on cooperation with Russia to conduct Israeli air raids in Syria. Israel, he said, would provide early warning systems, but not air defense systems. In response, Ukrainian Jews and civic leaders have launched an open appeal to Israel, calling on the country to supply weapons to destroy Iranian drones.]

The Russian Federation launched a full-scale attack on Ukraine eight months ago. Thanks to the courage of the Ukrainian soldiers and officers, as well as the tenacity of the Ukrainian people, the aggressor failed. Furthermore, it appears to have been a turning point in the course of hostilities in recent months. Recent events demonstrate that in this losing military situation, the enemy has chosen the tactics of massive rocket fire and kamikaze drone attacks on residential areas and civilian infrastructure facilities critical to the population’s survival.

The Jews of Ukraine are victims of the Russian army’s hostilities, occupation, and war crimes, just like the entire Ukrainian people, of which they are an organic part. Tens of thousands of Jews were forced to leave, and hundreds died. The vast majority of them are civilians who were hit by Russian missiles, bombs, and shells in their own homes, on their way to work, during the evacuation.

Objects of the Jewish community’s infrastructure are being damaged and destroyed across the country, including memorials to the Holocaust victims, cemeteries, and synagogues. Rocket attacks hit synagogues not only in the war zone, such as Kharkiv and Mariupol but also in cities located tens or hundreds of kilometers from the frontline, such as Zaporizhzhia or Chortkiv in the Ternopil Oblasts in the west of the country.

The United States, Europe, and all civilized countries of the free world provide financial, humanitarian, and military-technical assistance to the Ukrainian people and army. Providing Ukraine with weapons that will aid the Armed Forces of Ukraine in achieving an early victory is the main factor in hastening the long-awaited peace.

We expected Israel’s understanding and support from the beginning of a full-scale invasion. Israel has been fighting for its survival against a fanatical enemy determined to destroy it since its inception. The Israeli people, more than anyone else, understand what it is like when the enemy, unable to win a conventional war, resorts to massive, targeted terror against civilians. We are sad to admit that our pleas for assistance have been almost entirely futile.

The Israeli government’s passive position of pseudo-neutrality, which benefits only the aggressor, raises more and more questions.

We are well aware of the security concerns that Israel’s responsible leaders are guided by.

However, we believe that the logic that led to the government’s criminal inaction is not only immoral but also unjustified. The desire to avoid antagonizing Russia is no different from the attempts to appease terrorists. Both Ukraine and Israel are well aware of the dangers of such behavior.

Russia is a clear and present danger to the entire civilized world. After some deliberation and unfulfilled hopes for Israel’s support, Russia has finally chosen its allies in the Middle East, and this is not Israel. Today, when the military alliance of the Kremlin regime with the Tehran mullahs and Palestinian terrorists has finally taken shape, this should finally become clear in Jerusalem as well.

Friends, it is not too late to join the alliance of democratic and free nations. Ukraine requires your assistance. Every day, dozens of unmanned aerial vehicles of Iranian origin fall upon our cities. Israel certainly has the technology to deal effectively with such a threat.

Take your place on the bright and fair side of history.

Originally appeared in Euromaidan Press. The Ukrainian-language version of the appeal is available here. The collection of signatures of Ukrainian Jews continues. To sign on to the appeal, please send a letter to the address: josef.zissels@gmail.com.