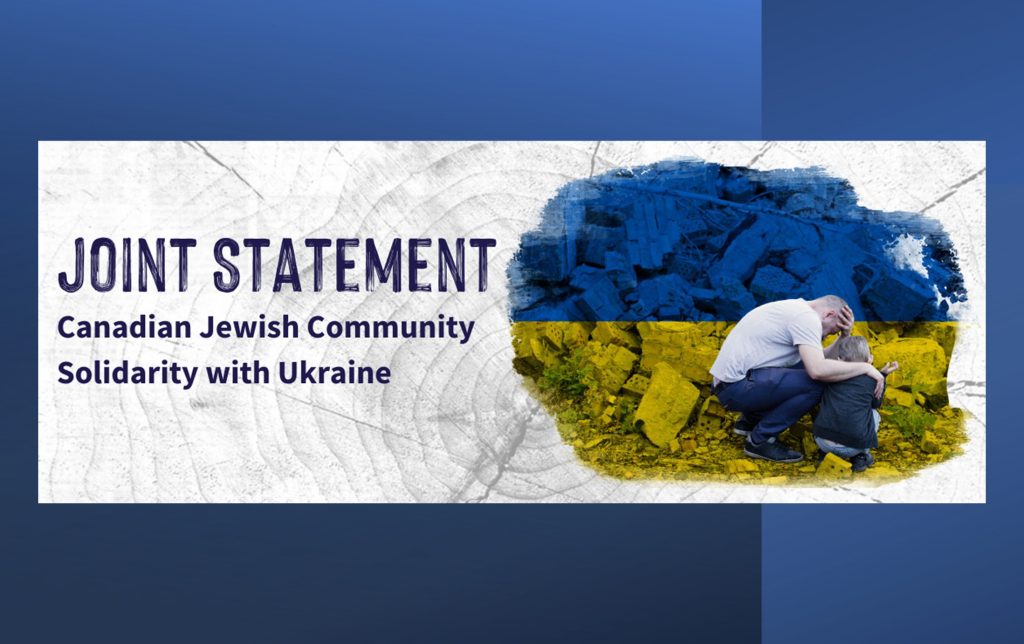 We have been watching the Russian invasion of Ukraine with horror and grave concern. To demonstrate our support for our Ukrainian-Canadian neighbours and the people of Ukraine, B'nai Brith Canada, The Centre for Israel and Jewish Affairs (CIJA), and Friends of Simon Wiesenthal Center for Holocaust Studies (FSWC) in addition to signatories from the Jewish community nation wide came together to issue the following statement:

The Jewish community of Canada stands in solidarity with the people of Ukraine and our friends and neighbours in the Ukrainian Canadian community during these horrifying times. Canadians have been appalled by the ongoing aggression against Ukraine and the devastation that has resulted, and we encourage our fellow citizens to remain steadfast in their support for Ukraine’s fight for freedom.

We call on the Government of Canada to do everything in its power to push back against Putin’s belligerence, protect the Ukrainian people, and, in the name of democracy, do what is required to defend the sovereignty of an independent and democratic Ukraine.

Jewish Museum and Archives of B.C.Vancouver

March of the Living, Toronto

Toronto Board of Rabbis, Toronto