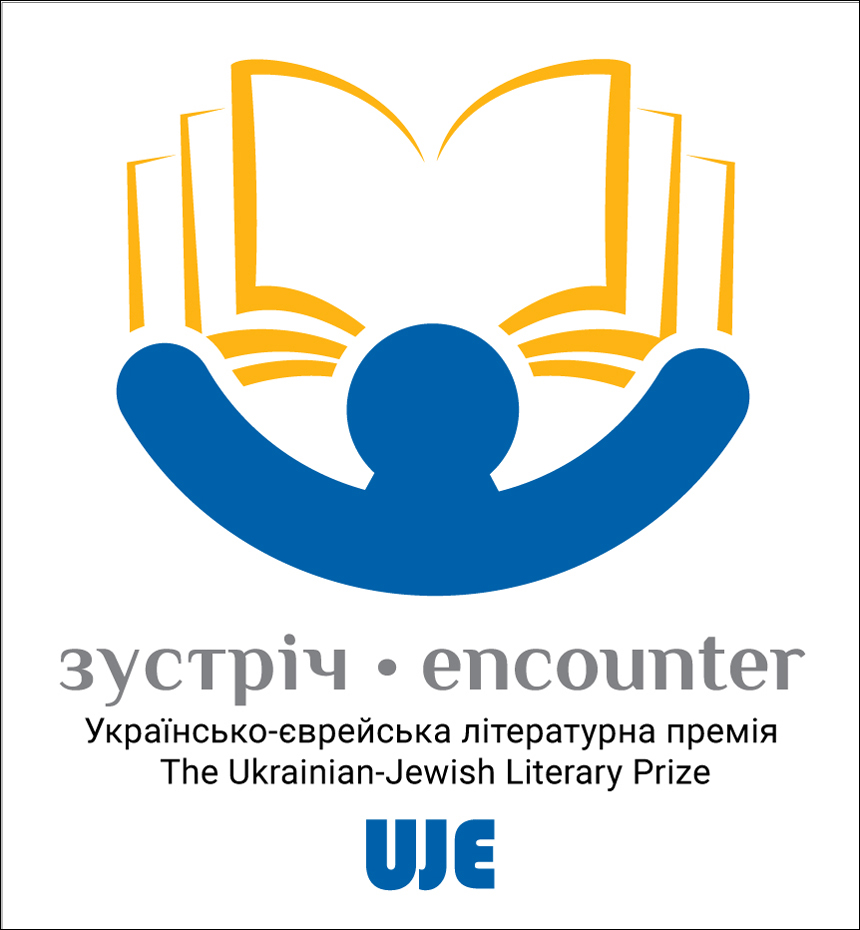 The Ukrainian Jewish Encounter is proud to announce “Encounter: The Ukrainian-Jewish Literary Prize.” The prize is dedicated to works of fiction and non-fiction that explore, in whole or in part, the varied aspects of the Ukrainian-Jewish experience. Valued at six thousand Euros, the prize will be awarded annually beginning in September 2020.

The award is funded by UJE, a Canadian charitable organization, with the support of the BookForum, Ukraine’s oldest literary festival, and the Ukrainian Book Institute.

“Ukraine has a rich multi-ethnic literary, cultural, and linguistic heritage. This award will build on that legacy by recognizing writers and publishers who are exploring the relationship between ethnic Ukrainians and Jews, two peoples who have coexisted for more than a millennium on the lands that comprise modern-day Ukraine,” said Natalia A. Feduschak, UJE’s communications director. “We are delighted to be working with the BookForum and the Ukrainian Book Institute in realizing this award. These organizations are deeply committed to promoting Ukrainian literature, at home and abroad. This is a natural partnership as we have been cooperating with both organizations in recent years.”

“This book award is the result of a longstanding partnership between the NGO “Publishers Forum” and the charitable organization Ukrainian Jewish Encounter. Certainly, it will become a landmark event not only for the Lviv International BookForum, but also for Lviv and Ukraine, “ said Kateryna Shevchenko, director of the NGO “Publishers Forum”.  “Book people are called to foster cooperation and understanding between different peoples and nations, so we are convinced that the Ukrainian-Jewish literary prize ‘Encounter’ will create the best example of such interaction in the sphere of Ukrainian-Jewish relations."

All submitted books must be published in Ukraine. While priority will be given to original works in the Ukrainian language, exceptional books translated from other languages will be considered.

The award guidelines and application form will be available on the UJE website www.ukrainianjewishencounter.org.

The UJE is a privately organized, multinational initiative launched in 2008 as a collaborative project involving Ukrainians of Jewish and Christian heritages and others, in Ukraine, Israel, and the diasporas. Its work engages scholars, civic leaders, artists, governments, and the broader public in an effort to strengthen mutual comprehension and solidarity between Ukrainians and Jews.

The BookForum and Lviv International Literary Festival are Ukraine’s principal book event and one of the largest in Eastern Europe.

The Ukrainian Book Institute was founded in 2016 with the goal of promoting Ukrainian literature, both in Ukraine and abroad.

Representatives from the three organizations will hold a briefing in mid-January 2020 to discuss the award. Details will be available after the New Year.