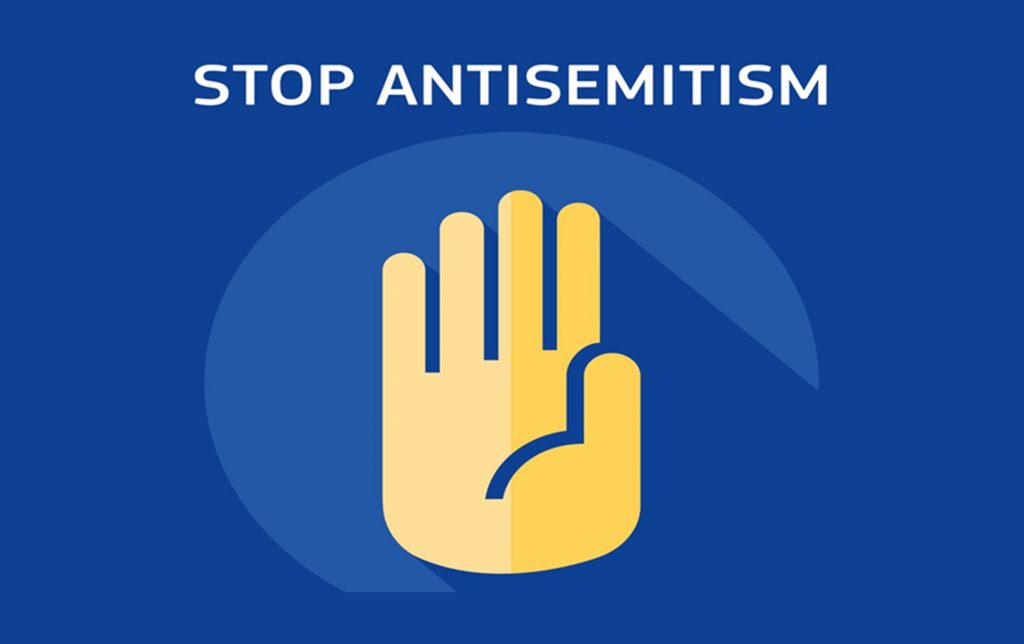 On 23 September 2021, the Ukrainian parliament passed Law №5109 "On Prevention and Counteraction to Antisemitism in Ukraine." Speaker of the Verkhovna Rada Dmytro Razumkov signed the law on 29 September, the very day that the shootings of Kyivan Jews began in Babyn Yar eighty years ago.

It was expected that President Volodymyr Zelensky would sign this law during the state events marking this tragic anniversary on 5–6 October 2021, when President of Israel Isaac Herzog visited Ukraine. President Zelensky signed the law on October 7.

The person behind the initiative to adopt this piece of legislation was People's Deputy of Ukraine, Maksym Buzhansky from Dnipro, who received support from the entire faction of the Servant of the People Party. Besides him, 49 other Verkhovna Rada deputies were co-authors of the law. Thanks to the number of mandates held by the pro-presidential faction, the bill passed with 283 votes to 5; 40 deputies abstained, and 33 were absent.

The draft law was opposed by People's Deputy Volodymyr Viatrovych and his colleagues from the European Solidarity faction. Viatrovych had proposed amendments to the bill, which would radically change and expand the essence of the law, specifically, by adding Ukrainophobia and xenophobia in Ukraine, in general, to the condemnation and ban on antisemitism. But during a vote, all of Viatrovych's amendments were rejected, and the law in the version proposed by Buzhansky and the Servant of the People faction was adopted.

In an exclusive commentary given to Ukrainian Jewish Encounter, Michael Brodsky, Ambassador of Israel to Ukraine, said: "The adoption of a law on the struggle against antisemitism is an important step, especially on the eve of the 80th anniversary of the Babyn Yar tragedy and the visit of Israel's president to Ukraine. We hope that this law becomes an effective instrument that will help law enforcement agencies and the judicial system of Ukraine in the struggle against antisemitism."

Member of the Knesset Evgeny Sova, who heads the Yisrael Beiteinu faction in the Israeli parliament and is the co-head of a group overseeing interparliamentary relations between Israel and Ukraine, posted the following comment on the adoption of this law on his Facebook page: "For me, an Israeli, native of Ukraine, and Member of the Knesset, this is very important. I hope that the adopted law will help fight effectively against antisemitic moods and myths, and that it will also have an effect on efforts to distort the history of Ukrainian–Jewish relations, the Holocaust on the territory of Ukraine, with all honesty and directness."

"I am convinced that this law will bolster the friendly relations that exist between Israel and Ukraine and strengthen mutual understanding and close ties between our peoples," Sova added.

The Jerusalem Post reported the words of the famous human rights defender and former head of Sokhnut, the Jewish Agency for Israel, Natan Sharansky: "Ukraine's decision to pass a law banning antisemitism will make a great contribution to the global struggle against hatred and discrimination against Jews."

Another Israeli news outlet, The Times of Israel, ran an article about Law №5109 headlined, "Ukraine bans antisemitism with new law, but does not stipulate punishments." The outlet noted that the new law does not mention aggressive "rhetoric regarding Israel" or the "growing phenomenon in Ukraine of glorifying Nazi collaborators as national heroes."

The law's shortcomings also drew criticism from the Ukrainian columnist Serhiy Hrabovsky published in the newspaper Den′ (The Day): "The attempt to liquidate the State of Israel as the national home of the Jewish people, no matter with what words this intention is covered up, signifies in fact an attempt at the practical continuation of the Holocaust, the continuation of Hitler's horrific cause."

In his analysis, Ian Profiri of the University of Calgary Law School (Canada) notes that the bill banning antisemitism "adds civil liability to criminal liability that presently exists under Article 161 of the Ukrainian Criminal Code. Article 161 prohibits willful acts of inciting hatred or the restriction of rights based on another's race, religious beliefs, place of origin, and other enumerated grounds; the criminal punishment for which is a prison term of two to five years."

As was to be expected, criticism of Law №5109 came from Moscow, this time from the Federation of Jewish Communities of Russia, which decried the "insufficiently complete definition of antisemitism," as laid out in the law. Aleksandr Boroda, the head of the Federation, noted that the new Ukrainian law does not touch on the issue of the glorification of individuals who collaborated with the Nazi regime in the implementation of the Holocaust.

"There are many cases where former Nazi accomplices are called national heroes. Shouldn't such statements also be considered extremist and antisemitic? Without doubt, the elevation of historical figures who took a direct part in pogroms and the genocide distorts the moral assessment of historical events and is offensive to the memory of Holocaust victims," Rabbi Boroda said.

The Ukrainian essayist Hrabovsky voiced his fear that after the adoption of the new law, "certain individuals could demand the removal from circulation or censorship of texts by, say, Shevchenko or Hrushevsky, where the word zhyd is used, because such texts (and we're talking about dozens of Ukrainian authors) provoke animosity toward these individuals as people of Jewish background."

I have my own doubts concerning a number of points featured in the new law, which strike me as insufficiently precise, vague, or which have two meanings.

— "Verbal and physical manifestations of antisemitism are directed against Jews or non-Jews and/or their property, institutions, religious places of the Jewish community."

The very concept of "verbal manifestations of antisemitism" is not precisely defined and does not have a clear-cut framework. It is not clear whether this means verbal statements or commentaries/articles on social media.

— "The denial of the right to self-identification to people of Jewish origin."

This point can lead to anecdotal situations where a person, one of whose ancestors was Jewish but whom the Jewish religious community does not recognize as Jewish, can file a lawsuit against this community, accusing it of antisemitism because of the "ban on Jewish self-identification" of this individual.

This paragraph offers an opportunity for an excessively broad interpretation of the word "offensive." A Jew or any other person can be offended by something. However, there are no clear-cut criteria in the law, just an emotional definition.

— "Deliberate damage or destruction of buildings and other structures that belong to people of Jewish origin, Jewish communities, and Jewish civic organizations […] motivated by antisemitism."

This paragraph allows for the inclusion of Jewish-owned businesses in the list of "buildings and other structures." If someone breaks a window at a shopping center, store, or office that belongs to a Jew, s/he can, in keeping with the law, speak about a manifestation of antisemitism. In reality, however, these could be cases of hooliganism or results of business conflicts.

On the whole, thanks to this law, Ukraine has joined EU countries like Germany, France, and the Netherlands, which have already adopted laws on criminal liability for manifestations of antisemitic hatred.

Addendum: Text of Law №5109 passed by the Verkhovna Rada

On Prevention and Counteraction to Antisemitism in Ukraine

This Law is aimed at preventing and countering antisemitism and its manifestations in Ukraine.

Article 1. Definition of the Term
Antisemitism is a certain perception of Jews, which is expressed as hatred toward them. Verbal and physical manifestations of antisemitism aimed at Jews or non-Jews and/or their property, institutions, religious places of the Jewish community.

Article 4. Liability for violating the law against antisemitism
Persons guilty of violating the requirements of this law bear civil, administrative, and criminal liability in accordance with the law.

Article 6. Final Provisions
This Law comes into force on the day following the day of its publication.

Head of the Verkhovna Rada of Ukraine