Ukrainian Christians have put things in order in the Jewish cemetery 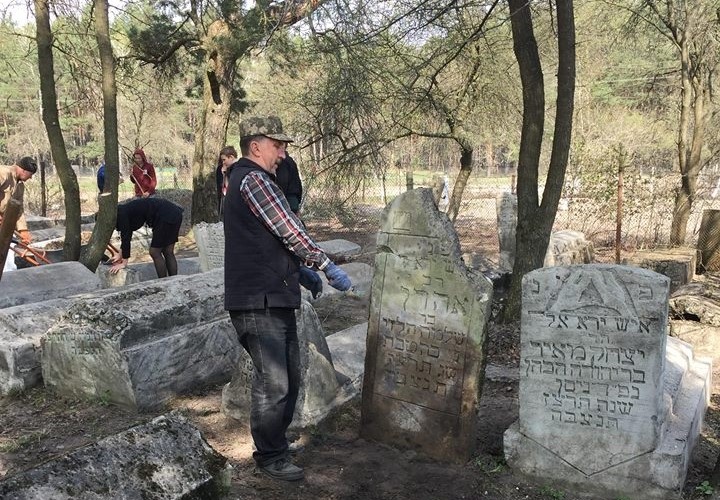 In the village of Rafalivka in the northern Rivne region of Ukraine, a group of Ukrainian residents on their own initiative have conducted a community clean-up of the abandoned Jewish cemetery.

Stepan Kilyushyk, the presbyter of the local "Church of Evangelical Christians," was the organizer of the community initiative to clean the Jewish cemetery.

Serhiy Savonyk, one of the parishioners of this church and a participant in the cleaning of the cemetery on 21 April, told the Ukrainian Jewish Encounter: "We want to preserve the Jewish cemetery for history. Unfortunately for the Jewish people it was tragic in these places in 1942."

According to Savonyk, the village council in previous years was engaged in cleaning the Holocaust memorial and the cemetery. "And that year the head of the village council asked the presbyter for our church help in this matter. Many people came to take part in the cleaning. Everyone knows the history of the Israeli people from Abraham, and all worked happily for several hours."

"Maybe in the future we will put a new fence around the cemetery," said Savonyk.

On 29 August 1942 close to 2500 local Jews were shot by Nazis in the forest on the outskirts of Rafalivka. Now there is not a single Jew in the village.