The international conference “Recent Problems in Ukrainian Studies” held in Vienna from 11-13 June 2015 attracted leading experts in the field from many European states, the United States, and Israel. Several papers were dedicated to the situation in contemporary Ukraine. The conference opened with the paper “Euromaidan as a Milestone towards the Creation of the Ukrainian Political Nation: Ukrainian-Jewish Relations Today,” which was delivered by Wolf Moskovich of the Hebrew University in Jerusalem. Moskovich, a UJE Board Member, showed how the positive attitude to the Jewish minority became the litmus test of the Euromaidan revolution. 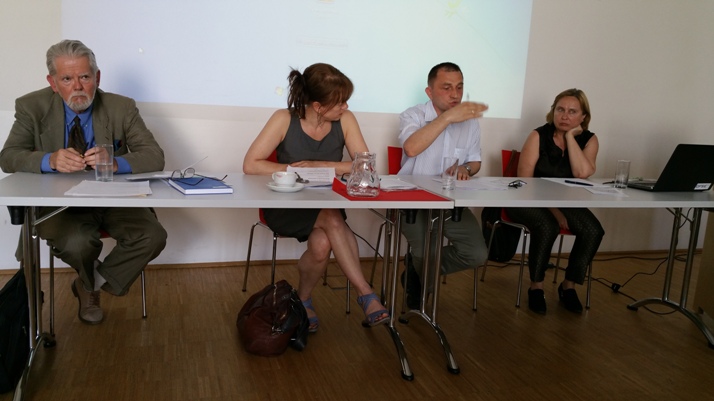 “While the past cannot be forgotten, Ukraine is building its future relations with its Jewish minority by opening a new page in this connection,” stated Moskovich. “Recent declarations by some Ukrainian Jewish leaders that they feel themselves a part of the Ukrainian political nation could be a harbinger of a new post-Maidan approach to the problems of building the Ukrainian identity not on an ethnic but on civic ground. UJE sponsorship and support of projects directed towards mutual Ukrainian - Jewish understanding and rapprochement is an important factor in improving relations between these two nations.”

Ukraine’s international image and standing has been enhanced by the absence of antisemitic acts in the post-Maidan period despite the propaganda war waged by the Russian mass media, which has called the new Ukrainian government fascist and antisemitic.

In additional presentations, Roman Dubasevych of Greifswald University in Germany spoke of the lyrics of the Maidan as revolutionary poetics and Przemyslaw Tomanek of the Jagiellonian University in Cracow analyzed the Russo-Ukrainian struggle as a conflict between Eurasian and European civilizations. 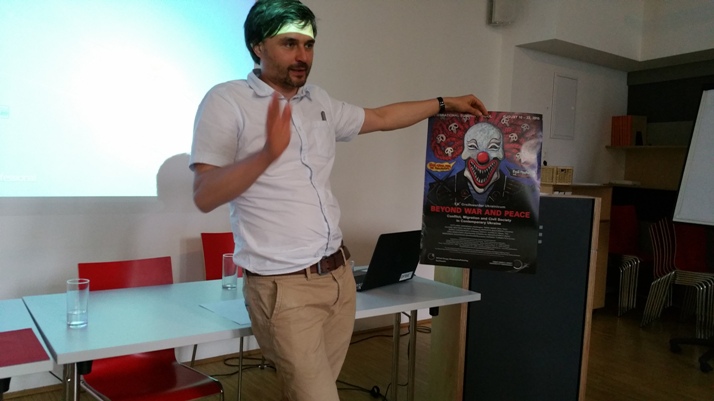 All photos courtesy of Wolf Moskovich