Posted On: October 27th, 2020
Posted In: The Holocaust in Ukraine, History 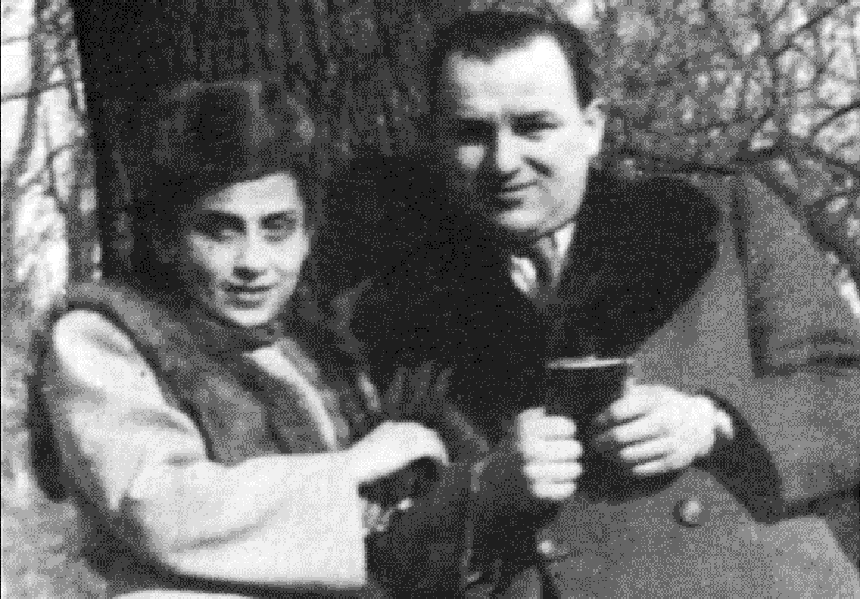 In 1936 a young Ukrainian named Nestor Sniadanko, a native of the city of Sokal, in Galicia, began his studies at the Faculty of German Philology at Lviv University. There he met a fellow student, a Jewish girl named Antonia Gruber, who had a musical education. The pair frequently socialized with Ukrainian-Jewish friends.

When the Nazis occupied Lviv, Nestor was twenty-four years old. Antonia was twenty-five. In July 1941, Antonia’s father, Shimon Gruber, was killed during a second wave of pogroms in the city.

Nestor began helping Antonia, her mother, and her brothers. He gave them news about the city and bought groceries so that they would not have to leave their apartment and venture out on the streets, where anti-Jewish violence was taking place.

Thanks to his knowledge of German, Nestor got a job in the food distribution department of the Lviv municipal administration, where he took advantage of his bureaucratic opportunities to save Jews. He brought information and food to Antonia, her mother Blanca, and her brothers, Jozef and Marcel, as well as their grandmother. He continued to give them assistance even after they were resettled in the ghetto.

During an operation to kill Jews in August 1942, Antonia managed to escape from her workstation in a factory and headed out to connect with Nestor. At the time, he and his male cousin were renting a one-room apartment in a well-to-do Polish neighborhood in the city. Shortly after Antonia appeared in their building, the cousin moved out. Neither Nestor’s neighbors nor his friends and parents were aware of the presence of the Jewish girl, who was hiding behind a sideboard in the pantry.

Risking his life, Nestor decided to help another Jewish girl, whom he hid in his apartment together with Antonia. In addition, Nestor regularly supplied food to a Polish family that was hiding a Jewish girl.

Antonia remained in Nestor’s apartment until Lviv was liberated by the Red Army on 27 July 1944. Right after the liberation, she married her savior. None of Antonia’s relatives survived. The young couple began preparing for their departure from the USSR. In the meantime, Nestor taught German language and literature at Lviv University.

In 1946 they managed to leave the USSR thanks to a program “to repatriate former citizens of Poland.” In the Displaced Persons camp in the Bavarian town of Rosenheim, Nestor-Zenon Sniadanko changed his name to Josef Gruber, adopting his wife’s surname. In August 1947, their son, Freddie Gruber, was born in the camp.

In 1948 the young couple settled in Haifa in northern Israel. For many years Josef Gruber worked as an oil and gasoline sales manager at Shell, whose name was later changed to Paz in Israel. Antonia taught music to children at the conservatory in Haifa. 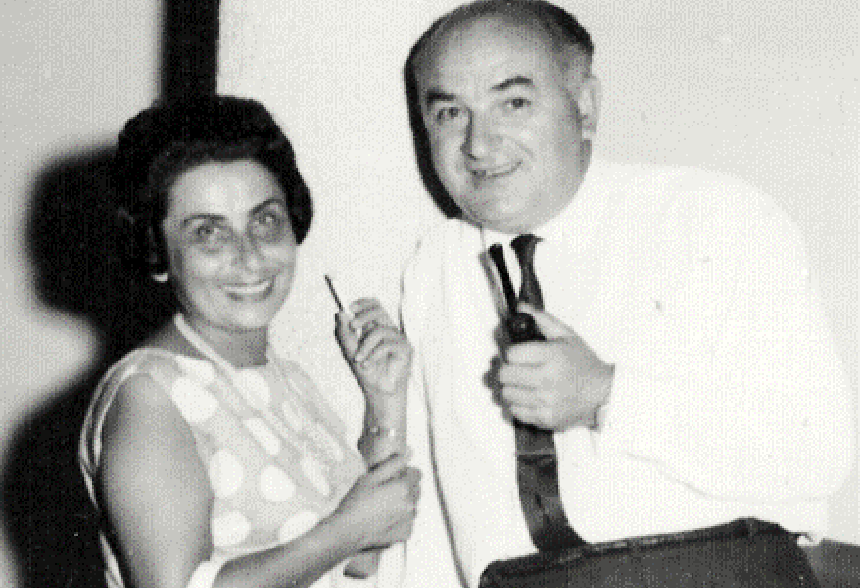 Nestor-Josef died in 1979 at the age of sixty-two. He was buried in the Catholic cemetery in Haifa, in the French Carmelite monastery of Stella Maris. It is worth noting that he was buried and escorted on his final journey by a priest from this monastery, Brother Daniel, whose real name was Oswald Rufeisen, a Jew from western Galicia, who was baptized and took refuge in a Catholic monastery during the Holocaust.

For many years Antonia did not dare tell anyone the story of how she was saved. When she turned eighty-eight, she asked Yad Vashem to award her savior, her late husband, the title of Righteous Among the Nations. Yad Vashem awarded this distinction to Josef Gruber (Nestor-Zenon Sniadanko) on 6 November 2005.

In the Garden of the Righteous Among the Nations in Haifa, a commemorative marker was installed in honor of Nestor Sniadanko.

Freddie Gruber, the son of Nestor and Antonia, became a “guru” of Israeli television. For many decades he reported on international stories and made documentary films for the First Channel in Israel. He was the first Israeli journalist to get exclusive interviews with Henry Kissinger, Jimmy Carter, and George Bush, Sr. Freddie’s popular films about nature and social problems made Freddie a star among Israeli viewers.

Freddie first visited Sokal, his parents’ birthplace, in August 2013. When he crossed the threshold of Sokal Gymnasium, he said that he felt right at home because Nestor Sniadanko had graduated from this school. In memory of his parents, Freddie Gruber founded an annual prize for the best students of foreign languages in Sokal Gymnasium.

For six years, the prize was awarded by Freddie’s niece, Iryna Sniadanko, Doctor of Psychology and associate professor at the Department of Theoretical and Practical Psychology at Lviv Polytechnic National University.

In 2019 Freddie experienced clinical death, but he recovered. Today he lives in the city of Rehovot.

By the end of her life, Antonia was nearly blind. She insisted on having surgery to remove cataracts. The operation was successful, and Antonia was able to see her son. Freddie recalls that as soon as Antonia opened her eyes, she told her son that his shirt was not properly ironed.

Before her death, Antonia talked about Nestor: “He followed me in my life when he went to the Land of Israel with me. Therefore, I will follow him in my death.”

Antonia died in March 2012 at the age of ninety-six. Her last wish was to be buried next to her husband. In keeping with her request, the gravestone is inscribed with the words: “Antonia Gruber, saved during the Holocaust by Nestor Sniadanko, Righteous Among the Nations.”