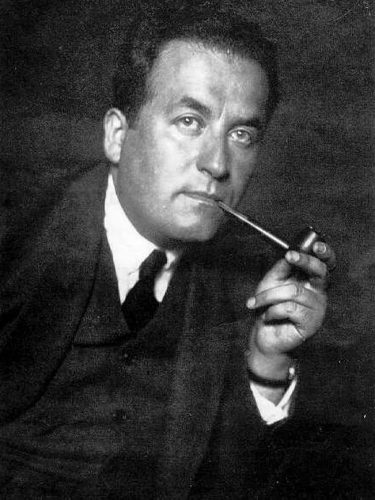 In 1966, the Israeli writer Shmuel Yosef Agnon was awarded the Nobel Prize in Literature for his book A Guest for the Night.  Set in the eastern Galician town of Buchach after the First World War, it is the story of a Jewish man who returns to his hometown only to find many of his friends have been taken by war, pogrom, or disease.  Despite this, he vainly attempts to assemble a congregation for a service in a local synagogue. The character eventually returns to his home in Jerusalem.

A Guest for the Night is a confluence of Agnon’s view of his people’s past, present, and hopes for the future. In acknowledging his work, the Nobel Prize committee noted, “Agnon’s unique quality as a writer is apparent chiefly in the great cycle of novels set in his native town of Buczacz [Buchach], once a flourishing center of Jewish piety and rabbinical learning, now in ruins.  Reality and legend stand side by side in his narrative art.”

Although Buchach played a pivotal role in his literature and Agnon is considered to be one of the central figures of Hebrew-language literature, he remains an enigma in the land of his birth.

Now a new generation of Ukrainian writers is returning Agnon to Ukraine by going back to his roots, and looking at Buchach through fresh eyes, much as the writer did when he returned to his hometown on a short trip in 1930.

The Key in the Pocket is a collection of nine essays written by Yevheniya Senik, Sophia Andrukhovych, and Andriy Lyubka, who participated in short-term literary residencies in Buchach in August, September, and October of last year. The residencies were part of a larger project called “Agnon: Fifty Steps to Understanding” undertaken by the Agnon Literary Center in Buchach to commemorate the fiftieth anniversary of Agnon winning the Nobel Prize. 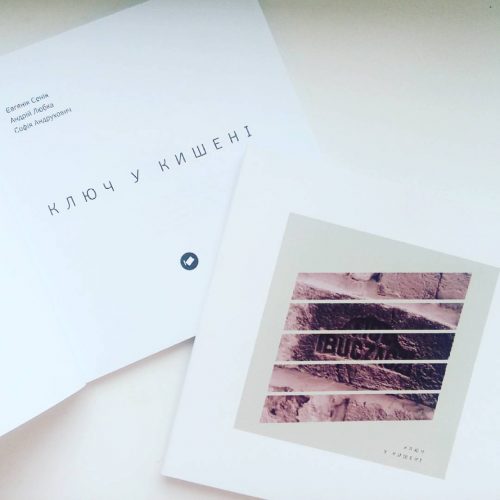 Mariana Maksymiak, the center’s director, says one of the goals of the project and residence was to unveil the rich cultural legacy of Ukraine’s smaller cities.

“Halychyna [Galicia] is a territory of infinite stories, infinite biographies, and each of them is interesting,” she said in presenting the book of essays at Kyiv’s Arsenal International Book Festival in May. “World War Two crossed out the lives of many…the mission is to return Buchach to Ukraine’s cultural map.”

One of the requirements of the residency was that the Ukrainian writers were to have read A Guest for the Night so they could recreate in their minds the Buchach (it is called “Shibush” in the novel) as seen by Agnon and its residents during the interwar years.

Yevheniya Senik was the first writer to visit Buchach. The invitation came at a time when she had just completed Jewish studies at the National University of Ostroh Academy, where she learned, among other subjects, Ancient Hebrew.

She arrived in Buchach in August; in the same month Agnon had eighty-six years before for a brief visit.

Agnon had left his native Buchach in 1908 for Ottoman Palestine when he was not quite twenty.  He lived for a time in Germany (1912-1924) and returned to Buchach twice in 1913, before and after his father’s death. He made another trip in August 1930, when he toured Galicia.  He spent seven days in Buchach and never returned.  He died in Tel Aviv in 1970.

“Agnon’s texts were an opening,” said Senik. “He worked at a time when new words in Hebrew were still being created.  He was a creator of words. There are words in Agnon that are only his. And you have to understand that to read Agnon in the original, this is joy.”

Senik, who is from Luhansk, a region of Ukraine currently under the control of pro-Russian separatists in Russia’s war against Ukraine, noted the Buchach trip touched her in an unexpected way.

“Through Buchach, he became closer to me because I am originally from a small village in Luhansk. At this moment I can’t go home, and I very much miss home. When I came to Buchach, I felt to a certain degree at home. And through Agnon’s texts, he became my friend.”

Sofia Andrukhovych is the author of Felix Austria, a Ukrainian bestseller that has been translated into several European languages.  She is originally from Ivano-Frankivsk, some seventy kilometers from Buchach.

“The city opened from the inside, the city invited me in,” Andrukhovych said of her residency.  “When I think of that experience, I understand this was one of the most unforgettable trips I’ve taken.”

Andrukhovych said she felt she was a participant in Agnon’s novel, keenly feeling the main character’s sadness as he returns to the city of his birth and sees how it has changed, and not for the best.

Contemporary Buchach, however, is special in that it remains a provincial city where “we can at the same time see the influences of large subjects and micro-stories,” Andrukhovych said. “We can take the stories of the shtetl, the Jewish cities in western Ukraine…and see what happened during the Soviet period and see how this looks today.”

“These are stories of the conscious and unconscious,” she said.

It is the unconscious that Andriy Lyubka writes about in one of his essays, “Galicia, The Undiscovered Troy,” which also appears in his latest collections of short stories, Saudade.

He noted the week he spent in Buchach allowed him to take two trips at the same time.

“I was in Buchach in 2016, but reading Agnon’s book, I returned almost a century. It was interesting to compare these two cities: the real Buchach of today and the mysterious, mystical “Shibush.” Reflections on Buchach are impossible without a wider context. This is like a glass in an eyepiece, through which you can view all of Galicia. Buchach and Galicia were lucky that they had such a chronicler-writer as Agnon, but also Agnon was lucky to have in his life Galicia and Buchach, without which he would not have formed as a writer and thinker,” he said.

A Guest for the Night was published in 1939, before the outbreak of the Second World War. Even though Agnon ventured into new literary territory in new Jewish lands, a longing for Buchach in place and time reverberate throughout his writings. In the final years of his life, Agnon feverishly worked on a series of stories about Buchach, which appeared in newspapers and literary supplements.  A City in its Fullness, an English-language collection of those stories, was recently published by The Toby Press.

The Agnon Literary Center received support from UJE for its program “Agnon: Fifty Steps to Understanding”.

Photos and video from the panel discussion about the book “The Key in the Pocket” at Kyiv's Arsenal Book Fair, May 19, 2017.

15:24-17:18
Representative of Goethe Institute in Ukraine

Excerpts from “The Key in the Pocket”

From the essay Glasses of Agnon by Yevheniya Senik

If we get back to those who are attracted to Buchach for different reasons, you can easily ascertain the travelers’ motives. There is the old history, interesting architecture, botanic features uncommon for the area, the masterpieces and puzzles of Pinzel, and the coded creativity of Agnon…Yet again, I was heading for the latter. For the one whose words used to take away my soul’s peace, and at night, my sleep. I knew I would not be able to see him in person but I wanted to at least walk along the streets he walked, hoping to find the slightest evidence of his presence, or to touch the ground that gave birth to Agnon and gifted him with all the skills and talents that helped him to create the unparalleled texts recognized to be worthy of the Nobel Prize. It is the name I keep mentioning in discussions over the last several months. Agnon.

From the essay Galicia, the Undiscovered Troy by Andriy Lyubka

I am amiss, for Agnon and I appear to find ourselves in different places. Well, it seems to be all here – Koleyova Street, the spring the Polish king Jan Sobieski used to drink from, and the hotel the writer stayed in, and the sites where the former Great Synagogue and the Beth Midrash once stood (today, they host market stalls and stores), and the Jewish kirkut, the burial place called okopysko by the locals. The landscape and the setting are the same, but the theater is staging a different show and hosting a different acting company. The scale is about the same, as both in the time of Agnon’s visit to Buchach and in our day, the town has only a dozen thousand inhabitants. The ethnic composition of the population has crucially changed. While a hundred years ago Jewish citizens prevailed, today it is almost entirely a Ukrainian town.

From the essay Buchach. The Bliss of Organs by Sofia Andrukhovych

Buchach is sprawled in a valley between hills. It curls into a ball. You can walk around it and see it from different angles moving along the edge, like a rim of a dish, and identify the landmarks: the ruins of the fortress, a town hall built by the architect Meretyn, the Basilian Monastery, or the Assumption Church. The streets run on different levels and along different vectors. Here you go along the street and see the cars above you, and the pedestrians down there on the Strypa River. The rows of houses crawl onto one another, like the elements of a collage. The rows are made of big and small houses, as if cut off at unexpected points or squeezed in. The yards in between the city’s multi-level houses have orchards with pumpkins.

The missing objects include the central point of Shmuel Yosef Agnon’s novel A Guest for the Night -- the building of the Beth Midrash. The building’s foundation has been preserved, but newly-erected walls host the shopping center.

Text: Natalia A. Feduschak
Video and photos from book presentation: Kyiv Office, UJE
Photo of S.Y. Agnon: The David B. Keidan Collection of Digital Images from the Central Zionist Archives
Photo of The Key in the Pocket book cover: The Agnon Literary Center
Photo of Buchach: Wikipedia