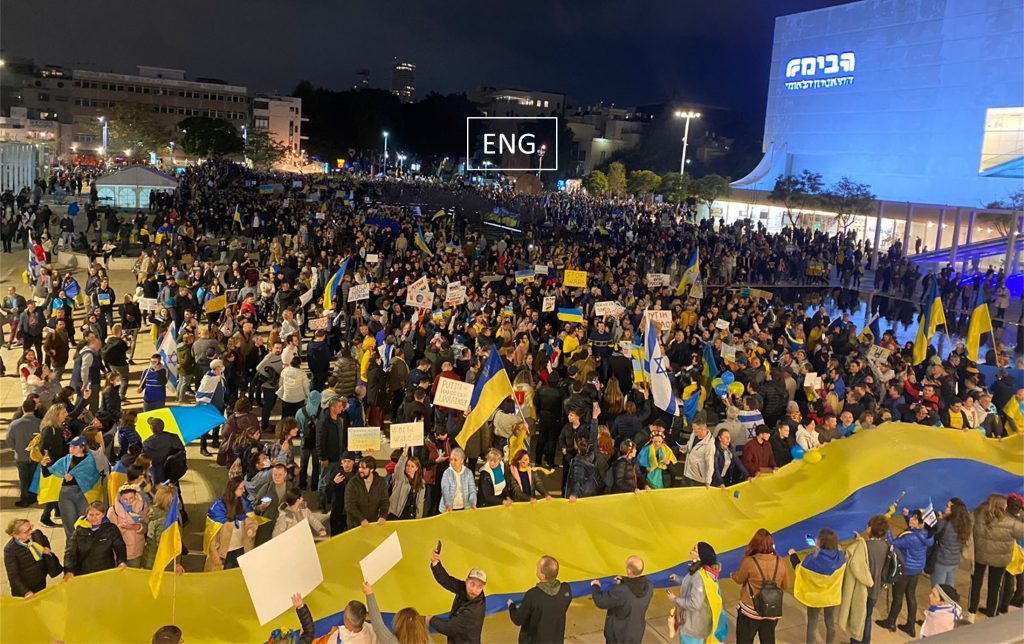 The largest pro-Ukrainian rally in the history of Israel took place on the evening of Saturday, 26 February, in the center of Tel Aviv, on the square in front of the Habima National Theater. There were between 17-20,000 participants!

The event was organized by a long-term partner of Ukrainian Jewish Encounter — the nonprofit organization "Israeli Friends of Ukraine."

After the rally on the square, thousands of people continued to protest near the Russian embassy, which was blocked by the police.

We Israeli Friends of Ukraine, the largest non-governmental organization in Israel that unites dozens of thousands in the Ukrainian community in Israel and Israelis who make significant contributions for promoting friendly and fruitful relations between Israel and Ukraine, make a statement to the Government of Israel.

Russia has become a terrorist state and an international pariah.

Russia will not stop the aggression and will continue to destabilize Europe and the Middle East.

We, Israelis, understand and support the efforts of the Government of Israel to ensure the security of our country and in the Middle East.

But right now, it's crucial — and for Israel in particular — to gather efforts to stop the aggression and to continue living in peace and prosperity.

Russian aggression has united Israeli society. There is now a "Ukrainian Street" in Israel.

Therefore, Israel's neutrality in the current situation equals indulging Russia in its aggression and ignoring the position of a significant part of our society.

We demand that the Government of Israel reaffirm its commitment to democratic principles and do the following: