The novel “The Books of Jacob” opens up the real cultural landscape of Podilia, Galicia, and the Subcarpathian regions of the eighteenth and nineteenth centuries—Ostap Slyvynsky

We are talking about The Books of Jacob, by Olga Tokarczuk, winner of the Nobel Prize in Literature. The plot of The Books of Jacob unfolds across several borders, and quite a few events take place on the territory of Ukrainian Podilia. The book is about the life of the Jews who live in these territories.

In 2020 the Tempora Publishing House released Ostap Slyvynsky’s Ukrainian translation of this book.

Our guest today is the poet, writer, and translator Ostap Slyvynsky.

Iryna Slavinska: Tell us more about the writer Olga Tokarczuk. What does she write about?

Ostap Slyvynsky: Olga Tokarczuk has been present in literature for quite a long time. Her debut novel was published in 1996. Before that, she published poems and short stories.

Tokarczuk belongs to the generation that is called the “generation of changes” or the “first generation of freedom” in Polish literature. These male and female authors came mostly from the milieu of “third circuit” literature.

The “first circuit” was official; it appeared during the communist period and was subject to Communist Party censorship. The “second circuit” was oppositionist, a very politicized literature. The main theme was criticism of the communist regime and the promotion of democracy. There was also a “third circuit.” This was a counterculture, with various alternative movements—the punk movement, the Rastaman movement, the reggae culture, various ecological, pacifist, human rights and animal rights movements. Toward the end of the 1980s, some interesting writers and poets, like Jacek Podsiadło or Marcin Świetlicki, and the prose writers Andrzej Stasiuk, Olga Tokarczuk, and Manueal Gretkowska appeared in Poland.

Imagine the year 1989: a change of regime, a change of the system in Poland. And suddenly projectors are aimed at them on a stage, although they had always been behind the scenes.

It cannot be said that they were prepared for ending up in the middle on the stage and becoming society’s spokespersons. At the same time, they seemed to comprise some kind of generation, but in terms of aesthetics and world outlook, they are quite different. One was pulled more in the direction of classicism; another remained in the customary countercultural milieu, like Jacek Podsiadło.

Olga Tokarczuk found herself perfectly in the transition zone between counterculture, on the one hand, and the mainstream, on the other. She was able to pump into the literary mainstream those topics that had been of little interest to Polish culture: feminism, animal rights, ecology, and—strange as it may seem—mysticism and magical practices.

Almost all of Olga Tokarczuk’s heroes and heroines exist on some edge of national cultures, on the edge of religion or on the ontological edge—between this world and the afterworld. They are a channel through which important senses flow. 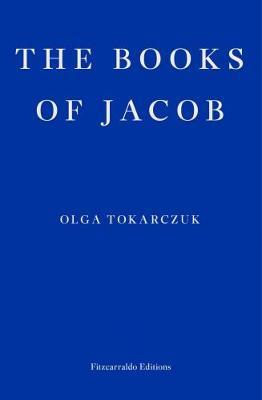 Iryna Slavinska: The novel The Books of Jacob works with the Jewish theme: religious, cultural. To what extent is a novel about the life of Jews from Podilia in the eighteenth century an unusual, atypical, and bold literary statement for contemporary Poland?

Ostap Slyvynsky: It is bold in that it opens up segments of Polish, Ukrainian, and Jewish histories, which were little known. This topic was very new when Olga Tokarczuk took it up in 2014.

She found the hero of her novel a long time ago. She became interested in the figure of Ya‘akov Frank, who was half-forgotten in Poland. He is a very inconvenient figure for both Poles and Jews. In Polish society, there is unspoken segregation between Poles and Jews.

A large number of Jews appeared in Poland thanks to the policy of the Polish kings, which greatly contributed to the fact that they settled on the territory of the Rzeczpospolita, integrated into society, and engaged in economic activity, opening taverns and shops. This brought economic and social benefits. However, from the standpoint of classic Polish nationalism, Jews were always a kind of “other element,” something that ought to be accepted as a necessity but which must not be mixed with Polishness; this was very harmful to Polishness.

In the mid-eighteenth century, Frank embodied the ideas of the Jewish conversion to Catholicism with the perspective of the Jews fitting into Polish society. For Poles, this was a bit of a shock, and they could not accept this. In The Books of Jacob, this is very evident. For the upper ranks of the Polish Catholic Church, this was something to be gained because then they could boast to the highest authorities in Rome that they had succeeded in bringing such a large number of Jews into the bosom of the Christian faith. At the same time, there were powerful trends of resistance throughout the nineteenth and twentieth centuries. The Frankists and their descendants were—and still are—considered a “fifth column” that passes itself off as Poles but, in reality, pursues their own goals. And their descendants were and remain a target of conspiracy hysteria in Poland.

Iryna Slavinska: When we talk about Poland, are we also talking about the territory of contemporary Ukraine?

Ostap Slyvynsky: Yes, of course. As this book shows in a very fascinating way, the farther east you went, the more multilingual and multicultural the picture of the Rzeczpospolita became. For many Poles, it is also a discovery that in the eighteenth century the Rzeczpospolita was so multihued that there were regions where the Polish language was not dominant: Galicia, Volyn, and Podilia. You could hear Ukrainian, Yiddish, Armenian, and Turkish more often there. Polish functioned within a rather thin stratum: among landowners, noblemen, and clergymen.

Through The Books of Jacob, we can discover what the cultural landscape of Podilia, Galicia, and the Subcarpathian regions truly looked like in the eighteenth and nineteenth centuries.

Ostap Slyvynsky: Ya‘akov Frank was a Jew who was born at the beginning of the eighteenth century in a small village near Kamianets-Podilsky, in the Podilia region. Frank’s father was a Sabbatian (a Jewish movement, especially widespread in Eastern Europe, whose followers believed that Rabbi Shabetai Tsevi was the messiah, who had arrived—Ed.).

Frank went farther, proclaiming himself the messiah and the successor of Shabetai Tsevi and two other messiahs. He identified himself closely with Poland, believing that he must lead the Jews of this country to a quiet life without worries. (It should be noted that Frank was regarded in the Jewish community as a notorious heretic and slanderer of the Jews and the Talmud, and that he was excommunicated by the rabbinical authorities before he and his followers converted to Catholicism—Ed.).

Frank identified himself with the Rzeczpospolita, even though he lived there for a relatively short time. He lived in Turkey and Romania. In Poland, he was persecuted and imprisoned.

He lived with his commune for the last two months in Brno, in Moravia, and Offenbach, in Germany. His constant peregrinations are also important because he is supposedly searching for a place in the sun. It is important to find himself an area where no one would prevent him from achieving his spiritual mission, which was to bring his people to salvation.

Iryna Slavinska: How familiar is this story to the average Polish reader?

Ostap Slyvynsky: Before the publication of The Books of Jacob, Polish society, in general, knew very little about Ya‘akov Frank. The first fundamental monograph, scholarly research on Frank, came out concurrently with Olga Tokarczuk’s novel.

He was a little-known figure, and there this topic was taboo. People knew that there had been a Ya‘akov Frank and Frankists, who had converted from Judaism to Catholicism and stopped being Jews. But they never ended up becoming Poles, and they pursued some sort of pragmatic goals. This is the discourse that took place in Polish society.

Iryna Slavinska: Can this story be perceived as a dialogue between cultures, an encounter of cultures?

Ostap Slyvynsky: Absolutely. That is the most important message of this novel in modern society. Everything that is most fascinating is born at the intersection of cultures and religions; on the edge.

This program is created with the support of Ukrainian Jewish Encounter (UJE), a Canadian charitable non-profit organization