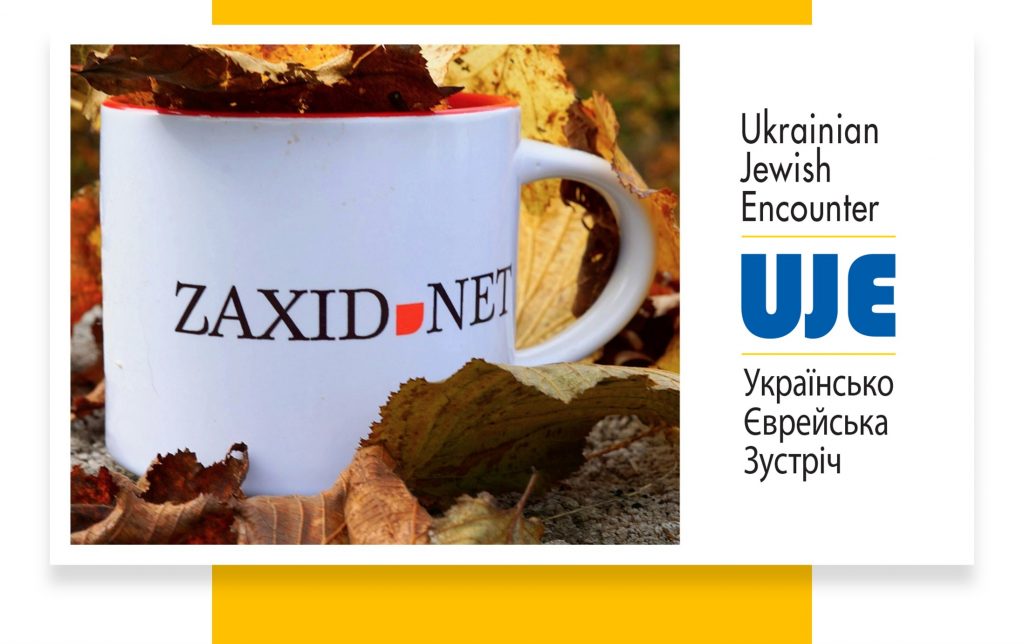 UJE’s partner is the Lviv-based online publication ZAXID.NET, which has gained popularity throughout Ukraine, including Kyiv. This publication is distinguished for its long-term specialization in covering issues concerning Ukraine’s multinational heritage and Ukrainian–Jewish relations.

The editor of the ZAXID.NET project is Dr. Vasyl Rasevych, a notable Ukrainian historian who specializes in questions of historical memory. He is recognized for his work in Ukraine as well as in Israel, where since 2016 he has been a regular lecturer at seminars devoted to discussions of the most acute and sensitive problems of Ukrainian–Jewish relations. These seminars are held by the civic organization Israeli Friends of Ukraine with the support of UJE and the Ukrainian Embassy in Israel.

Speaking about the launch of the new project, Dr. Rasevych noted: “Collaboration between UJE and ZAXID.NET envisages a carefully thought-out and meaningful editorial policy aimed at covering Ukrainian–Jewish relations, a topic that remains current in our societies. This joint project has set itself an ambitious goal: the deconstruction of historical stereotypes and clichés, as well as the dismantling of established myths generated by decades of the politicization and ideologization of history.”

There are plans for a number of publications on the history of the cohabitation of Ukrainians and Jews, including articles about the saviors of Jews during the Holocaust and their fates. These publications will create a platform for frank discussions and the dissemination of historical knowledge developed by scholars for the general public.

“The most important aspect in the elucidation of such a complex and painful topic is the intellectual and moral responsibility of the authors of published texts, which, in the case of ZAXID.NET has been confirmed and tested over time,” Dr. Rasevych emphasized.

Translated from the Ukrainian by Marta D. Olynyk
Edited by Peter Bejger.