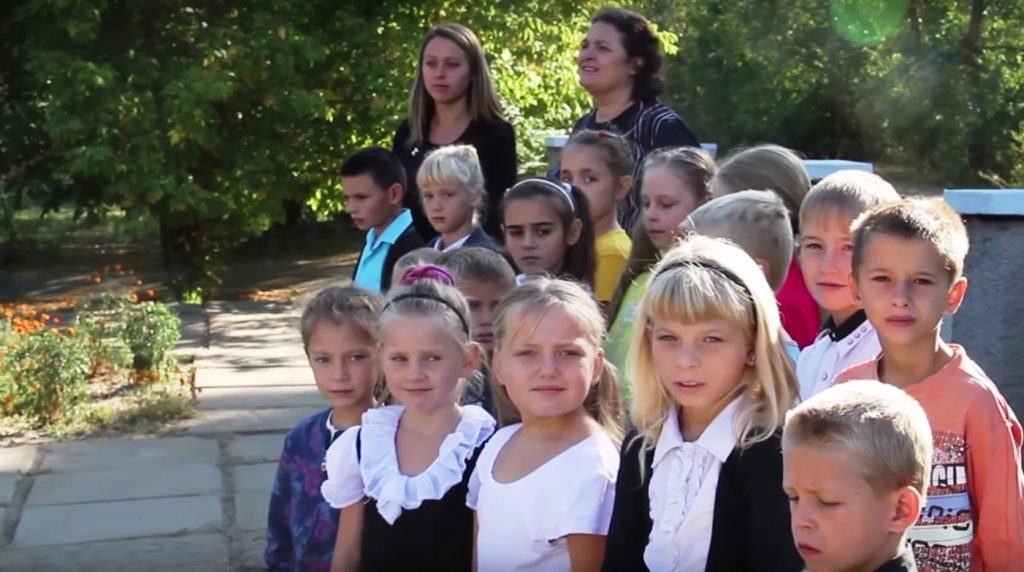 A new documentary film by the Kharkiv-based director Borys Shusterman, screened recently in Israel, spotlights the residents of the Ukrainian village of Bobrovyi Kut, in the Kherson region, and their profound and painful awareness of the destruction of their Jewish neighbors during the Holocaust.

The screening of Borys Shusterman’s film was a very moving experience for the participants of a three-day seminar entitled “Jews and Ukrainians: Controversial Questions of Historical Memory.” The seminar took place in September 2017 in Tel Aviv with the support of the civic organization Israeli Friends of Ukraine and the Canada-based non-profit organization Ukrainian Jewish Encounter.

The film recounts the life and death of the Jewish agricultural settlement Bobrovyi Kut, which lies ninety kilometers from Kherson. Founded in 1807 in the steppes of southern Ukraine, it is the birthplace of the distinguished Jewish poet Shimen Frug (1860–1916).

During the Soviet period Bobrovyi Kut was part of the autonomous Jewish district of Kalinindorf. In 1926 the village was home to 1,365 Jews (approximately ninety percent of the population), and it had a functioning Jewish village soviet. The settlement eventually became a collective farm, and it suffered considerably during the Ukrainian famine of 1932–33, known as the Holodomor.

The Jews of this village were often accused of nationalism and Zionism. During the Stalinist terror of the 1930s, a number of villagers were executed, including Moisei Weisspapier, the father of the future hero of the Second World War, Arkady Weisspapier, who was one of the organizers of the legendary escape from the Sobibor death camp. When Arkady returned from the war, he discovered that his five-year-old sister, Basia, and his mother, Raïsa, were killed along with the other Jewish residents of this village.

German troops occupied the village on 27 August 1941. Three weeks later, on 16 September, Nazi gendarmes and local policemen assembled all the Jewish residents and brought them to the courtyard of the butter factory. Later they herded them toward the Ukrainian village of Yevhenivka, halting in the steppes at an old and deep well, into which the Germans ordered them to jump.

The policemen threw people alive into the well, which was surrounded by German gendarmes armed with submachine guns. One powerfully built old man clasped his arms around a policeman and jumped into the well with him. Even if someone managed to escape this deadly encirclement, he was cut down by gunfire. More than nine hundred Jews from Bobrovyi Kut were thrown alive into the well—the elderly, women, and children.

Some residents of the neighboring Ukrainian village who witnessed this horrible massacre were significantly shaken from this act of Nazi barbarity.

After the war the authorities began to resettle Ukrainians from western Ukraine in the devastated village. A small number of Jewish soldiers returning from the front learned that none of their relatives were left. Some of these former soldiers began living in the empty buildings and marrying Ukrainian women who had come from Galicia.

In 2016 teachers from the local school, together with their students, carried out a survey of the village’s elderly residents and recorded their reminiscences about the tragic demise of their Jewish neighbors.

In the film a middle-aged Ukrainian woman says that she still remembers the Yiddish language, in which she communicated with her Jewish female classmates. Classes in school were taught in both Ukrainian and Yiddish, with the teacher explaining the study materials in both languages.

Below are witness statements given by the Ukrainian teachers and administrators of the high school located in the village of Bobrovyi Kut, which were featured in Shusterman’s documentary film:

“Ukraine is a land of song and beauty. During the Holocaust, Ukraine was a land of death, the death of innocents. We have gathered today to remember our fellow villagers, who perished at the hands of the German fascist occupiers on 16 September 1941. Seventy-five years have passed since that tragic day, and to this day our hearts ache. Our hearts are wrenched with unspeakable pain. And in our minds…How? For what?”

“Every state has a day of tragedy. For example, in the United States it is September 11. And for our village such a day of sadness and sorrow is September 16. Children! If you find yourselves next to that awful well, place a candy or a toy on that memorial. Or simply stand there for a minute of silence, remembering our fellow villagers.”

The greatest impression on Shusterman was made by the students and teachers of this school, who regard the tragedy that befell the Jews of Bobrovyi Kut as their own. “The children, together with their teachers, organized this ceremony of remembrance for themselves, not for our film,” Shusterman commented.

The screening of the documentary film during the seminar in Tel Aviv was followed by a discussion, during which many participants expressed the hope that the Ukrainian children of this village will become a new generation of people who feel the pain of the Holocaust as an inalienable part of their own history and the history of Ukraine.

We invite you to view Borys Shusterman’s documentary film here: