Unique document from Ukraine put up for auction in Jerusalem 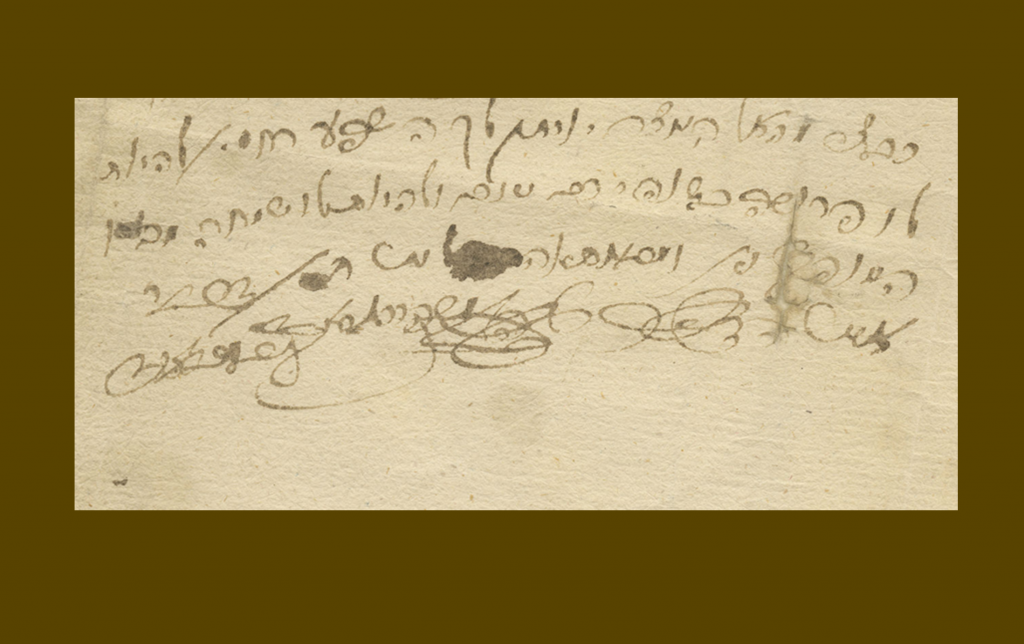 The Kedem Public Auction House held an unusual auction in the capital of Israel in July 2019. Whereas hundreds of lots and large collections are usually put up for auction, this time the entire auction consisted of a single, small, yellowed page with ten lines written in ink in Western Ukraine in 1795.

It is a letter that was written on the eve of Passover by a rabbi from Sasiv to his friend, Rabbi Yakov, in the neighboring town of Zaliztsi. The main blessing in the letter sounds like this: “And may God grant you prosperity, mercy for an easy life, and a lot of good, as well as joy from your distinguished sons and dаughters.”

Today Sasiv is a village in Zolochiv raion, Lviv oblast, and Zaliztsi is an urban-type village in Zboriv raion, Ternopil oblast.

Why were these ten lines put up for sale with a starting bid of 100,000 dollars, an amount higher than the autographs of Napoleon Bonaparte and Albert Einstein? Who was the author of this letter?

Rabbi Moshe-Leib Erblich from Sasiv (1745–1807) was a famous Hasidic tsadik, who went down in Jewish history as the rabbi of Sasiv. He was born in Brody, studied in Brno (then known as Nikolsburg) and became the head of the rabbinical court in the town of Sasiv. No pictorial depictions of this person exist, only accounts of his wisdom and righteousness.

Like his contemporary, Rabbi Levi Yitshak from Berdychiv, Rabbi Erblich of Sasiv believed that his main mission was to offer help and protection to the sick and poor and stand up for weak and sinful people before God.

One time, as Moshe-Leib was sitting with some sick children whom he had gathered from all over the town, he said: “He who cannot suck out the pus from a child’s abscess has not gone even halfway on the road to love of one’s neighbor.”

Another time, the whole community was waiting for the rabbi to say prayers on the holiest feast day of the year: Yom Kippur, the Day of Judgment. But the rabbi was very late, and they began to pray without him. Midway through the prayer, he arrived. When the prayer was finished, the pupils asked: What holy secret, what profound secret of the Torah forced him to be late?

It turned out that on the way to the synagogue the tsadik heard a child sobbing in a house. The rabbi rushed over there and saw a little boy who was all alone because his mother had gone to the synagogue. Moshe-Leib began to calm and rock him until he fell asleep. Only then did he come to pray.

After the morning prayer, he would visit the homes of widows and say “Good morning!” to them, in order to give moral support to these women. The tsadik of Sasiv used to say: “How simple it is for a poor person to rely on the Creator, for on what else can he rely? But how difficult it is for a rich person to rely on the Almighty. After all, his entire wealth shouts to him: ‘Rely on me!’”

The rabbi of Sasiv recounted that he had learned one of his main pieces of wisdom thanks to an ordinary Ukrainian in a tavern. “I learned how to love people from a fellow who was sitting in a tavern together with another peasant. They were drinking in silence, but later one asked his fellow drinker: ‘Tell me, do you love me?’ ‘I love you,’ replied the peasant. ‘No, you don’t love me!’ the first replied. ‘If you truly loved me, you would feel what I lack!’”

Rabbi Erblich often raised money for poor prospective brides and bridegrooms and organized weddings for them. One time at the wedding of an orphan-bride, the klezmer musicians played a melody that made Moshe-Leib very happy. He asked that this same melody be played at his funeral.

Many years later hundreds of Hasidim came from all over Europe to attend the tsadik’s funeral. Suddenly they saw a wagon filled with frightened musicians racing toward the cemetery. They said that they had been traveling to a wedding in another direction, but the horses suddenly bolted and raced over here. Then they remembered the Sasiv rabbi’s wish and decided, in violation of Jewish tradition, to allow music at the funeral. An old Hasid sang the same melody to the klezmer musicians which had been performed at the wedding of the orphan-bride many years earlier.

This story later appeared in a book written by the Nobel Prize winner Shmuel Agnon, who was born in Buchach. The wonderful melody of the rabbi of Sasiv has been preserved to this day:

During the Second World War, more than a thousand Jews from Sasiv were murdered there, as well as in the Bełżec death camp and the ghetto based in the neighboring town of Zolochiv. Only 25 Sasiv Jews survived the Holocaust by hiding in the woods. The synagogue and Jewish cemetery were destroyed.

After the Holocaust, Sasiv became a village (800 residents today). The Ukrainian Wikipedia entry on Sasiv makes no mention of the most distinguished Jewish resident of this town.

It was only a few years ago that the grave of the great righteous man from Sasiv was located and restored. Today it is visited occasionally by Hasidic pilgrims.

There is a kind of mysticism in the fact that the only National Center for Space Research and Communications is located today on the outskirts of the village of Sasiv, a few hundred meters from the grave of the rabbi of Sasiv, who had constant “contact” with the Heavens.

At the beginning of the twentieth century, the successors of the Sasiv rabbi’s dynasty established homes in Jerusalem, London, Antwerp, and New York (Monsey), where thousands of Sasiv Hasidim live today.

The document was put up for auction in Jerusalem by Rabbi Shimon Shmelke Erblich from Antwerp, a seventh-generation direct descendant of the great rabbi of Sasiv. During the auction, bidding for the document rose from 100,000 to 170,000 dollars, a clear sign that there were buyers ready to pay 17,000 dollars for each line of this manuscript from Sasiv. But when the price stopped rising, the owner of the document halted the bidding and removed the manuscript from sale. 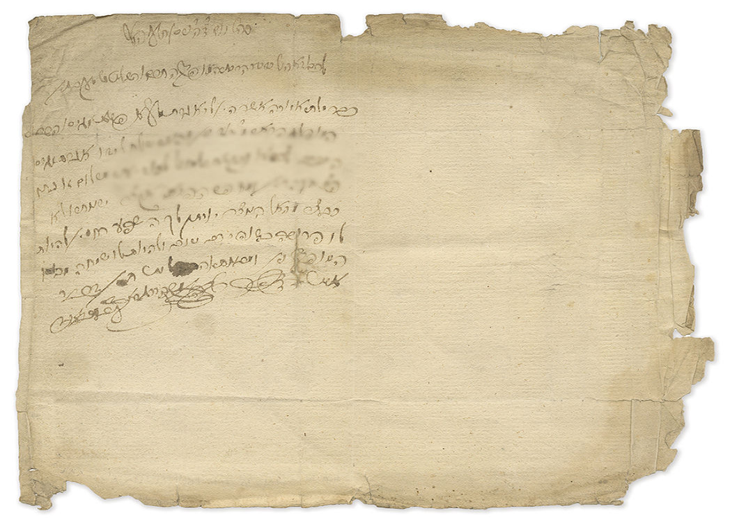