Vasyl Makhno: Why it’s worth returning to Buchach

If Buchach is a city of returning, then I got back in time.

Are they not for me, these unpainted and unplastered facades of buildings lining the narrow streets above the Strypa River? 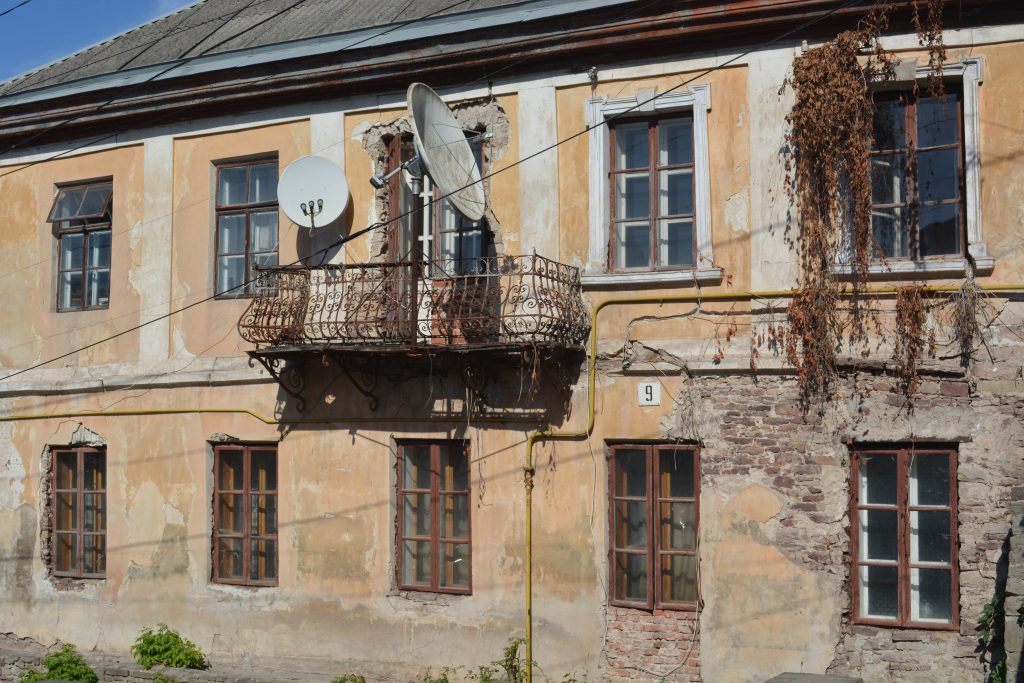 Considering that the front entrances have already been replaced by plastic doors, the time will come for the facades as well. The rust of unadorned Buchach will vanish. The golden dust of history, which can still be spotted everywhere, will disappear. The entrances of the two- or four-storey buildings remain open to outsiders. You enter freely and encounter the special aroma of walls permeated with the smell of sour cabbage, as though it had been brought out of the apartments in tubs and specifically placed in the corridor. But there is no cabbage. The season for putting it up for the winter is just beginning—it will be shredded and fermented later. So where does this sour, nauseous smell come from? 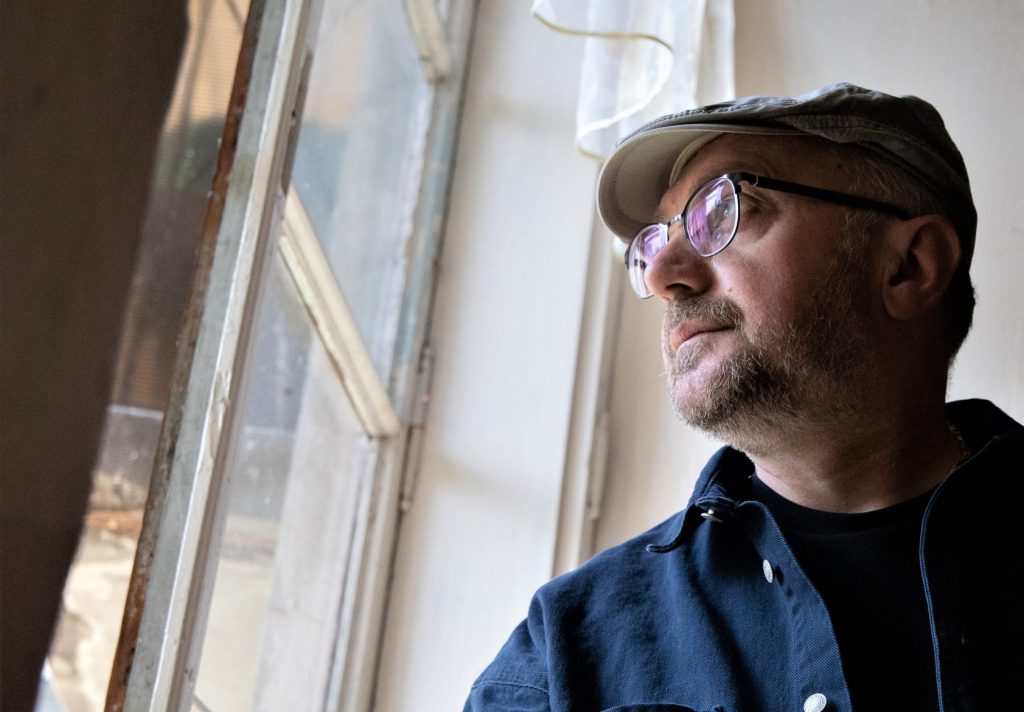 Heavy streams of September light fall through the dirty windowpanes in the entrance, with its spiral staircase. The stairs are covered with entire sheaves of yellow light, and you stand in a yellow dust, as though you have waded into the middle of the waters of the river Strypa. Clothing is drying on ropes stretched out on the balconies. Clothing on ropes in any city is a special sign of life. I have seen laundry fluttering in the Arab neighborhoods of Jaffa, the female owner of a house in Istanbul hanging just-washed curtains, ponchos drying in Nicaraguan Grenada, and Mumbai women with plastic basins on their heads filled with laundry. The smell of washed laundry is like ozone after the rain; it hits your nose. You don’t feel like leaving the entrance. You have not entered a strange building, but a different time. So you look around. Well, wait a minute. Take a whiff. Remember. You scoop up with your palm the dense stream of light together with the flies that have dried onto the windowsills. You put it into your pocket, you stick it inside your shirt, just like you used to trample rotted pears in your childhood. 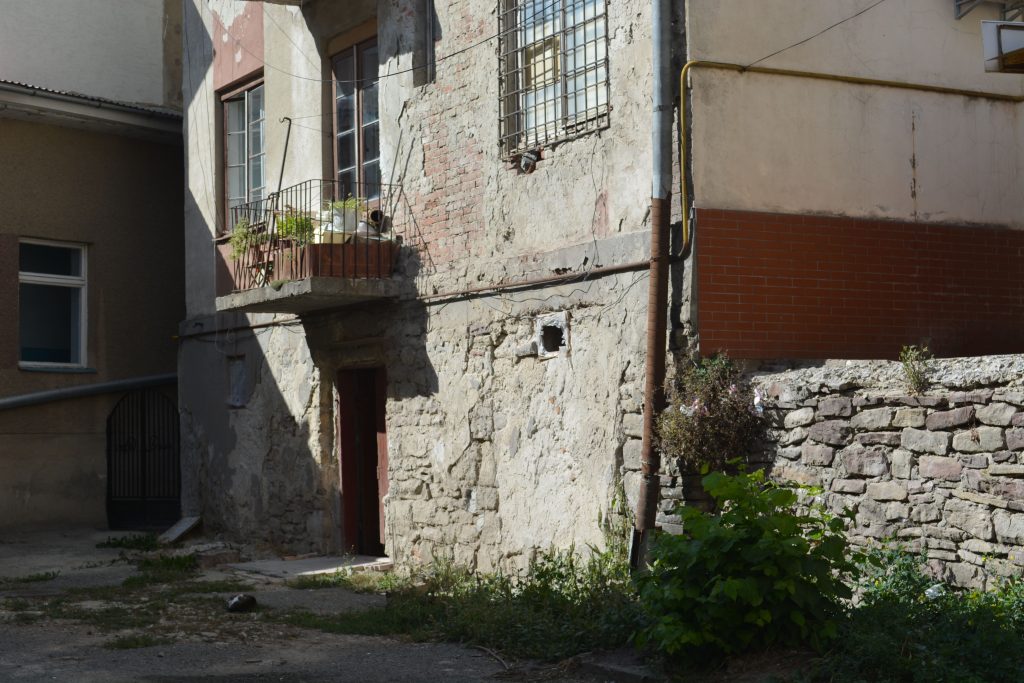 Children were returning from school. They were walking from the left bank of the Strypa, coming out of the majestic building of the former gymnasium—still a gymnasium today. The pupils can reach downtown by two routes, both over bridges. There is the pedestrian one, and a car bridge with narrow sidewalks that make it difficult even for two people to pass. If the children cross the pedestrian bridge, they pass a park with a playground and a faded mural of Shevchenko. The park is empty. People are drinking coffee in the nearest cafe. Next to the fountain, local alcoholics, chewed up by life, argue energetically about something in the company of dogs. A September air of sea buckthorn oil fills the depression above the Strypa and the nearby narrow streets. 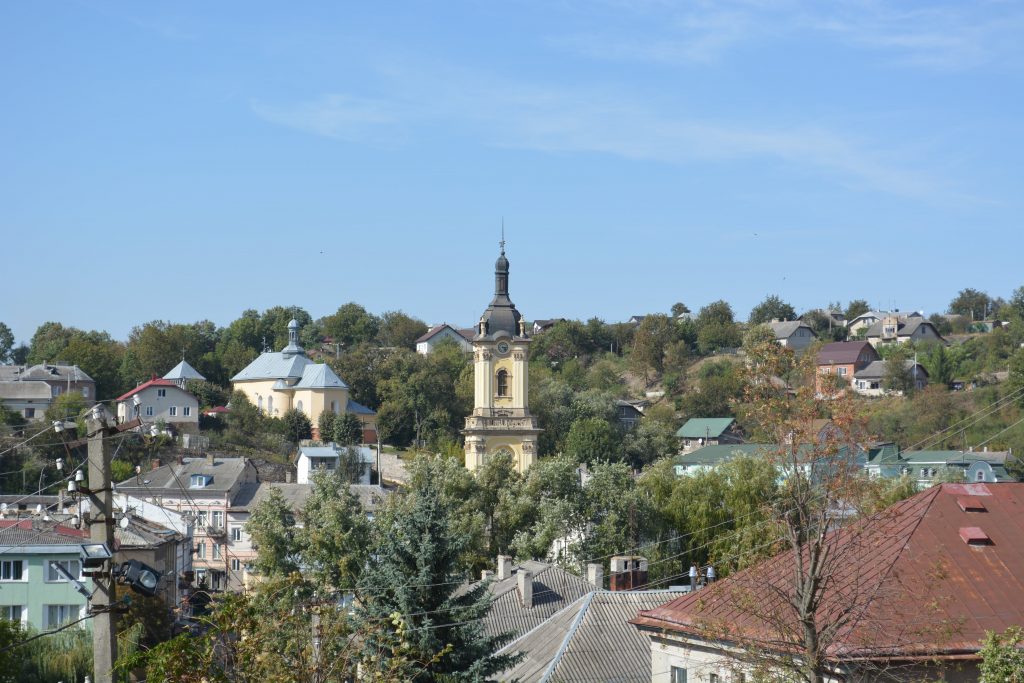 It is so oily, like greasy dust that has not been sprinkled with rain for a long time. And those school children making their way toward the car bridge will head without fail toward the stalls near the Agnon monument after crossing the bridge. In this quiet spot above the river, where local cats carry water rats from the sloping bank, teenagers settle down on benches. The guys and girls jabber away about stupidities that flow lightning-quick in these airheads. They’re continually looking at their phones and sending text messages. I had nowhere to go, so I sat next to the Agnon monument and stared at the currents of the Strypa. I was becoming an involuntary witness to those adolescent secrets they were exchanging without paying any attention to me, let alone to the bronze bust. Several of their friends soon rode up on bikes to their small groups, and everyone dashed away, like startled birds. 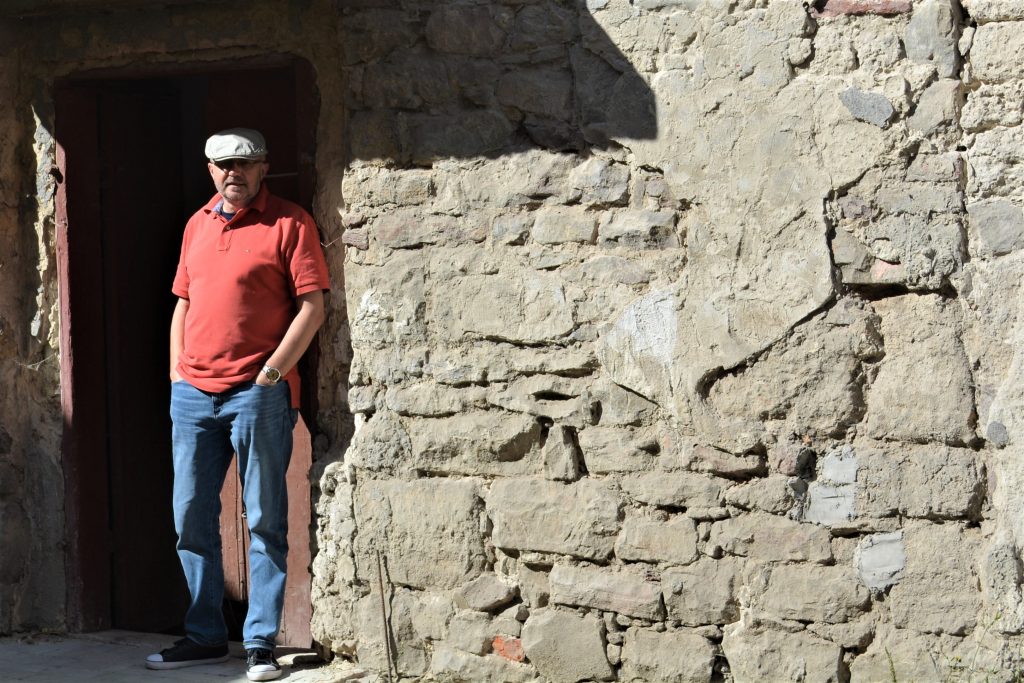 Downtown Buchach is plastered with all sorts of ads. The former glory of the city of merchants has returned to Buchach, a city also of sages and scribes. The remnants of bookish wisdom have been apparently collected in the district library, at the Agnon Literary Center, and in the mythology surrounding Pinsel. The restored baroque City Hall preens like a peacock, surrounded by asphalt craters in whose dust local dogs slumber so well. The shops boom with commerce. Residents from the countryside who need cash line up near the PrivatBank ATM. 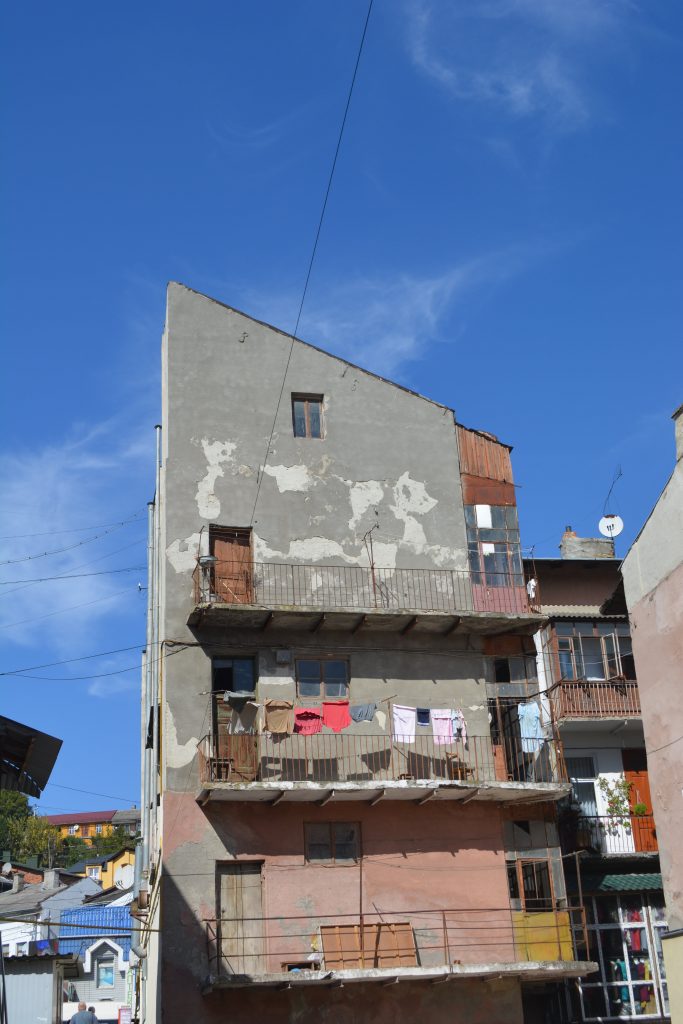 In the center, the owners of apartments in the Austrian-era buildings are selling their belongings. Somewhere above the city a crippled fortress that no one cares about has swallowed a significant share of the city’s history into its stony silence. It remains silent and does not want to share this with anyone. Down in the valley, cars and minibuses scurry, teenagers roar with laughter, and there is the scent of autumn tomatoes and plums. Does someone need this? Provincial ennui, which has its own expediency and attractiveness, pours onto the narrow streets of Buchach with the first shadows of twilight. Past Fedir-hora, the September sun, having completed its daily circuit, rolls down to its bed, and night begins. Local roosters will await the morning, in order to announce to Buchach the birth of a new day.

Throughout these days in Buchach, I visually inspected every crooked, narrow street—the exact lines of space and future words. Perhaps it really is worthwhile returning, for their sake, for these words, so as not to forget anything.