Last week, which marked the 73rd anniversary of the founding of the State of Israel, my wife, Olena, and I, dressed in Ukrainian embroidered shirts with Jewish ornamentation, took part in celebrations held in Haifa, on the shores of the Mediterranean.

It was interesting to see that people all around approved of our costumes, commenting that these shirts were similar to the clothing dating to the era of the founding of Israel. The positive reactions of the people who saw us went like this: “O-ho, you look like my grandmother and grandfather; they wore these kinds of embroidered shirts for holidays,” and “Are these the costumes of a kibbutz singing and dancing group?”

A few years ago, when my wife and I were traveling from Haifa to Tel Aviv dressed in these embroidered shirts, many passengers looked at us warmly and talked about the first generations of pioneers who were active in developing the Land of Israel.

Those who know that the embroidered shirt is connected specifically with Ukraine are mostly people who came to Israel in the last 15 to 30 years. Among Israelis of the older generation, embroidered shirts evoke nostalgia that is not linked directly to Ukraine; these are simply positive feelings about the “good old era of lost naivete and idealism.”

During the first half of the twentieth century, everything that was conventionally “Russian” was much more popular among Israelis than what was conventionally “Ukrainian.” Zionists, especially socialist Zionists, who created the kibbutz system, wanted to bring about a revolution among the Jewish people and thus perceived Russia as the fatherland of everything that was revolutionary and “progressive.” Russian shirts, Tolstoy shirts, Russian shirts, and kerchiefs were symbols of the first wave of repatriation and the period associated with the creation of kibbutzim.

Over time a kind of mixed style became established, and embroidered shirts and embroidered skirts resembling Ukrainian embroidered clothing have become part of the kibbutz dance culture. This clothing was modeled on that seen in Eastern Europe and the Balkans. That is how the eclectic “ethno style” came into existence, becoming the visiting card of Israeli kibbutz dance groups of the 1940s–1970s.

Below are some photographs of kibbutz dancers wearing this kind of embroidered clothing. 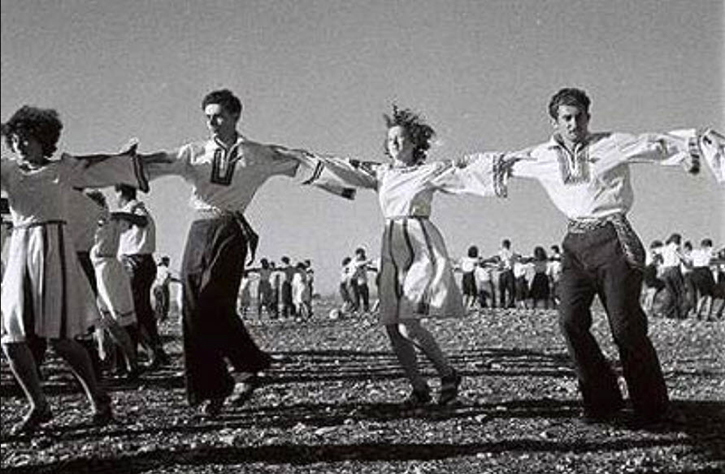 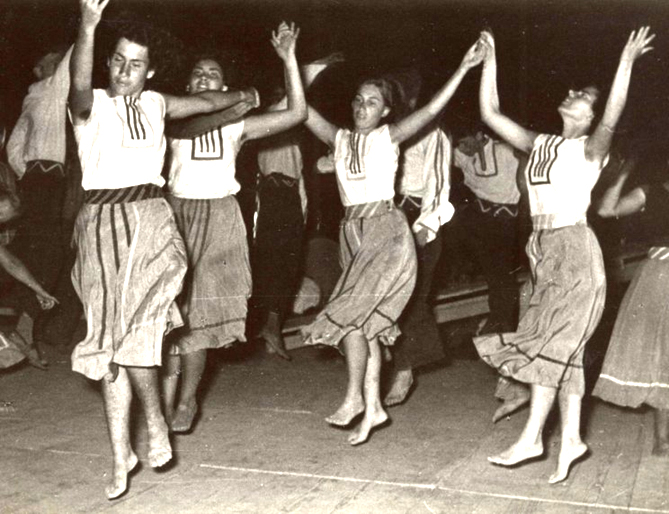 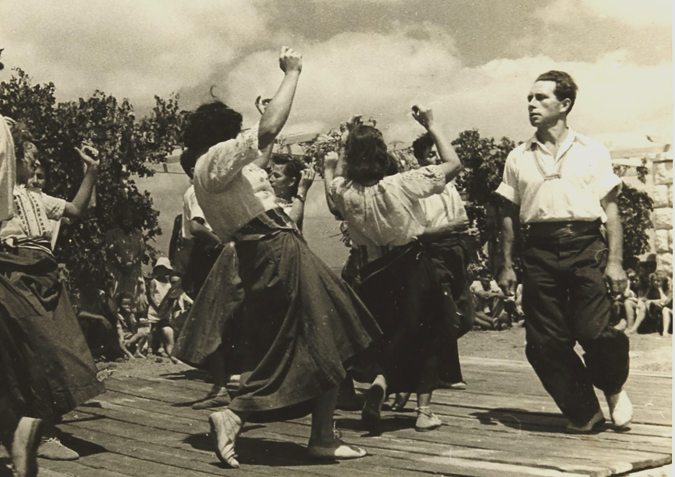 Over the next few decades, embroidered clothing went out of fashion, but it regained popularity in the mid-2010s. I would guess that the revival of embroidered clothing in Israel may be attributed to the thousands of repatriates from Ukraine, for whom this style became a symbol of their affinity with Ukraine after the events of the Maidan in 2014.

I remember how on Facebook, in the summer of 2014, a group of Israeli friends of Ukraine began discussing the acute military situation in the Donbas. Someone proposed buying a batch of embroidered shirts in Ukraine for actions demonstrating Israelis’ solidarity against this war. In the course of these discussions, I first proposed not purchasing ready-made clothing in Kyiv but creating a new and original style: Jewish Ukrainian embroidered shirts.

I proposed integrating Jewish and Israeli symbols, the Star of David and the menorah, into the ornamentation of Ukrainian embroidered shirts so that they would emphasize our—Israeli—solidarity with Ukraine. Designers implemented this idea, and in 2014 a sewing atelier appeared in Lviv, where Jewish Ukrainian embroidered shirts began to be custom-made.

When Sviatoslav Vakarchuk performed in Tel Aviv in April 2015, he wore this kind of Ukrainian Jewish shirt that has become popular among Ukraine’s friends in Israel. 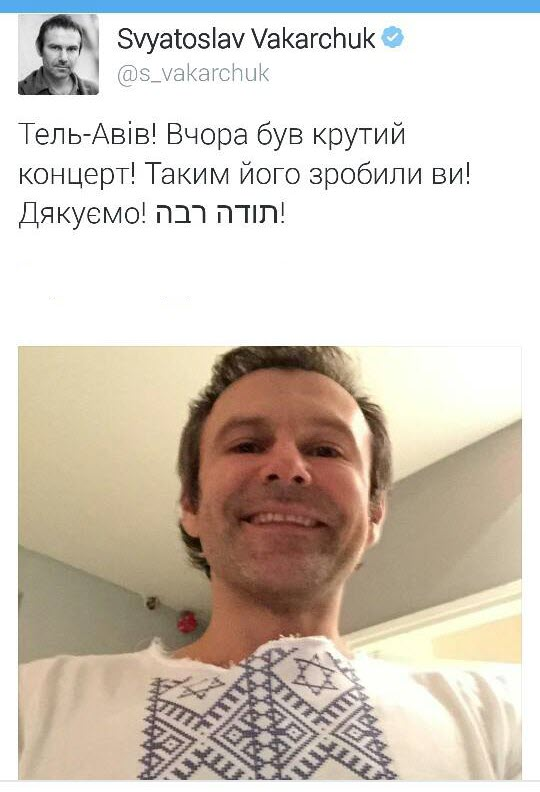