Yiddish and the Ukrainian–Jewish roots of the new U.S. Secretary of State

When Joe Biden is sworn in as the new President of the U.S., an important member of his government will be Antony (Tony) Blinken, who has been chosen as the next secretary of state. Tony Blinken has longstanding ties with Ukraine, and not just because he oversaw the situation in Ukraine after the Maidan in 2014–2016 in the Obama administration.

Meir Blinken, Tony Blinken’s great-grandfather, was born in 1879 in Pereiaslav, the birthplace of the famous Yiddish writer Sholem Aleichem. During his childhood, Meir had a Jewish education at the Talmud-Torah, a religious elementary school. 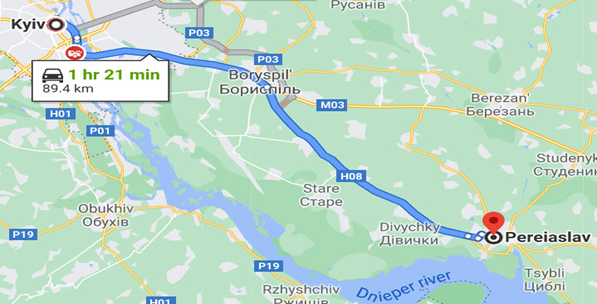 In the late 1890s, Meir studied at the Kyivan Commercial College, which was built as part of a joint educational project undertaken by Ukrainian and Jewish businessmen. The college’s main sponsor was the Kyivan millionaire and philanthropist Lev Brodsky. In Kyiv, Meir Blinken mastered the professions of cabinetmaker, carpenter, and even massage therapist.

His son, Moritz (1900–1986), who was the grandfather of Tony Blinken, the future American lawyer and businessman, was also born in Kyiv.

If Ukraine would like to present a souvenir to the next U.S. secretary of state, it could be the recently discovered archival documents about his ancestors: civil registration records from the book of the Rabbinate of Pereiaslav and Kyiv for Meir and Moritz, as well as the Blinken family page from the document collection of the census of the population of Kyiv in 1897.

When Meir was 25 years old, he and his young family moved to the U.S., a tiny drop in the flood of 105,000 Jews who arrived in America in 1904. There he opened a private massage office on East Broadway.

This district was filled with the bustling life and Yiddish culture of Jewish emigrants from Eastern Europe. In the early 1900s, the Lower East Side had the highest concentration of Jews on the planet: 300,000 Jews occupying one square mile.

Dr. Mordechai Yushkovsky, academic director of the International Yiddish Center at the World Jewish Congress, told the Ukrainian Jewish Encounter that Meir Blinken mostly wrote short satirical sketches for the satirical journal Der Kibetzer (Collection), for example, a feuilleton about a writer who swamps all Yiddish-language newspapers in America with his texts, whenever a new publication appears.

Blinken portrayed the real world of Jewish immigrants: the poverty and lack of food, unhygienic conditions, religious superstitions, the lack of education, a lack of understanding of the new country, and the desire to find one’s place in it. Incidentally, the editorial offices of Der Kibitzer were located 400 meters from today’s Tenement Museum on Orchard Street, where in the building dating to that period, you can see the reconstructed world of Jewish immigrants with all the accompanying difficulties of life in this New York City “ghetto”. 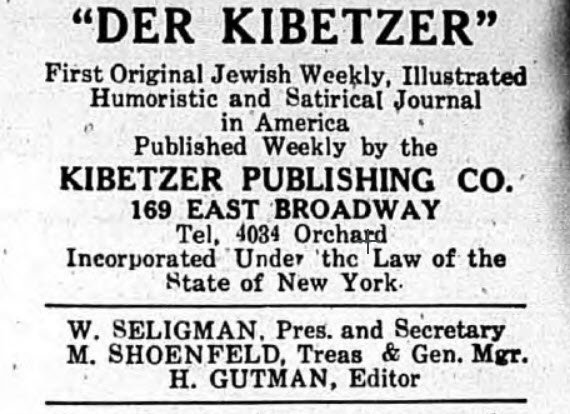 His essays and short stories were also published in socialist and left-Zionist periodicals, including Der Yidisher Arbeter Velt (Jewish Labor World) in Chicago.

In 1908, Meir Blinken published his book Weiber (Women), a poem in prose, in London. In this work as well as in his short stories, the young writer, one of the first Yiddish writers to raise the subject of women’s sexuality, writes about marital infidelity, abortion, and sexual desire. In 1965, the literary critic Dovid Shub noted that Meir Blinken was the first Yiddish writer in America to write about sex.

Meir always signed his name in Yiddish as Blinkin, but his descendants changed one letter, and the name became Blinken. Even on the headstone of the prematurely deceased 36-year-old writer (d. 1915),  his children wrote his name as Blinken. 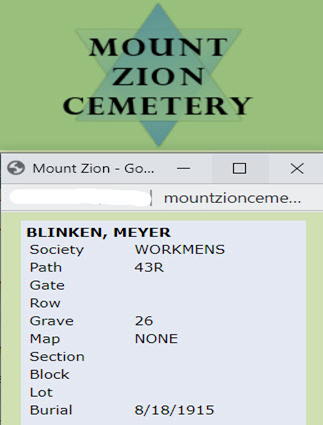 In the opinion of Professor Wolf Moskovich of the Hebrew University of Jerusalem, a leading Israeli Slavist and member of the Board of Directors of the Ukrainian Jewish Encounter (UJE), Blinken’s Jewish surname means that the founder of the family arrived in Kyiv gubernia from the village of Blinki, which was then in Nevel County, Vitebsk gubernia (today’s Belarus). In Ukraine, there is no settlement with such a name; moreover, the word bliny (pancakes) does not exist in Ukrainian (mlyntsi).

It is interesting to note that Nevel is legendary among Hasidim, who belong to the Chabad movement. In the nineteenth century, the town of Nevel and the surrounding district were a stronghold of Hasidic learning.

In 1927, the communist government seized Nevel raion from Belarus and ceded it to Russia. Thus, today the village of Blinki is located on the territory of the Russian Federation, even though it is only two kilometers from the border with Belarus. 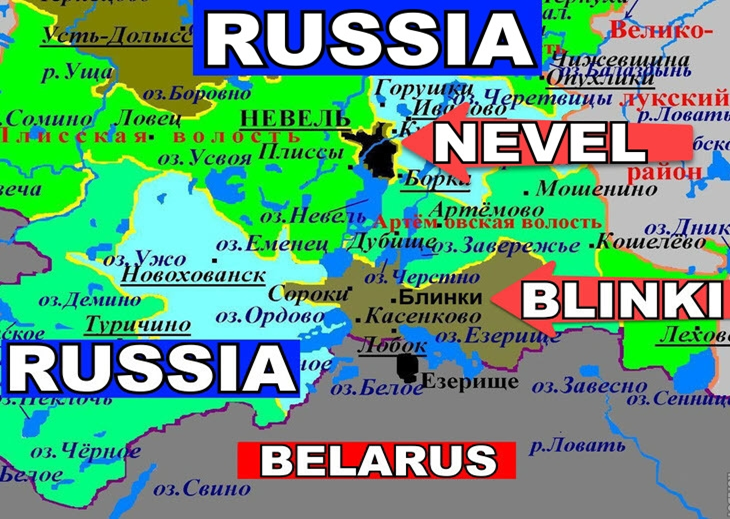 Between the censuses of 2001 and 2010, the population of the village of Blinki decreased from twelve to ten inhabitants. The irony is that if the incoming U.S. state secretary decides in 2021 to visit the village from whose name his surname is derived, he will probably find his “native” village completely deserted.

Tony Blinken’s stepfather, Sam Pisar, was saved during the Holocaust in Bialystok and survived Nazi concentration camps, where his entire family perished. Pisar made a great impression on his stepson’s upbringing. According to the American-Jewish newspaper Forverts (The Forward), Tony Blinken is firmly convinced that the ensured security of the State of Israel is the only—and the best—guarantee that destruction will never again befall the Jewish people.

It is amusing to note that in late November 2020, Zavtra (Tomorrow), the largest chauvinistic, anti-Ukrainian, and antisemitic newspaper in Russia, emphasized the Ukrainian–Jewish roots of the incoming U.S. secretary of state: “Blinken is a bloodthirsty globalist-internationalist, who in 2014 played a key role in formulating the reaction of President Obama’s team to the fascist coup in Kyiv and the reunification of the Crimea with Russia: a resounding ‘yes!’ to the Kyivan junta and a categorical ‘no!’ to any steps taken by Moscow. Blinken is an out-and-out Russophobe, who demands that the government’s policy toward Russia be tightened, is a true friend of Israel.”

The U.S. Department of State will be headed by a Russophobic globalist and great-grandson of a Kyivan writer who wrote in Yiddish—Zavtra.ru

As they say, sometimes the criticism of an enemy is the highest praise.