Yiddish as a living language: an important new book 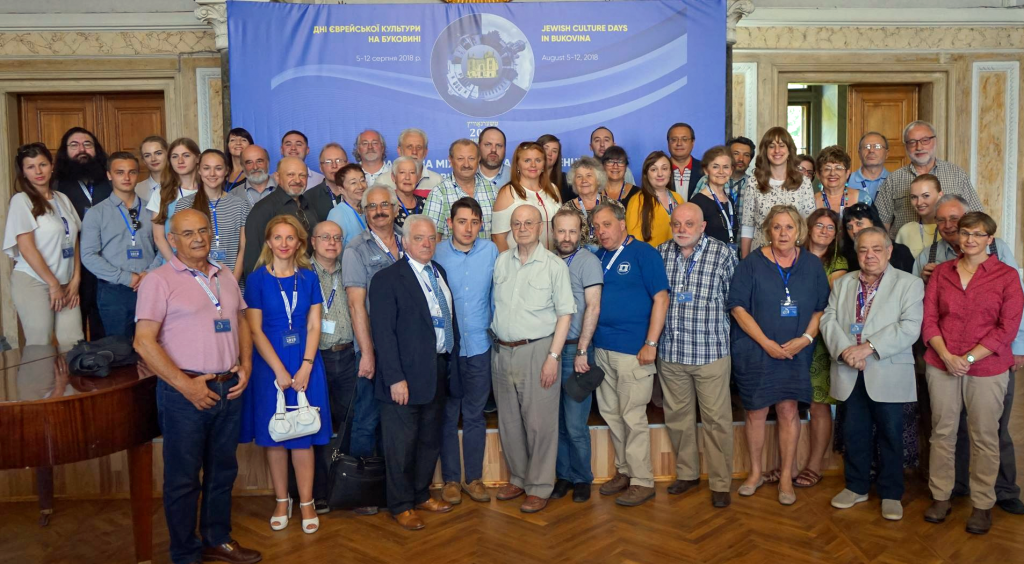 In the summer of 2020, the Kyiv-based publishing house Dukh i Litera issued the proceedings of the Fifth International Commemorative Conference of Yiddish Language and Culture. This important academic forum, which was held in August 2018 at Yuriy Fedkovych Chernivtsi National University, was pegged to the 110th anniversary of the very first conference in Chernivtsi [then known as Czernowitz in the Austro-Hungarian Empire] on the Yiddish language in 1908.

The academic papers presented by Yiddish-language scholars were published as volume 26 in the series Jews and Slavs issued by the Hebrew University of Jerusalem.

It is important to note that this was the first time that the Canadian organization Ukrainian Jewish Encounter (UJE) and the World Jewish Congress sponsored both this conference and the publication of its proceedings on Yiddish language and culture.

The 2018 conference was attended by approximately fifty scholars from thirteen countries: Ukraine, Russia, Poland, Romania, Moldova, Lithuania, Denmark, the U.S., Canada, Israel, France, Austria, and the UK. The papers presented by specialists working on a broad spectrum of topics concerning Yiddish-language civilization were published in 2020. 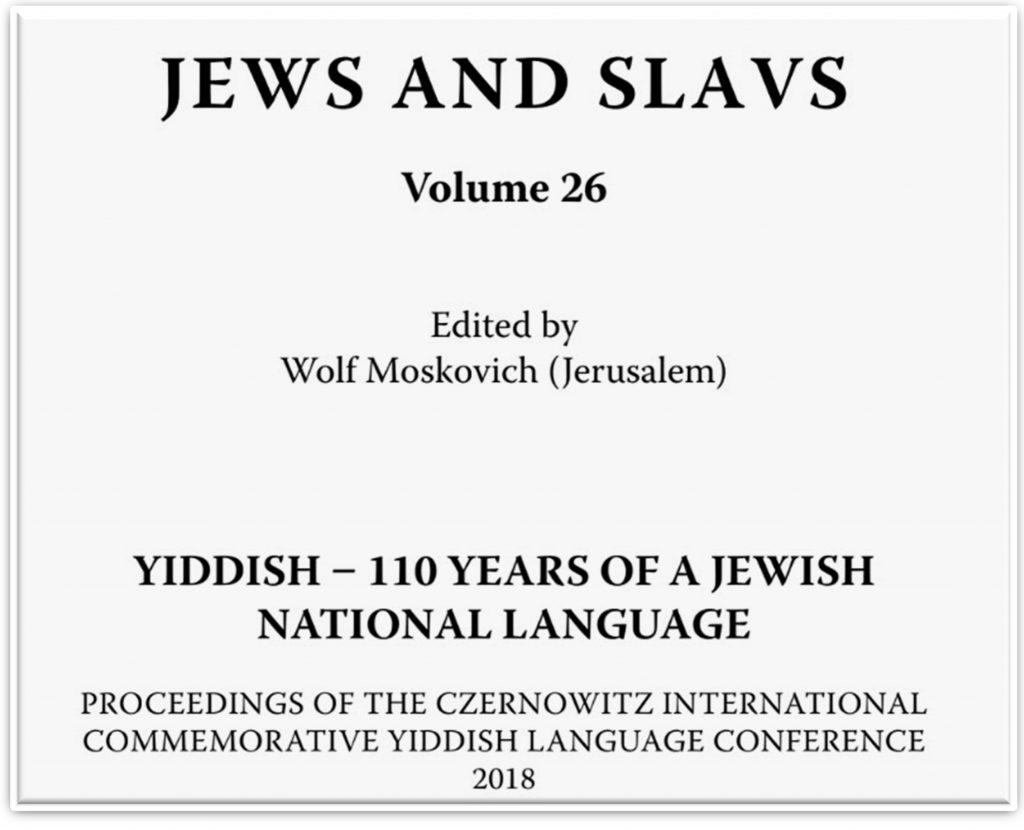 Professor Wolf Moskovich (Israel), a member of the UJE’s Board of Directors, was one of the key organizers of the 2018 conference in Chernivtsi and the editor of the volume. Professor Moskovich emphasized that the city of Chernivtsi, where Yiddish and Hebrew were first proclaimed as the Jewish national languages, occupies a unique and special place in Jewish memory. “This collection of articles by Yiddish-language specialists who came from all over the world is an important book about Yiddish as a living language. It connects Jewish historical memory with the present,” he noted.

The Yiddish-language specialist Anatoly Kerzhner (Vinnytsia, Ukraine) told the UJE that at the conference, in addition to meetings, it was possible to discuss many important issues in an informal setting in the course of informal person-to-person communication. “The cultural program and interaction gave many people hope that we will not just be mourning what has been lost but also developing something new: new songs and melodies, new prose and poetry on the old and powerful foundation of Yiddish culture,” Kerzhner noted.

In his view, the newly published collection of articles will take pride of place on the bookshelves of specialists and libraries and will become an important step toward the further development of Yiddish Studies.

“I would like to meet with the entire scholarly Yiddish-family more often than once every ten years. The organizers, particularly Professor Moskovich, are to be commended for the idea as well as for the fact that he succeeded in bringing together many well-known scholars of the Yiddish world at such a commemorative conference,” Kerzhner emphasized.

“The few days in Chernivtsi were clear-cut evidence that, despite the exodus of Yiddish from the universal panorama as a spoken language, it continues to exist and evolve in new forms—academic research, the art world, translations, lectures—that is encouraging to see,” Dr. Yushkovsky emphasized in his interview with the Ukrainian Jewish Encounter.