Yurii Lutsenko: "There is a special connection between Ukrainians and Jews"

The new Attorney-General of Ukraine Yurii Lutsenko is a prominent figure of the two Ukrainian Maidans, and was sentenced to a prison term during the years of former President Viktor Yanukovych. Lutsenko is now a renowned politician very close to President Petro Poroshenko. He has occupied this post for only one hundred days, but has already found the time to do quite a bit. During his official visit to Israel in August 2016, Lutsenko shared for the UJE website his take on Ukrainian-Jewish relations and the importance of his experiences in Israel when it comes to politics at home. The interview was conducted by UJE’s Israeli liaison, Shimon Briman.

Do you feel something special or personal in Israel?

The first time I came here, I only had a chance to superficially examine your country, and felt obliged to return. Israel isn't just about special architecture. There is here a certain magnet for the Judeo-Christian world—a point where it is possible to feel your anchor to the past. I'm an Orthodox Christian from Ukraine, but spent yesterday on an unforgettable excursion in the underground tunnels of the Jerusalem Temple. I witnessed the intrinsic power of this historic structure, and therefore the scale of that ancient state.

But the most important thing here is its people. I always very much regret that so many Ukrainian Jews have left Odessa, and that this city as a result has lost so much of its previous splendor. Here, I meet people whom I know from Ukraine, and who know me as well.

People from different countries are always interesting to interact with. I am a physicist, and I know that current flows at different potentials. Between Ukrainians and Jews there is this difference of potentials that produces a current—a joint result. This is a very important point. I always opposed the desire to see Ukraine as "black-and-white." Instead the "high" one gets from seeing different cultures interacting with one another has always appealed to me. Several fragments of colored glass come together to make a mosaic in a kaleidoscope. People exchange an interference of waves—it is a high. And if there is a resonance—then in general, "Putin, hide!" (laughs). 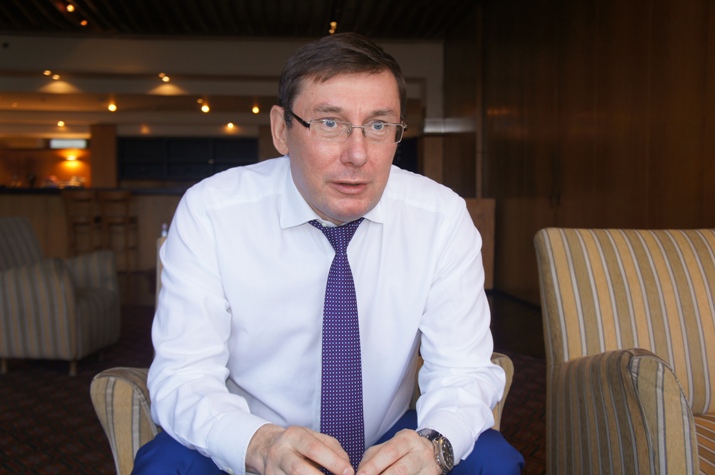 How can experiencing Israel be useful for Ukraine?

In my second visit here as head of the Ministry of Internal Affairs we observed the construction of a dividing wall (with the Palestinian territories – Sh.B.). Israelis then have shared with us secrets in the security sphere.

When I saw the inscription "Latrun" on the highway, I recalled the fight for a key fortress to Jerusalem. When I read the history of the creation of the State of Israel, I envy people who, after the German concentration camps, and being almost unarmed, could found the state under such brutal conditions. Coming to Israel, it is important to recognize that the unity and persistence of people under the most difficult circumstances yields the best results. For me this is a very good example of a nation that managed to recreate itself and force others to respect it. At the same time, this wasn't done through the Russian example of instilling fear in others, but through hard work leading to prosperity. The fact is this is necessary for us in Ukraine as well. And all this will eventually come to fruition. 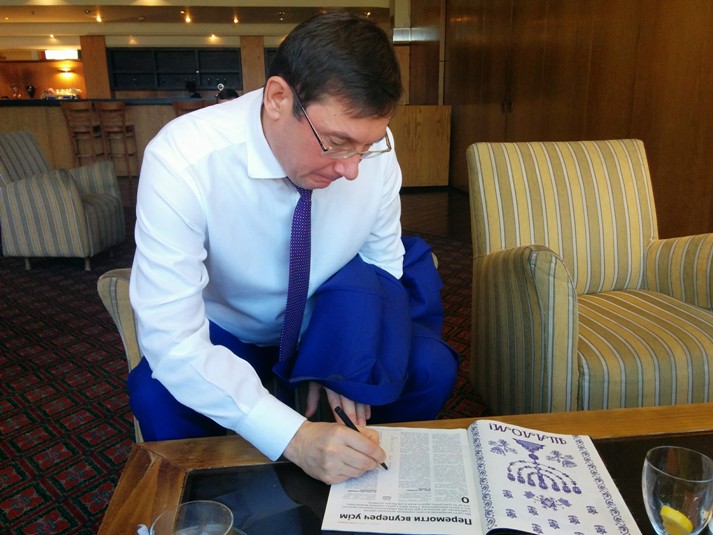 On the eve of the 25th anniversary of Ukrainian independence, what is your forecast for the future?

Twenty-five years—this means that the most dangerous period of time is behind us. We have encountered great obstacles on our path—oligarchy, internal, social, and civil unrest—but there's no evil without good. What Putin did has resulted in a new quality of Ukrainian society. My son served as a simple soldier-gunner alongside simple workers from the plants of [Renat] Akhmetov. They spoke Ukrainian "surzhik" or Russian, but were ready to tear apart Putin for the sake of Ukrainian independence.

Linguistic divides between the East and West, as well as religious problems have been consigned to the past. People have realized they're different, but are still Ukrainians. The most important point is that we have managed to overcome the divisions imposed from Moscow by Yanukovych on different segments of our society. 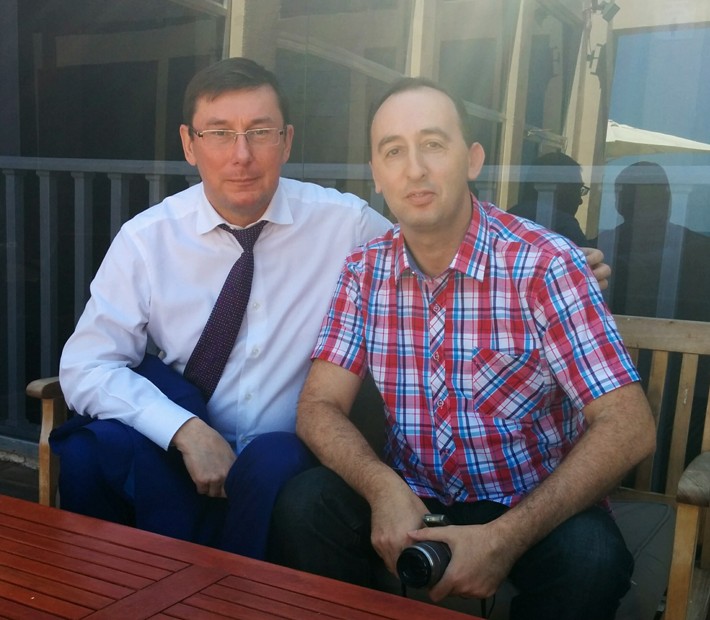 Now I am confident in the viability of the Ukrainian state. I ask myself: How quickly we will manage to construct a normal life? With occupied territories? Will we have Crimea tomorrow or the day after tomorrow? With oligarchy or without? With a stake on the agrarian or scientific-industrial sector? These aren't questions that can be answered with a "Yes" or a "No," but questions for an adult—not the “deceived boy” we were perceived as in years past.

Everything will be "OK," especially since we have the 25th anniversary of Ukrainian-Israeli diplomatic relations coming up. The connection of the Star of David and the Ukrainian Trident in different graphic expressions has become one of the most pleasant and creative signs of a new Ukraine. Therefore, we will support each other, and eventually triumph over internal and external challenges!