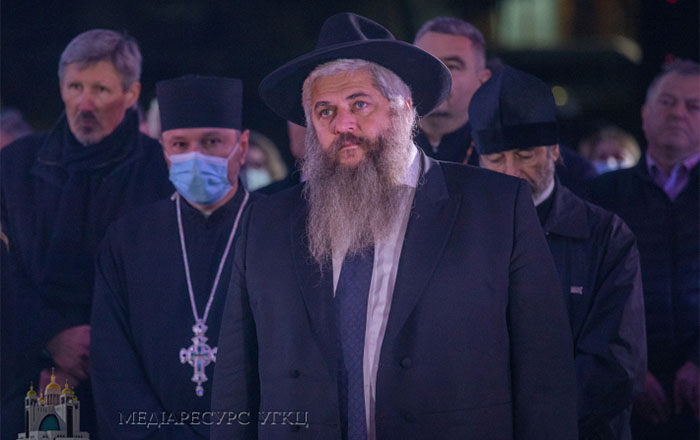 "We need to remove all our ambitions, and do everything to prevent war. I beg you", Rabbi Moshe Azman says, addressing the Russian president

One of Ukraine’s most prominent Jewish leaders stood in the snow next to the massacre site at Babi Yar on Wednesday and begged Russian President Vladimir Putin not to unleash a new wave of death and destruction against his country.