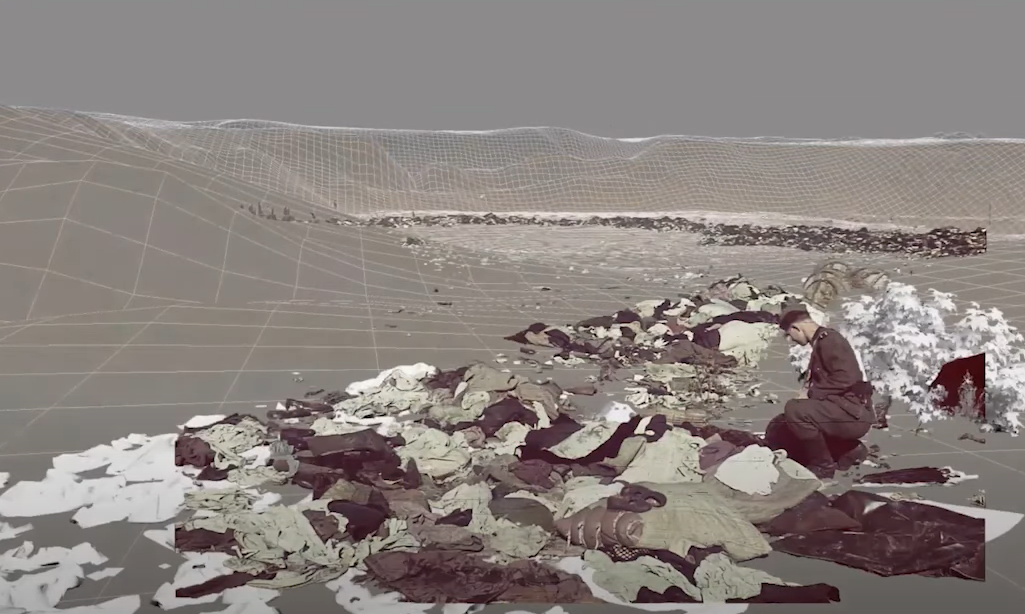 Join us for an important debate about how to appropriately commemorate the wartime massacre that took place at Babyn Yar.

Ukraine has witnessed a renewed focus on the commemoration of the Babyn Yar tragedy, the site of the mass murder of thousands of people, mainly Jews, in 1941-42 in the Nazi-occupied Kyiv. A major privately-funded initiative – the Babyn Yar Holocaust Memorial Centre (BYHMC) – supported by Russian and Ukrainian businessmen of Jewish descent, has driven an ambitious remembrance project around Babyn Yar, including the construction of a major museum. Recently, BYHMC has become the subject of heated debate, as Ukraine’s civil society raised concern about the lack of agency Ukraine has in this important project, as well the shift towards experimental curatorial work led by the new artistic director, Russian film-maker Ilya Khrzhanovsky. Initial plans from Khrzhanovsky talk of 'psychological experiments' that will immerse visitors in the experience of the Holocaust through use of technology. Khrzhanovsky's approach has been criticized by Ukraine's artistic and intellectual community, which signed an open letter demanding Khrzhanovsky's resignation. In the midst of this controversy, could it be possible to reach consensus around BYHMC?

Ukrainian Institute London assembled a panel of four speakers, representing several sides of the debate: Dr. Karel Berkhoff, Senior Researcher at the Institute for War, Holocaust and Genocide Studies in Amsterdam, Former Chief Historian and Chair of the Scientific Council at BYHMC; Yaakov dov Bleich, Chief Rabbi of Ukraine and Member of BYHMC Supervisory Board, Yana Barinova, former Chief Operation Officer at BYHMC, advisor for Humanities and Culture for the Mayor of Kyiv; Anton Drobovych, Director of the Ukrainian Institute of National Memory.

Where are we now?
Ukrainian Institute London's panel will aim to debate and reach conclusions on some hotly-debated, controversial and important issues:

What are the key elements of the ‘Basic Historic Narrative’ document developed by BYHMC?

How does one reconcile this narrative, which speaks extensively about collaboration, with the narrative of the Institute of National Memory, which has elevated the status of WWII underground fighters and formations, despite the fact that some of them are known to have been complicit in the Holocaust?

What are the prospects for transforming BYHMC into a project where the views of all key stakeholders, including the Ukrainian state and civil society, are taken into account?

The BYHMC Board and team published a two-hour video of their online meeting, which articulated to the audience the key recent developments of the project under Khrzhanovsky's lead. In what direction do these developments point?

The speakers are:
Dr Karel Berkhoff, Senior Researcher at NIOD Institute for War, Holocaust and Genocide Studies in Amsterdam, former chief historian and chair of the Scientific Council at BYHMC

Yaakov dov Bleich, Chief Rabbi of Ukraine and member of the Supervisory Board of BYHMC

Yana Barinova, former Chief Operation Officer at BYHMC, advisor for Humanities and Culture for Vitali Klitschko, the Mayor of Kyiv

Anton Drobovych, Director of the Ukrainian Institute of National Memory.

The panel will be moderated by Marina Pesenti, Director of Ukrainian Institute London. 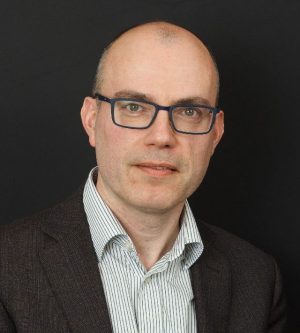 Karel Berkhoff
Karel Berkhoff is a Senior Researcher at the NIOD Institute for War, Holocaust and Genocide Studies in Amsterdam. Dr. Berkhoff studied history and Russian studies at the University of Amsterdam, Soviet Studies at Harvard University and received his doctoral degree in history in 1998 at the University of Toronto. His research and teaching focuses on the Holocaust. He is author of Harvest of Despair: Life and Death in Ukraine Under Nazi Rule. Dr. Berkhoff is one of the leading experts on the history of the Holocaust in Eastern Europe. He sits on advisory and editorial boards of various publications and research centers with focus on the Holocaust, including the EU, US and Ukraine. Currently, he is an affiliated guest with the University of Amsterdam. He is former chief historian and chair of the Scientific Council at BYHMC and led work on developing its narrative document, before resigning in 2019. Dr. Berkhoff said in interviews with Ukrainian media he disagreed with the approach of the newly appointed creative director Ilya Khrzhanovsky, which went counter to universally accepted standards for Holocaust memorials worldwide.

Yaakov dov Bleich
Rabbi Yaakov Dov Bleich was born in Brooklyn, New York in 1964. He studied at Yeshiva Karlin Stolin and graduated from Telshe Yeshiva High School in Chicago, where he began his rabbinical studies. From 1984-1986, he studied at the Karlin Stolin Rabbinical Institute in Jerusalem, and he received his rabbinical ordination at Yeshiva Karlin Stolin in Brooklyn. In 1989, Rabbi Bleich and his wife moved to Kyiv, Ukraine. In 1990, Rabbi Bleich was appointed Chief Rabbi of Kyiv and Ukraine, and has served in that post ever since. Rabbi Bleich has been instrumental in founding the Kyiv Jewish Community, the Union of Jewish Religious Organizations of Ukraine, the first full Jewish day school in Ukraine, the first legal Jewish orphanage and boarding school in Ukraine, the Chesed Avot welfare society of Kyiv, the Magen Avot social services network of Ukraine, and a host of other organizations. Rabbi Bleich also serves as vice-president of the European Jewish Congress. Rabbi Yaakov dov Bleich is a Member of the Supervisory Board of BYHMC. 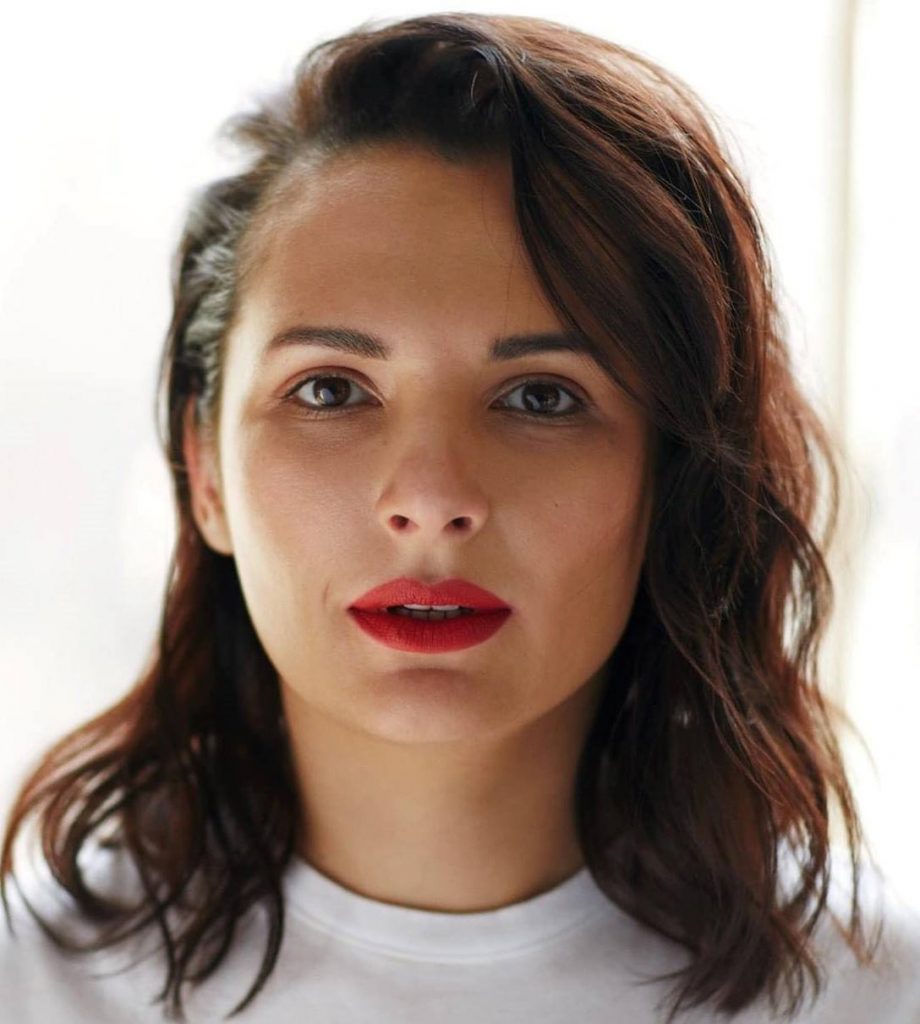 Yana Barinova
Yana Barinova, born in Odesa and currently living in London and Kyiv, is a public activist and former Chief Operating Officer of the Babyn Yar Holocaust Memorial Center. Her key areas of activity are in the promotion of human rights, contributing to peace and the commemoration of the Holocaust. Yana has authored more than 100 articles on human rights, cultural policy, the policy of memory; and has delivered statements at the UN Human Rights Council on behalf of the World Jewish Congress. Currently, Yana is a PhD student at Sorbonne University and is working on her doctoral thesis. In February 2018, Kyiv mayor Vitali Klitschko appointed her as an advisor for humanities and culture. From February 2020 she is a consultant to the “Our Common Destiny” project - a joint initiative of the Genesis Philanthropy Group (GPG) and the State of Israel, Israeli Ministry of Diaspora Affairs under the auspices of President Reuven Rivlin. This is a project that is bringing a new and innovative approach to the issue of Jewish unity. 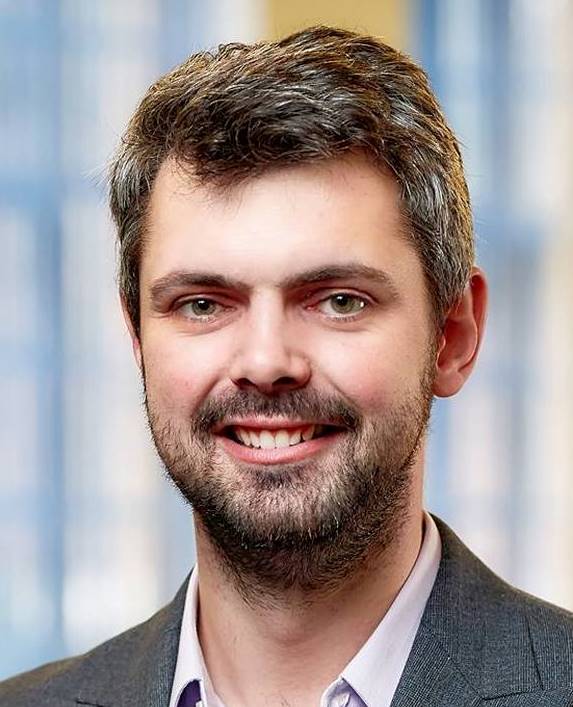 Anton Drobovych
Anton Drobovych is Head of the Ukrainian Institute of National Memory, responsible or formulating state policies of remembrance, developing commemorative practices and leading research. He has had a career spanning academia, journalism, policy-making and museum development in Ukraine. He was an advisor to the Education Minister of Ukraine and also chaired the department of museum planning at Mystetskyi Arsenal, one of Ukraine's leading museums and curating platforms. Prior to his appointment as Head of UINP, Mr. Drobovych curated educational programs at BYHMC.

For more information, including registration by Zoom, is available here.