Rhea Clyman, writing from the belly of two beasts: A Toronto journalist’s reports from Stalinist Russia and Nazi Germany. 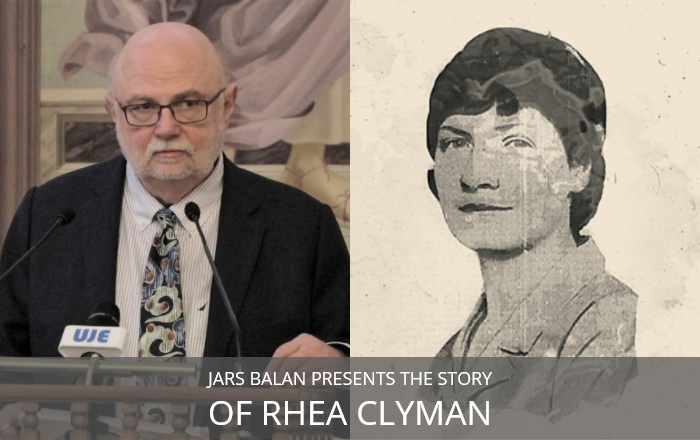 About the event
While conducting research on the history of Ukrainians in Canada during the interwar years, Jars Balan discovered a series of powerfully written articles by a forgotten Canadian Jewish journalist, named Rhea Clyman, describing the horrors and hardships of life in Stalinist Russia. Included in these were stories that documented the initial stages of the artificial famine of 1932-1933 in Soviet Ukraine. Further research into Rhea’s early years and subsequent career revealed that she was a fearless and talented woman who deserves to be celebrated for her accomplishments in the face of great personal adversity and political risk. Jars Balan is the author of numerous works on the history of the Ukrainian community in Canada and is the current Director of the Canadian Institute of Ukrainian Studies at the University of Alberta.

About Rhea Clyman
Rhea Clyman (1904-1981), who was born into a Jewish family, immigrated to Canada from southern Poland in 1906, with her parents, Szulim and Anna, and two older brothers. She grew up near what is today the corner of Bay and Dundas Streets. Moving to Moscow as a 24-year-old in 1928, she established herself as a freelance journalist before being arrested and expelled by Stalinist authorities in September 1932 for writing articles that were critical of the Bolshevik regime. She subsequently worked as the Munich correspondent for London’s Daily Telegraph newspaper from 1933 to 1938, leaving the country days after Kristallnacht and miraculously surviving a fatal plane crash on the approach to Schiphol airport. Jars Balan, the Director of the Canadian Institute of Ukrainian Studies at the University of Alberta, has been researching the story of Rhea’s remarkable life. Originally from Toronto, Jars grew up in the Bathurst Manor District and attended William Lyon Mackenzie Collegiate.

The entrance is free.

Attendees will receive a complimentary copy of the award-winning book by UJE Co-Director Alti Rodal A Journey Through the Ukrainian-Jewish Encounter: From Antiquity to 1914.