The Ukrainian Jewish Encounter is co-sponsor of two roundtable discussions at the 2019 Annual Convention of the Association for Slavic, East European & Eurasian Studies.  Visit us at Booths 118 and 120 in the Exhibition Hall, which we will share with Harvard University’s Ukrainian Research Institute (HURI) and the Canadian Institute for Ukrainian Studies  (CIUS) of the University of Alberta.

Don’t miss what promise to be two engaging roundtable discussions:

The discussion of the book “Courage and Fear” by Ola Hnatiuk will take place on Sunday, November 24, 4:30 pm to 6:15 pm, at the San Francisco Marriott Marquis, on Floor: 2, Foothill B. 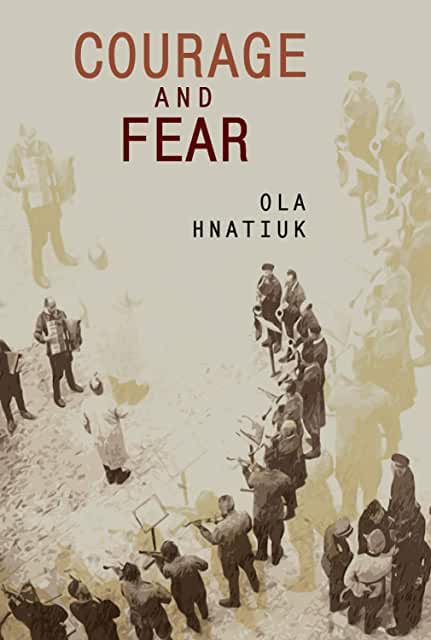 Discussing Ola Hnatiuk’s Courage and Fear (2019), this roundtable will examine the questions of pre- and post-war influence of beliefs on the history of the city of Lviv in the 20th century, misrepresentation of the history of the multicultural city in various national narratives, collaboration and its interpretations in such narratives, and the challenge of reconciliation of such contradictory accounts. Co-sponsored by the Ukrainian Research Institute at Harvard and the Ukrainian Jewish Encounter.

The discussion will be chaired by Robert Ian Frost, University of Aberdeen (UK), with the participation of:

This roundtable will treat the theme of “beliefs” in the sense of deeply held convictions that are based on preconceptions, myths, generalizations, stereotypes, and partial truths. The focus will be on the expression of such “beliefs” in the folklore, literature, and historiography of both Jews and of Ukrainians, and their impact on Ukrainian-Jewish relations. Roundtable participants will be invited to reflect on the origins of such beliefs, the dynamics that sustained them and unique features in how they manifested in the Ukrainian-Jewish experience historically, the prevalence and contemporary impact of such beliefs, the extent to which the issue is being addressed in Ukrainian and Jewish public discourse today, and possible approaches to overcoming such “beliefs” in the public sphere at a popular level.

The discussion will be chaired by Berel Rodal, Board Member of the Ukrainian Jewish Encounter, with the participation of: