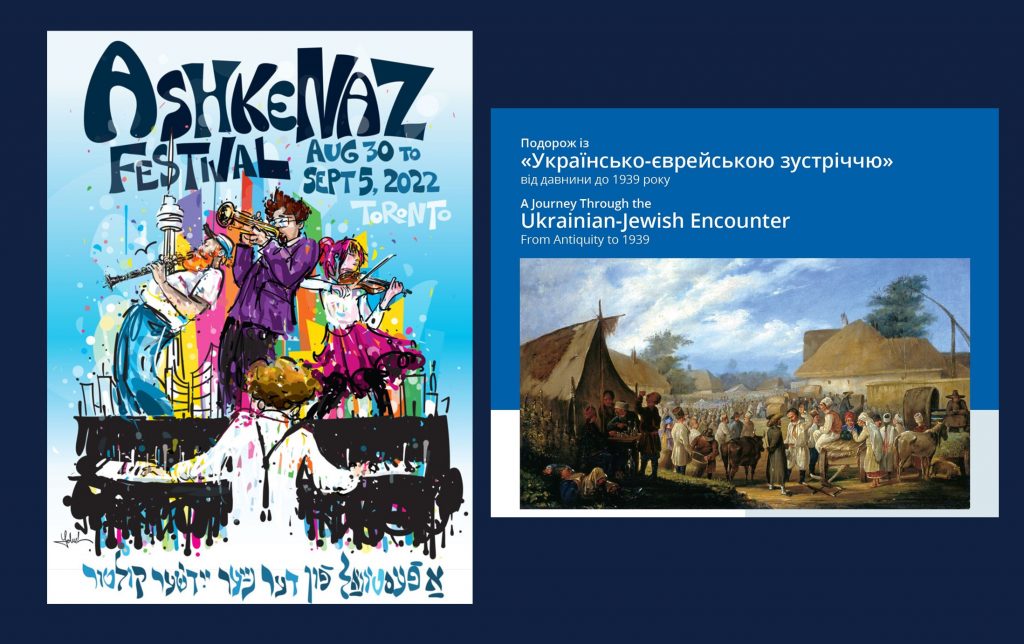 A Journey Through the Ukrainian-Jewish Encounter:

Discover the history and myriad interactions of two historic peoples living side-by-side on Ukrainian lands through texts, maps, graphics, paintings, photographs, and other images. Topics explored in the exhibition include: the social and economic dynamics of life and Jewish-Ukrainian interaction within the Polish-Lithuanian Commonwealth; divided historical memories regarding Cossack uprisings against Polish rule in the seventeenth and eighteenth centuries; the origins and extraordinary expansion of the Hasidic movement on the territory of Ukraine; the flourishing Hebrew/Yiddish publishing scene and literary renaissance; perceptions of Jews held by Ukrainian literary figures and leaders of the Ukrainian national awakening, as well as the depiction of Ukrainians in Jewish literature. Parallel segments of the exhibit treat the challenging transformations experienced by these two stateless peoples during the "long nineteenth century" (1772-1914) in the Russian Empire and under Austro-Hungarian rule. A concluding section explores the large-scale migration of both Jews and Ukrainians to North America beginning in the 1880s-1890s.

Co-presented by the Ukrainian Jewish Encounter.