The Israeli premiere of Crimea: As It Was

The Israeli premiere of the new documentary Crimea: As It Was (2016), which took place against the background of skyscrapers in the heart of Tel Aviv, was a resounding success. The film recounts the personal stories of Ukrainian officers who, during the dramatic events in the spring of 2014, stayed loyal to their country and their oath, and withdrew ships, planes, and helicopters from Crimea to “mainland” Ukraine.

The Israeli Friends of Ukraine NGO, headed by Anna Zharova, organized the screening. The project was co-supported by Cluster-Disruptive Technologies Hub and the Absorption Department of Tel Aviv City Hall, and technically supported by Open Air Cinema.

Before the screening the Ambassador of Ukraine in Israel Hennadii Nadolenko addressed the public and emphasized that he really appreciated the wholehearted support ordinary Israelis have been giving Ukraine for two years now. 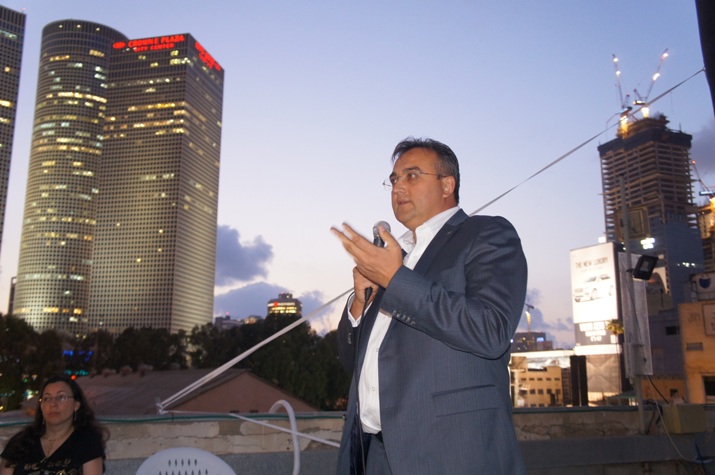 Ambassador of Ukraine in the State of Israel Hennadii Nadolenko at the documentary premiere in Tel Aviv.

The screening featured subtitles in English and provoked significant interest among the Israelis. After the screening, the young Ukrainian director Konstantin Klyatskin from the Babylon'13 group responded to the numerous questions of the Israeli audience. 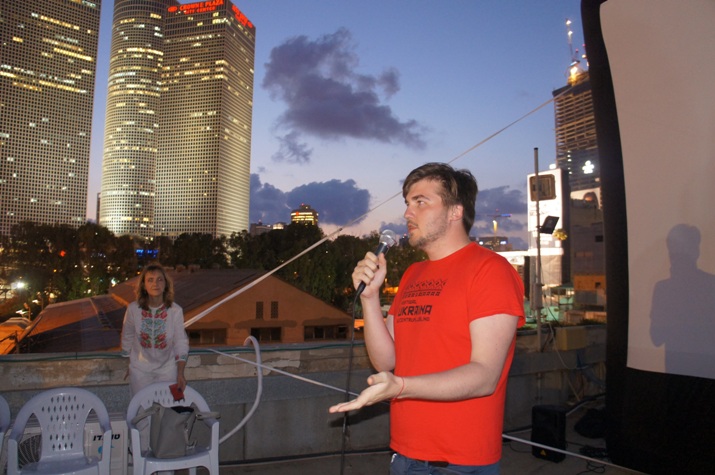 Konstantin Klyatskin, the film director, answers the questions of the Israeli audience.

After watching the documentary, Vyacheslav Feldman, one of the directors of Israeli Friends of Ukraine, noted: “The film is full of contrasts. On one side—the military men, honest, full of dignity, devoted to their duty and native land, betrayed by the people who served shoulder-to-shoulder with them for years. On the other side—treachery, confusion, and inadequate people driven mad by propaganda. I would rather not judge the actions of the Ukrainian authorities who did not give the command to resist. Could this culminate in a major war or, vice versa, everything would have ended before it began? No one knows. But history respects and honors those who behaved decently. Those who didn't give up, didn't chicken out, didn't sell out." 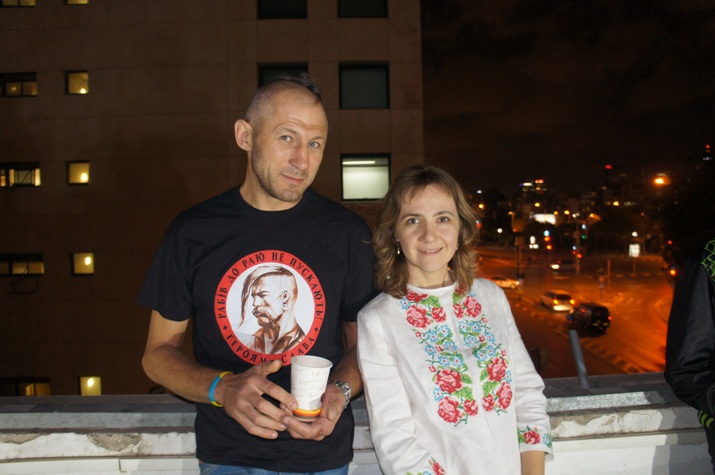 Other Israeli spectators had additional opinions and impressions about the defenders of Ukraine during the dramatic events of spring 2014 in Crimea. 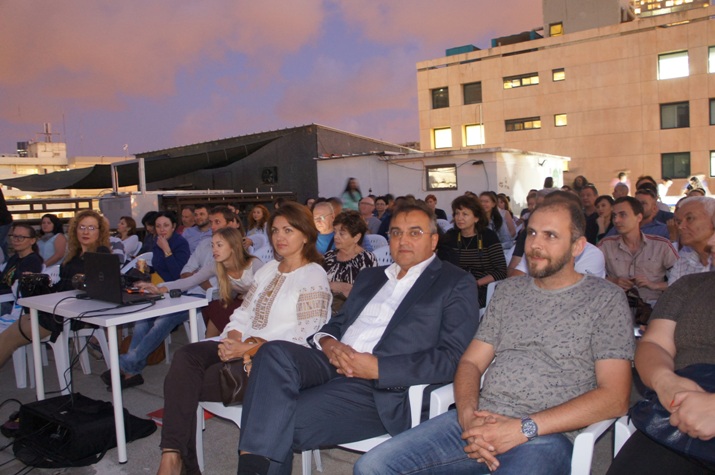 Inna Turbaevsky: "During the screening of the film I could hardly hold back the tears and sometimes I felt nauseous. Tears flowed when I saw strong men speak painfully about what had happened, and I felt sick about the betrayal and war. These words about old friends, who suddenly grew hateful, echoed so familiarly in my soul. " 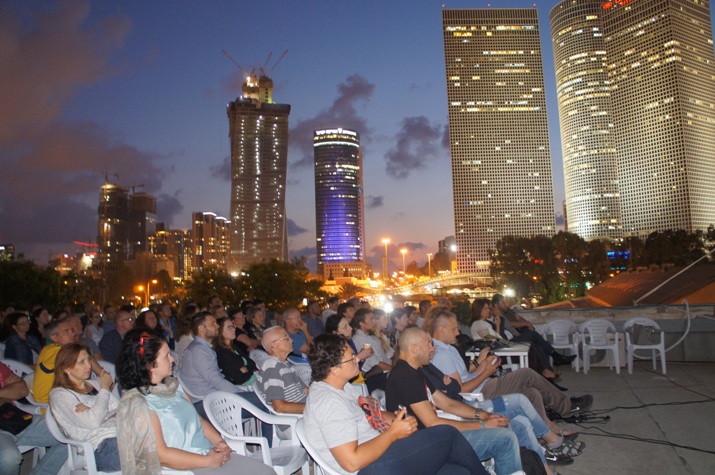 Anatolii Kolbasin: "As for me, I was impressed by noticing absolutely no censorship in this film. In today's world, a true-to-reality media message has become really uncommon, so the greatest thing about this film is the absolutely unquestioned frankness of non-retouched characters. Many thanks to the director and to the entire filmmaker crew for telling the truth about the fate of our homeland." 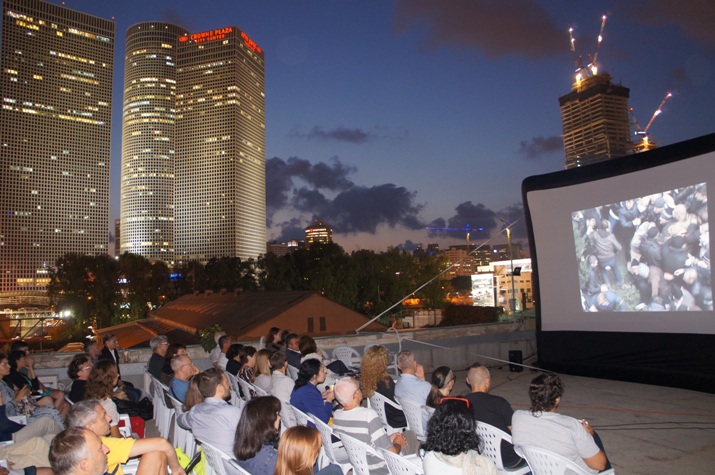 Becky Green: "The film is seared into my heart. The filmmakers were able to show the Crimea that has "filtered out" the Ukrainians, leaving betrayal, cowardice, and lies to the enemy. Prior to watching this film, I could only barely stand everything that was happening in Russia and in Crimea. After having seen the documentary, I have a feeling of disgust for the [worthless]. By contrast, I feel honored and proud to be on the same side with the heroes of the film. Glory to Ukraine!" 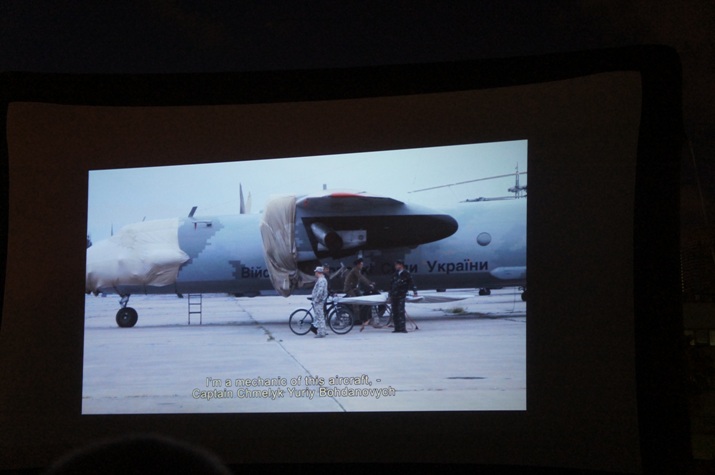 Anna Loitsker: "As far as I'm concerned, the film is first and foremost about heroism. Not about that kind of pitiful and deliberate heroism that is usually shouted out from TV screens, but about the one that occurs next to us, daily, which, however, does not downplay its significance. It's about the heroism of people who under the threat of real death stayed loyal to their oath and their country, and who talk about it with incredible simplicity and modesty. "