Israeli theologian: “A dialogue between Christianity and Judaism is now possible precisely in Ukraine” 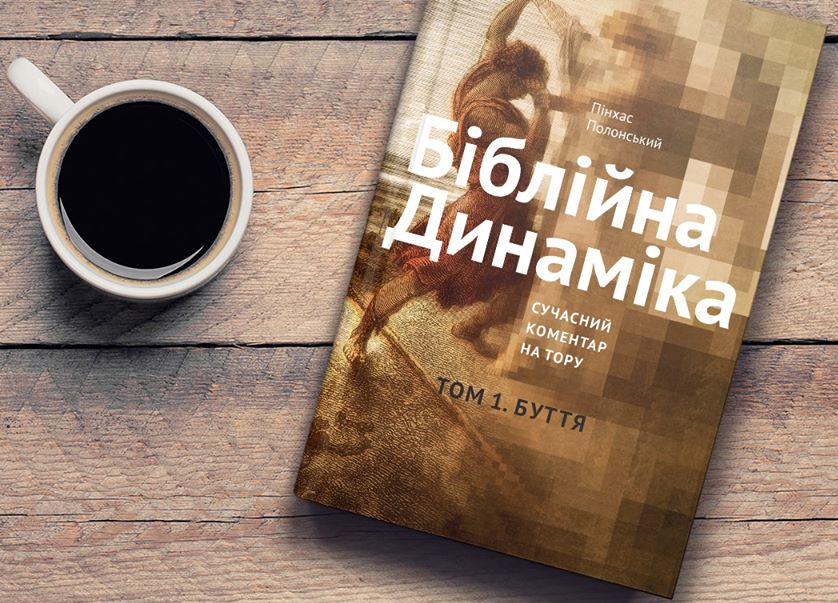 The Ukrainian translation of The Dynamics of the Bible by Pinchas Polonsky, an Israeli author and researcher of Judaism, was published in Ukraine in April 2020.

“Ukrainian is the first language into which my book has been translated. The English translation of the first volume is nearly ready, and it will be published in a few weeks. But it will be the second translation,” the author of the book told the Ukrainian Jewish Encounter. The first of five planned volumes includes contemporary commentaries to the Book of Genesis.

Pinchas Polonsky was born in Moscow in 1958. In 1975 he became an activist in the underground Jewish movement in the USSR, a lecturer on Judaism, and one of the founders of Machanaim, the Center for Jewish Education. He long demanded that the Soviet authorities grant him the right to emigrate, and in 1987 he was repatriated to Israel, where he continued his studies and began teaching at Bar-Ilan University and Ariel University.

Polonsky has to date published more than twenty-five books on Jewish tradition and philosophy, the most well-known of which include the monograph Rav Abraham Isaac Kook: Life and Teaching; Two Thousand Years Together: The Jewish View on Christianity; and Israel and Humanity—A New Stage of Development. The Dynamics of the Bible is the principal work he has been working on for the last decade.

The Israeli theologian has been to Ukraine several times. In 2019 he visited Kyiv, Lviv, and Odesa, where he delivered a series of lectures on contemporary Judaism and its “orthodox modernization” in the State of Israel.

A particularly interesting dialogue with Polonsky took place in St. Michael’s Monastery in Kyiv and at the Theological Academy of the Orthodox Church of Ukraine (OCU).

The meetings in Lviv were at the Ukrainian Catholic University and also with the club of the journal Ji, where the moderator of the Israeli guest’s dialogue with Ukrainian intellectuals was Taras Vozniak, general director of the Borys Voznytsky Lviv National Art Gallery.

“Each audience in Ukraine welcomed me very positively and invited me to return. And they remarked that, for them, these are very new and unusual views on Judaism,” Polonsky said, sharing his impressions of his trip to Ukraine.

This positive reaction from Ukrainians sparked the idea to prepare a Ukrainian translation of his new book, which could interest anyone who is curious about the Bible: Jews and Christians, faculties of religion, and theological seminaries.

It is symbolic that the Israeli author’s book was translated into Ukrainian by a Protestant and the foreword was written by an Orthodox priest and a Catholic priest.

The translator, Olena Smyrnova, who is an activist in the Protestant community in the city of Dnipro, noted that Polonsky “carefully shows in a creative dialogue with the Revelation the faceting of the qualities of the ancient Jews for the creation of a true national organism. Among other things, the unity of God lies in the universality of global processes. Thus, we Ukrainians must learn state building based precisely on this information.”

Archpriest Heorhii Kovalenko of the Orthodox Church of Ukraine, who is the rector of the Open Orthodox University of Saint Sophia the Wisdom, calls the book a  fascinating journey into the eternal history of the Five Books of Moses: “On the one hand, Pinchas Polonsky’s commentaries and interpretations are deeply rooted in the thousands of years of tradition of Orthodox Judaism, and at the same time it is its creative evolution—Orthodox modernization. It is this very approach that can be interesting to orthodox Christianity, which is Orthodoxy. When we, without rejecting the age-old tradition of our ancestors, discover new dimensions of meaning in the holy texts, and in a creative dialogue with the Revelation seek an answer to questions that contemporaneity places before religions.”

“God’s dialogue with humanity is ongoing, as is the dialogue between religions, especially the religions of the Book, Judaism and Christianity, which have a complex history of mutual relations; ultimately, in rejecting the strategy of destruction and absorption, they discover a new horizon of understanding one another,” Archpriest Kovalenko said.

The Jesuit Rev. Andrii Zelinsky, advisor to the head of the Ukrainian Greek Catholic Church (UGCC) on strategic communications and lecturer at the Three Saints Theological Seminary of the UGCC in Kyiv, believes that thanks to the Ukrainian translation of Polonsky’s The Bible Dynamics, Ukrainian readers will have an opportunity to dive into the depths but not become lost: “The author approaches an interpretation of the biblical text in a unique way, proposing at one and the same time effective tools for understanding contemporary life with its manifold challenges. The attentive reader is exposed to a broad array of reflections that enrich his existential experience.”

In Rev. Zelinsky’s view, the book allows us to look in a place where the world of a person is formed by the spiritual wisdom of preceding generations, transmitted throughout the centuries. The simplicity of the book’s presentation is striking, as is the profundity of the thoughts put forward in it. In the life of the contemporary person, sense is a valuable resource. On its presence or absence relies the chosen direction of movement of each one of us—and all of society—Ukrainian society—noted the representative of the UGCC.

In his interview with UJE, Polonsky emphasized the following: “I think that this dialogue with Ukraine and with Ukrainian spiritual leaders is particularly important. A dialogue between Christianity and Judaism is now possible precisely in Ukraine. It is specifically in today’s conditions, now that Ukraine has become an independent state in the fullest sense, that Christian thought in it is freeing itself from the dogmas of the Russian Orthodox Church, making mutual understanding between us possible.”

In order to further the development of interconfessional dialogue between Judaism and Christianity, Polonsky has created a site featuring Ukrainian-language materials.