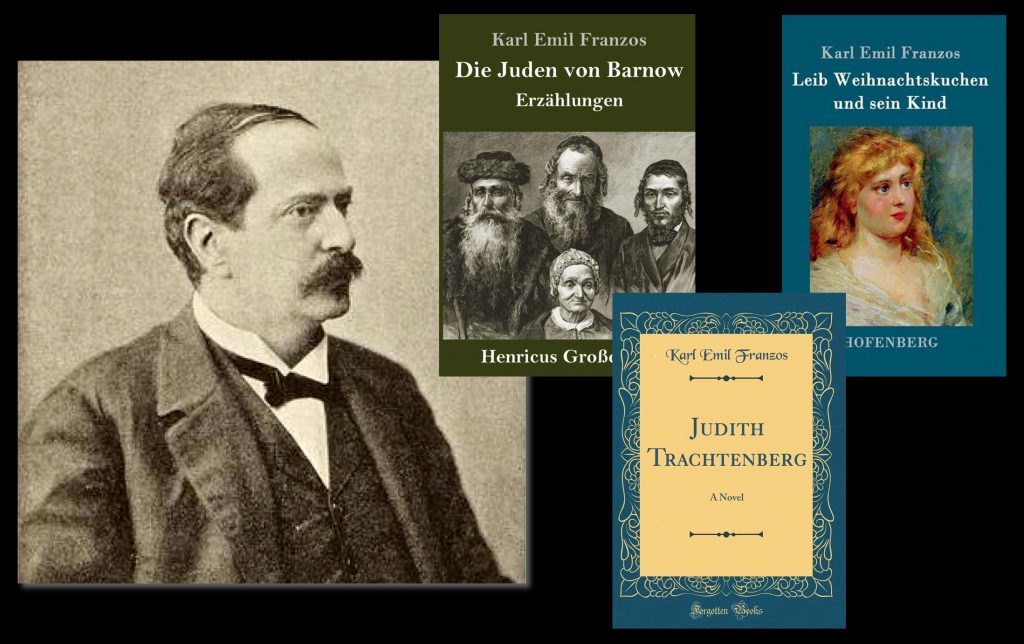 Born near the little town of Chortkiv in what is today western Ukraine, the prolific Jewish writer, journalist, and editor Karl Emil Franzos achieved international renown in the late nineteenth century with his German-language tales of Jews, Poles, Ukrainians, and others in what his readers considered to be the “exotic” lands on the fringes of Europe. He traveled throughout the eastern borderlands of the Habsburg Empire as well as Russia and Romania from 1874 to 1876, a journey that inspired perhaps his most successful book Aus Halb-Asien (From Half-Asia; 1876).

In 1877 he issued his first collection of stories, Die Juden von Barnow (The Jews of Barnow), depicting shtetl life. The second volume in his Aus Halb-Asien cycle, Vom Don zur Donau (From the Don to the Donau), was published in 1878. The story of a Jewish soldier from a small Galician town was depicted in Moschko von Parma (Moshko of the Parma Regiment; 1880). The novel Ein Kampf ums Recht (A Struggle for Justice, 1882) was set among Eastern Carpathian mountaineers. The complex personal relations between the Christian and Jewish communities were explored in two acclaimed works, Judith Trachtenberg (1890) and Leib Weihnachtskuchen [“Christmas Cake”] and his Child (1896).

Franzos grew up in a multicultural and multilingual environment in Galicia and Bukovina and later studied law in Vienna and Graz before he established a highly successful writing and publishing career in the Austrian capital and then in Berlin. He was devoted to German culture and to a liberal German nationalism, a stance he believed to be enlightened and progressive, but one that was later challenged by increased antisemitism. He nonetheless opposed Zionism and viewed the future of Jewish communities in terms of cultural assimilation into Western European nations, where only religion would ultimately distinguish Jews from their neighbors.