Limmud: Leading a Jewish revival in the former USSR 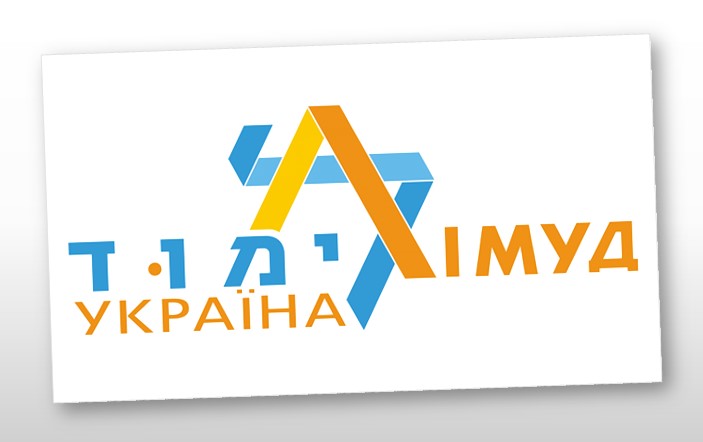 The Jewish educational charity Limmud first saw the light of day 37 years ago in the United Kingdom. Since then, it has grown into a phenomenon and revitalized Jewish learning and culture on four continents and in dozens of languages. In partnership with The Odessa Review, the annual Limmud FSU Conference [was] held in Odessa on October 19-22, 2017.

This essay originally appeared in the October/November 2017 issue of The Odessa Review, which was supported by the Ukrainian Jewish Encounter.

In 2006, I visited Limmud for the first time at Britain’s Nottingham University with a group of people actively involved with Russian-speaking Jewry. We immediately realized the Limmud educational model’s potential. Then and there, we decided to take this idea and mold it into a similar program tailored to the specific needs of young Jews in the countries of the former Soviet Union (FSU).

For most of Communism’s 70-year reign, Soviet Jews had been deprived of Jewish education. Jewish and Hebrew culture was severely suppressed, and the Soviet authorities often persecuted and even imprisoned its practitioners, leaders, teachers, and students. But with the onset of perestroika and glasnost in the late 1980’s, all this began to change. Suddenly, the gates of the Soviet Union — which previously seemed bolted shut — swung open, and Jews began to freely emigrate.

However, when the doddering Soviet empire finally collapsed in 1991, it left a vacuum in its wake. Hundreds of thousands of Jews remained in the fifteen newly independent states, struggling with poverty, economic collapse, and political instability. During that first decade of independence, many of the world’s major Jewish organizations set up shop in the FSU and began to provide what were then essential services — financial assistance, social and humanitarian aid, and cultural and religious support for those who needed and wanted it.

By the second decade, a new generation of local Jewish leadership was starting to emerge. Now, local institutions began to supersede international ones. They grew increasingly self-reliant, raised funds on their own, and supported grassroots community projects.

As a lifelong Jewish professional, I have a lengthy history of involvement with and interest in the Jews of the former Soviet Union. I was Secretary-General of the Public Council for Soviet Jewry and head of the Jewish Agency’s Aliyah delegation to the United States and, then, in the USSR. Later, I served as Treasurer of the Jewish Agency. Throughout my career, I was intimately involved in addressing the plight of Soviet Jews.

Despite this, I proved unprepared for the reception Limmud FSU would receive. In founding the organization, my partners and I discovered an enormous and unsatisfied thirst for knowledge among post-Soviet Jewish young people, who often knew very little of their own culture, heritage, and national identity.

The first Limmud FSU conference took place in Moscow in 2006. Since then, it has become the most important annual event in the Russian capital’s Jewish cultural life. The 2017 conference, which brought together 2,000 participants, was a milestone un- imaginable 25 years ago: the second largest Limmud gathering in the world.

Annual, centrally organized Limmud FSU conferences also take place in Ukraine. In years past, they have been held in Truskavets, Lviv (Lvov), Uzhgorod, and Yalta. This year, our conference will return to an old favorite: Odessa. Despite the present political turmoil and uncertainty, Limmud FSU Ukraine marches on.

On a visit to a major English-speaking Limmud event in New York, I was amazed to discover that there were virtually no young immigrants from the former Soviet states taking part — even though there are an estimated 300,000 new immigrant Russian speakers in the USA! Investigating further, our organization learned that, even if the participants knew English well, many of them (especially older immigrants) would really prefer to hear lectures and presentations in Russian that resonate with their specific interests and knowledge of Judaism and Jewish culture. And the younger generation sought the opportunity to meet and mingle with other people from the same background. This became even clearer to us in Israel, where more than one million Russian-speakers have arrived since 1989.

Like all Limmud events, Limmud FSU conferences are based on the concept of volunteerism. That was a radical idea for the FSU. In the Soviet Union, the concept of volunteerism basically did not exist. Sociologists suggest that, during those 70 years, people became accustomed to a paternalistic state that sought to direct how its citizens thought and to create a collective mentality in which initiative was frowned upon and ethnic identity was irrelevant. Under such conditions, volunteerism had no role to play. Limmud FSU turned this thought process upside down. Our conferences are completely volunteer-driven: volunteers plan the programs, select the speakers, and handle logistics, public relations, and marketing.

Despite the critical role of volunteers, Limmud FSU is also a global enterprise active in 12 different locations. Without a cadre of professional staff in Jerusalem, project managers in the countries where we operate, and generous donors around the world, none of this would be possible.

Because Russian-speaking Jews spent so many years cut off from their Jewish roots for so many years, the tasks and challenges facing Limmud FSU are distinct from those in other parts of the world. Yet as we embark on our second decade, we can already see the huge difference that our work has made. Jews living in Ukraine, Russia, Belarus, and Moldova have a greater awareness of their culture and a stronger sense of identity and national pride. We know this from the ever-increasing number of participants at our events. We have no doubt that Limmud FSU has a critical responsibility to these thousands of Jews. We gladly accept that obligation.

by Chaim Chesler, founder and Chair of the Executive Committee of Limmud FSU