Posted On: February 12th, 2020
Posted In: Sponsored Projects, The Holocaust in Ukraine, Other Programs, History 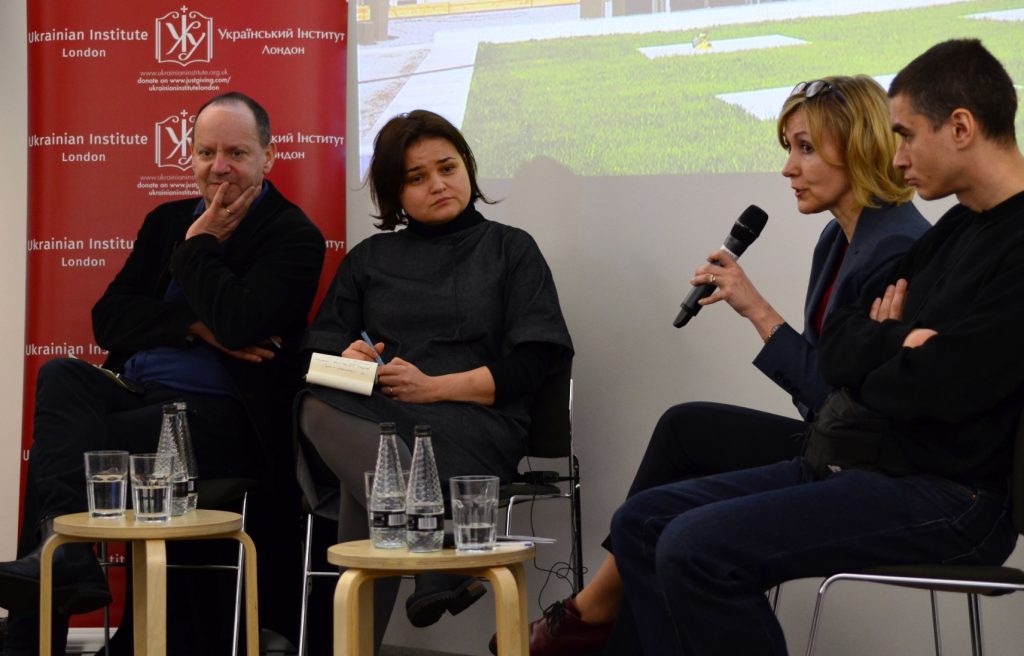 On the eve of Holocaust Memorial Day, the Ukrainian Institute London held an important and timely panel discussion on how the Holocaust is remembered in Ukraine, in partnership with the Jewish Museum London and supported by the Ukrainian-Jewish Encounter. Over one million Jews were murdered in Nazi-occupied Ukraine, but the tragedy of the Holocaust was silenced during the Soviet period, and only began to be discussed after Ukrainian independence in 1991.

The panel, moderated by the director of Ukrainian Institute London Marina Pesenti, was made up of three eminent and engaging speakers. Dr Sofiya Dayk is the Director of the Lviv Centre of Urban History, a private institution which initiated a number of important initiatives commemorating the Jewish community’s presence in Lviv in tandem with the local Lviv government. In 2017, the centre hosted the “Un-named” exhibition, reflecting on mass violence in Ukraine between 1931 and 1945.