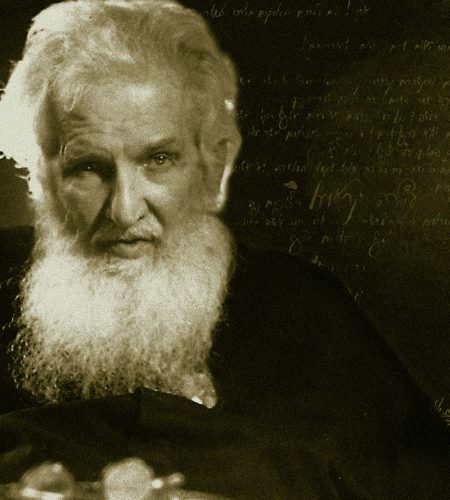 “No harm will come to you here. You are safe. “

Lilly Pohlman says she will remember these words till the end of her days. Along with the memory of a giant of a man gently reassuring her after experiencing the horror of Nazi brutality.

Over 150 other Jews who survived the Holocaust in Ukraine have similar memories. Three of them share their personal recollections of that gentle giant, Metropolitan Archbishop Andrei Count Sheptytsky, in a documentary film called Saved by Sheptytsky. Released in 2012, the film was produced by the Ukrainian Jewish Encounter, based in Toronto, Canada.

Metropolitan Sheptytsky was born in 1865 to an aristocratic family in Prylbychi, a Ukrainian village near Lviv, then part of the Austro-Hungarian Empire. In 1891 he left behind his privileged life to become a Ukrainian Catholic cleric. He was made bishop in 1900, and shortly afterwards became Metropolitan, the top hierarch of the Ukrainian Greek-Catholic Church.

Metropolitan Sheptytsky is known, for very good reason, as the saviour of Jews during World War II.

Defying extreme danger, he used the administrative structure of the Ukrainian Greek-Catholic Church to cheat the Nazis. Over 240 Ukrainian priests and nuns risked their lives hiding Jewish children. Metropolitan Sheptytsky sheltered 15 Jews, including a rabbi, in his own residence.

In the film, Saved by Sheptytysky, Pohlman recalls meeting the Metropolitan with her mother. She watched tears spill silently from his eyes as her mother told him how the Nazis murdered the rest of her family, including Lilly’s younger sister. Afterwards, she remembers the Metropolitan issuing strict instructions that mother and child never be separated. They never were.

The process of integrating Jewish children was as difficult as it was dangerous.

Oded Amaranth was one of three Jewish boys placed in an orphanage headed by Daniel Tymchyna. Oded recalls the lengths Tymchyna went to, even at bath time, to ensure the Jewish identity of the three was hidden from the other children.

Thoughtful consideration, resourcefulness, and the utmost discretion ensured that these Jewish children disappeared into the woodwork … if not from sight.

As a confused and frightened seven-year old boy, Dr. Leon Chameides instinctively knew his life depended on adapting to this strange new world. He learned the language and mannerisms of a typical Ukrainian boy, including how to cross himself and behave in church. Years later he learned that hidden in the attic of a house he passed on a regular basis was a child who went on to win the Nobel Peace Prize.

Metropolitan Sheptytsky saved not only the lives of these children, but also their Jewish identities. Not one Jewish child saved by Sheptytsky was converted to Christianity.

Many Ukrainians who sheltered Jews are recognized by Yad Vashem, the Holocaust Martyrs and Heroes Remembrance Authority, as Righteous Among the Nations. Metropolitan Andrei Sheptytsky, however, is not.

A dwindling yet passionate number of the Jews saved by Sheptytsky is pressing Yad Vashem to bestow this well-deserved honour upon the Metropolitan. The group is led by Odem Amaranth.

Pohlman points out that Metropolitan Sheptytsky was the only church hierarch who protected Jews from the Nazis. She and Dr. Chameides both recall the Talmud quote, which Yad Vashem itself invokes: Whosoever saves one life, saves the world entire.

In just 24 minutes, this film delivers a poignant and powerful message. And the closing words of Dr. Chameides reverberate throughout the rolling of the credits … and long afterward.

Saved by Sheptytsky is being screened at LimmudFSU Festivals this year in Ukraine and Canada. These gatherings bring together young Russian-speaking Jews from around the world to explore their East European roots and strengthen their Jewish identities.

In Lviv the screening will be one of the three panels hosted by the Ukrainian Jewish Encounter at LimmudFSU Ukraine, taking place Nov. 5-8. On Nov. 21, it will be screened at Limmud FSU Canada at Blue Mountain Resort, near Toronto.

This has been Ukrainian Jewish Heritage on Nash Holos Ukrainian Roots Radio. In Toronto, I’m Andrij Holowaty. Until next time, shalom!