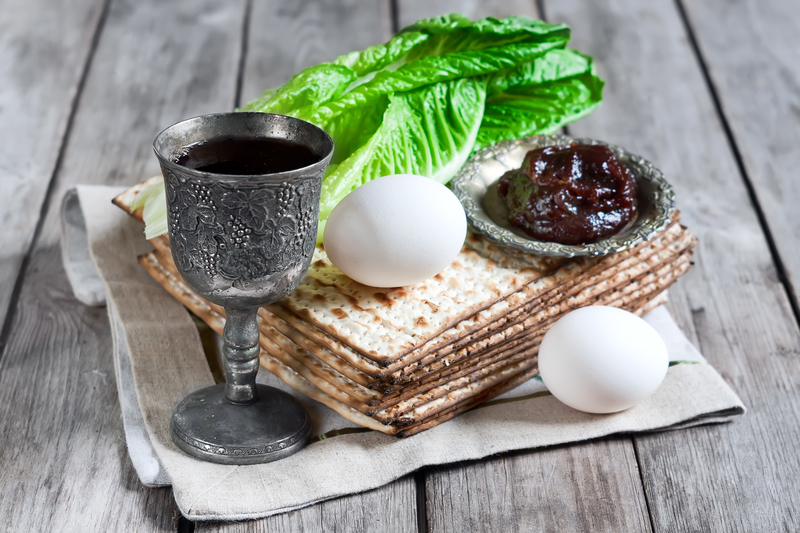 The festival of Passover commemorates the Exodus of Jews from Egypt over three thousand years ago. The timeless and universal message of this holiday is that slaves can go free, and that the future can be better than the present.

Passover, or Pessach as it is called in Yiddish, begins in the middle of the Hebrew month of Nissan, the first month on the Jewish liturgical calendar. It generally corresponds with late March or early April on the Gregorian calendar.

Passover is known as the Feast of Unleavened Bread. It lasts for seven days in Israel, eight in the diaspora. In 2014 Passover takes place April 14-22.

In preparing for Pessach, Jews remove every trace of chametz … or leaven … from their homes and vehicles. This act symbolizes the haste with which the Jews left Egypt; they did not even have time to let their bread rise.

It is also a symbolic purification ritual … removing the “puffiness” of arrogance and pride, which separates us from one another, and from our Creator.

The eating of Matza, or unleavened bread, is very important to Jews during this time. The scrupulous ritual avoidance of impurity, symbolized by leavening, helps Jews to observe the proper spirit of this festival.

According to the Jewish faith, the key to salvation is the divine, creative capacity within us. The awakening of this higher faculty will lead to universal awakening, and freedom from restriction … as represented by the Exodus. Jews will continue to recount the Exodus story each year at Pessach, until this destiny is finally realized on behalf of humanity as a whole.

In the 20th century, Jews in the former Soviet Union considered living in the Soviet Empire of Evil the same as living in slavery in Egypt.

In Soviet Ukraine, it was very difficult to keep Kosher. Baking Matza was banned by the soviet authorities. Jews had to establish secret Matza bakeries in private homes; … hand-built brick ovens heated by wood, and operated during the night. Every morning the ovens were thoroughly cleaned to remove any evidence of matza-baking from suspicious KGB eyes.

The distribution of Matza was also dangerous. Even in the last years of communism, during glasnost, Matza baked in Slavuta, Khmelnitsk region was still packed in cartons labeled as butter, or other food products, to disguise them during transport.

Many Jews were afraid of being caught by KGB buying the forbidden Matza, so they baked their own at home … as in ancient times.

The absence of kosher meat and other kosher food products in the former Soviet Union meant only Matza, potatoes, eggs, and vegetables for the eight days of Pessach celebrations.

However, Pessach is one of the most important holidays for religious Jews … and even for less observant Jews. So, in Soviet Ukraine, Jews observed Passover as best they could … albeit always very carefully.

For example, the first and second Pessach Seders, or dinners, were for families only. No strangers were ever invited … for fear of inadvertently letting in a KGB informer.

After the collapse of communism, life improved for Jews in Ukraine. Today there is a bakery at the 29, Shchekavitska synagogue in Kyiv. The baking of Matza there follows strict kosher protocols, and the bakery ships Matza all over the World.

It is now possible to buy kosher foods and wine in Kyiv. Jews of Lviv will be celebrating in the main synagogue as well as at the ruins of the Turei synagogue, or the Golden Rose synagogue, in the old Jewish quarter of medieval times.

Today, Jews in Ukraine are thankful to celebrate Passover freely. And they stand shoulder to shoulder with their non-Jewish Ukrainian friends and neighbors … united in their wish to live in a world where peace, prosperity and mutual respect prevail.