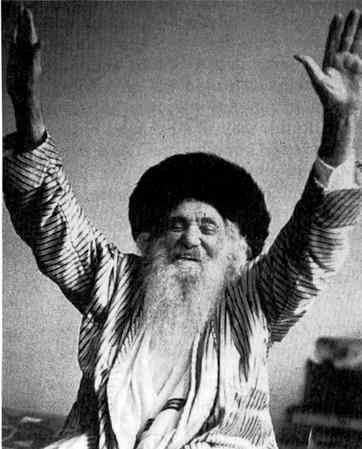 Those are the words of Rebbe Nachman, founder of the Breslov Hasidic movement.

In his short life, Rebbe Nachman achieved much acclaim as a teacher and spiritual leader, and is considered a seminal figure in the history of Hasidism.

He was born in 1772 in the village Medzhybizh, Ukraine. His great-grandfather was Baal Shem Tov, the founder of Hasidic Judaism.

As a young boy Nachman was extremely pious, spending much of his time time praying and meditating in the nearby forest, and diligently studying Kabbalah.

In accordance with the custom of his time, he was married at the age of 13, soon after his Bar Mitzvah. His wife was Sashia, daughter of a Rabbi from a nearby village. They had eight children, of whom four daughters survived, with known descendants to today.

Rebbe Nachman gained an ardent following, including one of the senior leaders of the Hassidic movement. He openly addressed issues such as addiction and compulsive behaviours, and was a strong proponent of experiencing joy in the earthly realm through spirituality.

Another of Rebbe Nachman’s well-known sayings is, “It is a great mitzvah to be happy.”

His emphasis on personal development rather than external displays of piety may explain the attraction of Breslov Hasidism to notable individuals such as Franz Kafka, Elie Wiesel and many other artists, musicians, scientists, lawyers, athletes, and scholars.

However, Rebbe Nachman’s success was not without conflict. Many other Hasidic leaders opposed his teachings and resented his success. Eventually Nachman moved to Breslov, to escape the bitter struggles. There his movement gained momentum and became known as Breslov Hasidism.

In October of 1810, at the age of 38, Rabbi Nachman died in Uman. Suffering from tuberculosis, which had claimed the life of Sashia several years earlier, his wish was to be buried in Uman … where some twenty thousand Jews perished in the Haydamak rebellion of 1768.

Until 1917, this pilgrimage drew thousands of Hasidim to Uman from all over Ukraine, Belarus, Lithuania and even Poland. After the Bolshevik Revolution, Communist authorities regularly raided the gathering and arrested and imprisoned worshippers. The oppression ended with the fall of Communism in 1989.

Today, more than 20,000 Jews from all over the world participate in this annual pilgrimage, called the Rosh Hashana kibbutz, to visit the grave of Rebbe Nachman of Bratslav.

This is Renata Hanynets in Lviv, Ukraine.